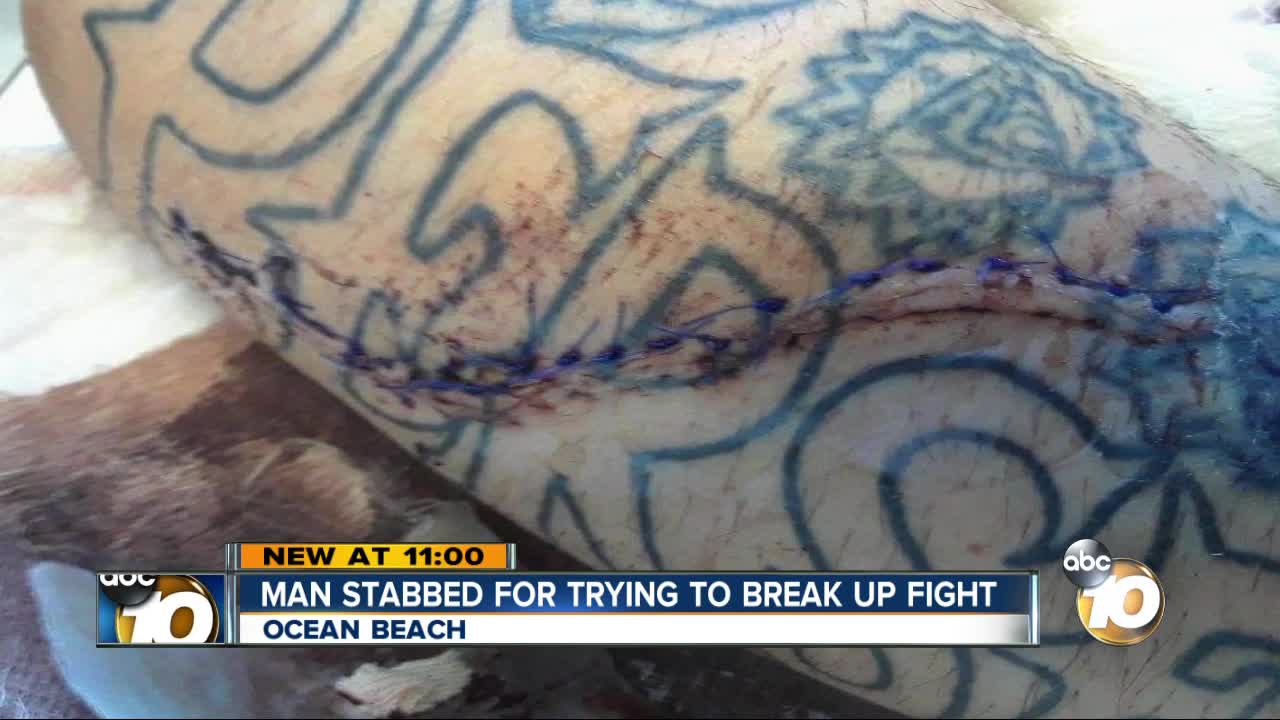 Man stabbed for trying to break up fight 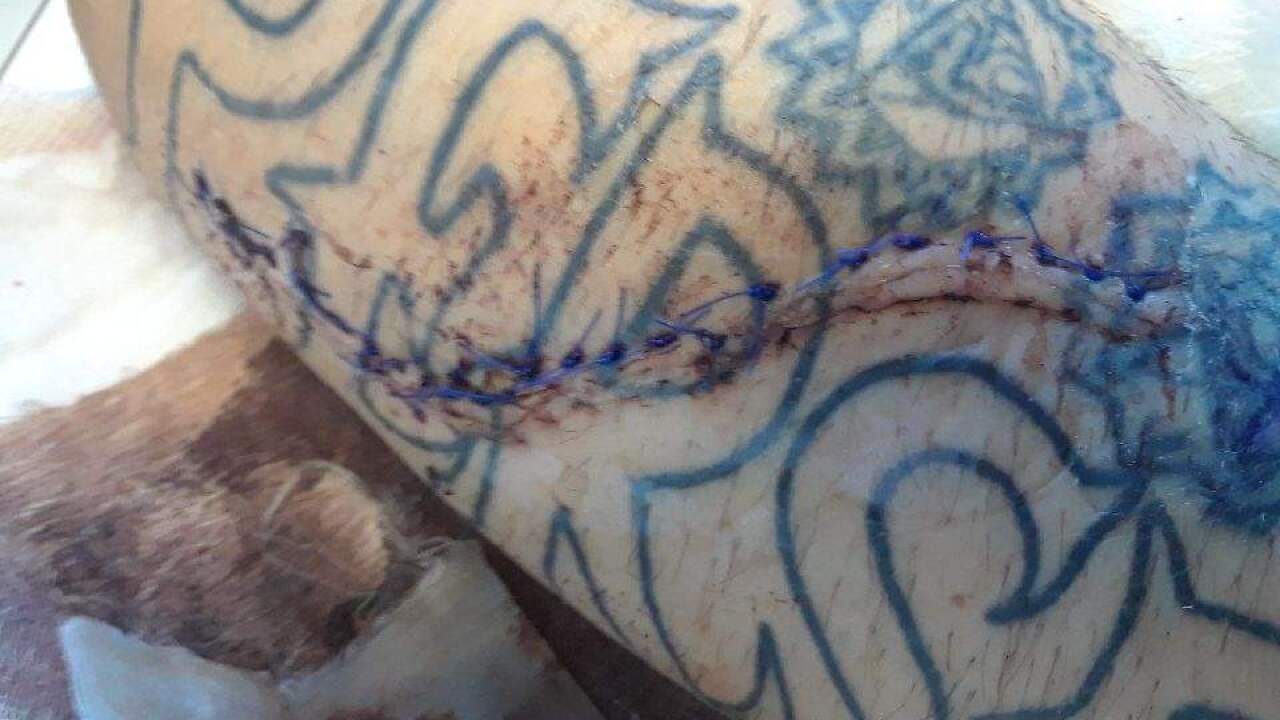 SANTEE, Calif. (KGTV) - An East County man is recovering after he was stabbed outside an Ocean Beach bar for trying to break up a fight.

Kaya Hall says he was stabbed just after midnight on Jan. 17, in an alley outside Winston’s Beach Club.

“I was going to my car, and I saw a friend of mine in a fight with someone else,” he said. “I went over there and like two people jumped on him, and it was like “oh no” gotta get this guy off. A fifth guy came up and stabbed me. I thought I just got punched. I looked down, and I was gushing blood.”

Whoever stabbed him got away.

Hall says there were tendon and nerve damage to his arm and he had to undergo surgery. It’s going to take about six months for his arm to heal properly.

Hall plays guitar in two bands and bartends. He can’t do either of those things with his hand in a cast. He says he can still do vocals for his bands, and mix music.

Police are investigating the case. Any witnesses or people with information is asked to call the San Diego Police Department.