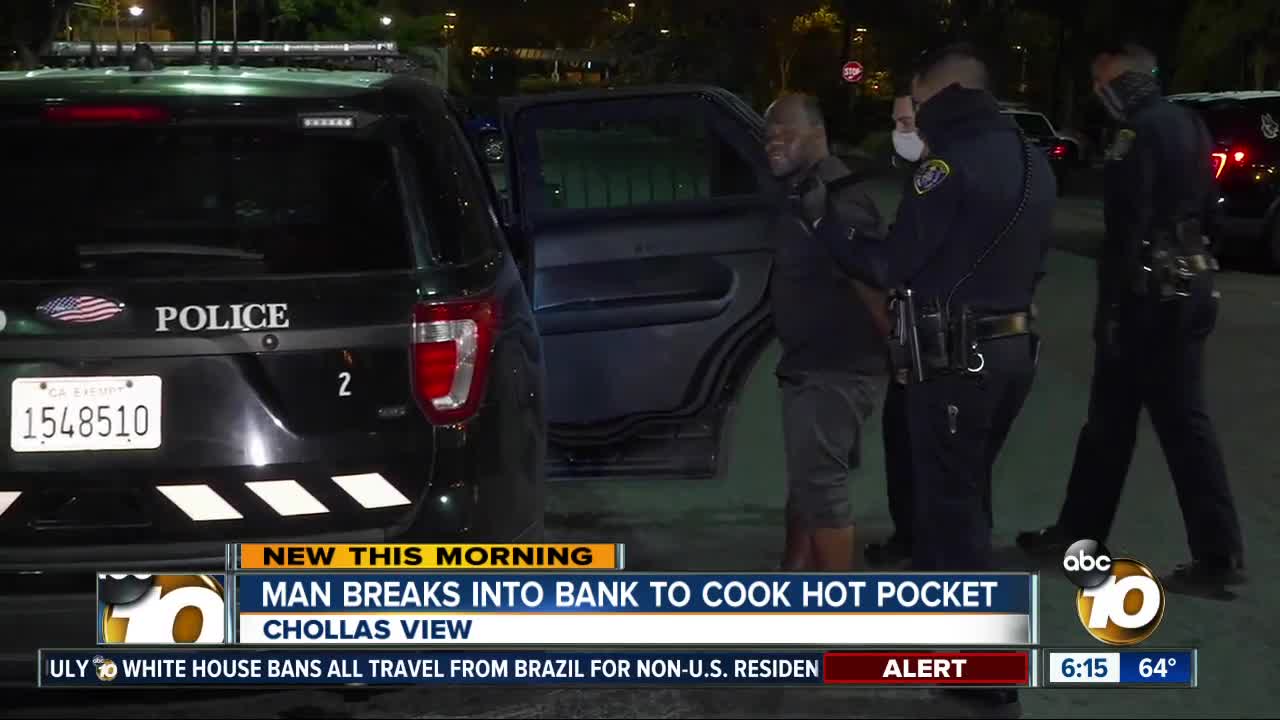 A man told 10News as he was being arrested that he broke into a Chollas View Wells Fargo bank so he can heat up his Hot Pocket sandwich.

SAN DIEGO (KGTV) -- A man who was arrested on suspicion of breaking into a Chollas View bank early Wednesday morning apparently entered the branch just so he can heat up his Hot Pocket sandwiches.

At around 3:30 a.m., San Diego police were dispatched to the Wells Fargo bank branch on 346 Euclid Ave. after a burglar alarm had gone off.

Responding officers arrived to find a broken window near the bank’s drive-thru.

The alarm company told police that surveillance cameras inside the branch captured a man inside a break room and using the microwave.

After about an hour, officers broke through the front doors and located the man inside.

As officers took him outside and arrested him, the man told 10News’ Breaking News Tracker that he entered the bank just so he can microwave his Hot Pockets.

When asked if the Hot Pockets were worth it, the man responded, "Hell yeah it was worth it."

Police did not release any further details on the incident.