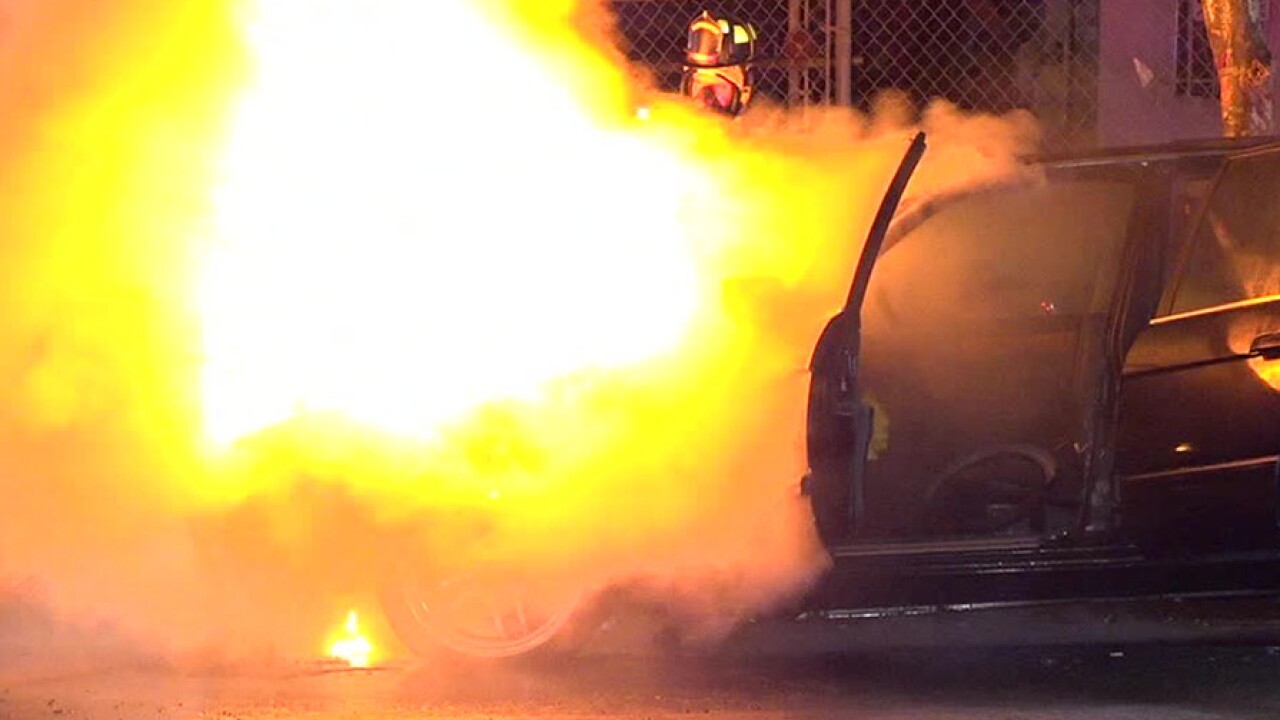 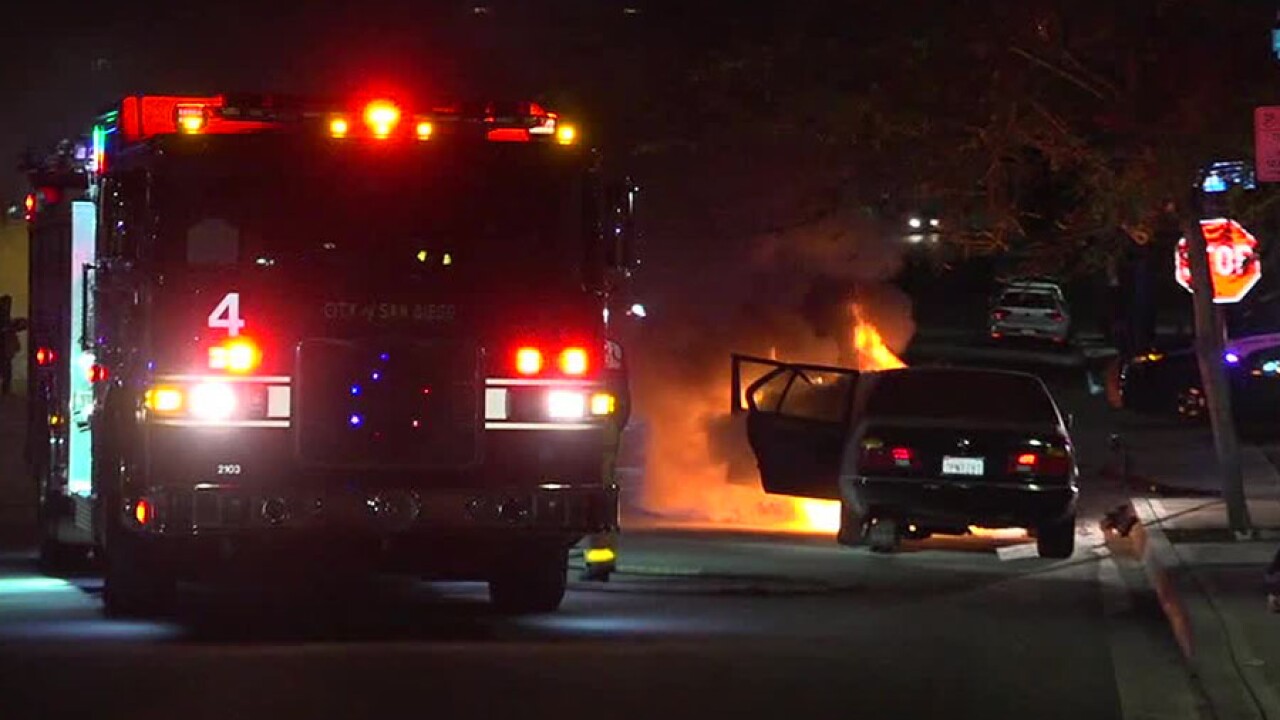 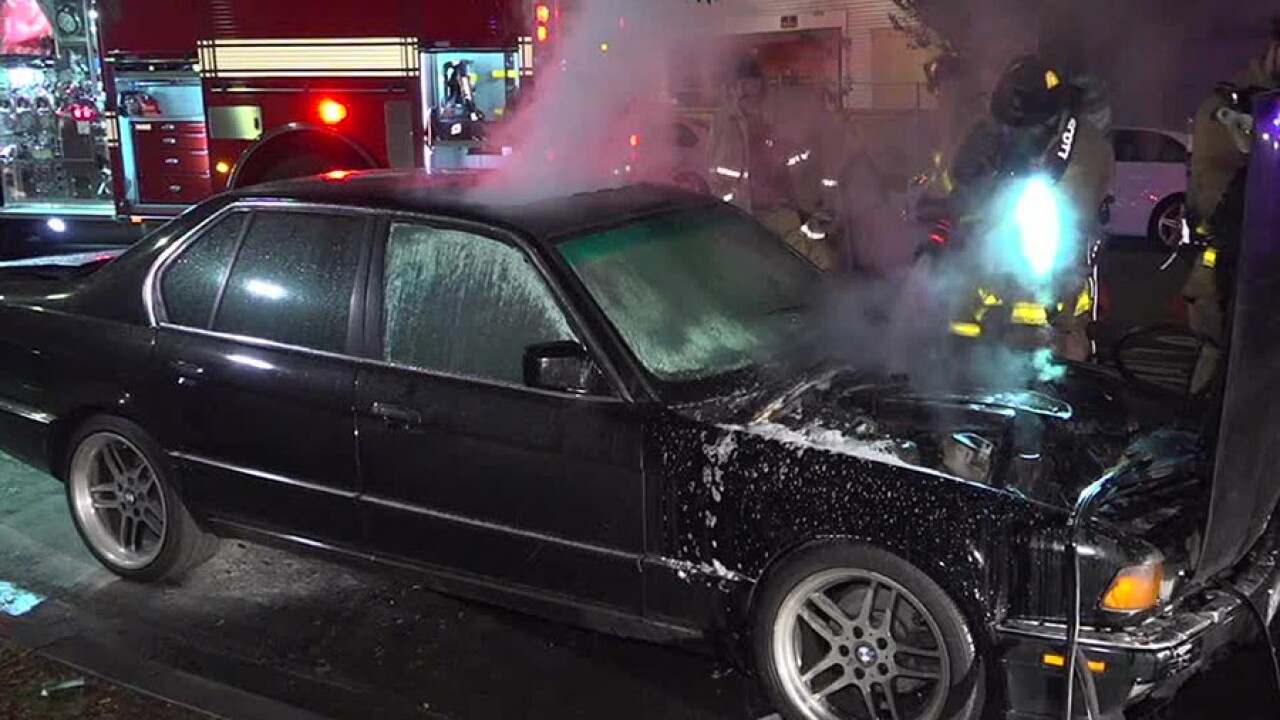 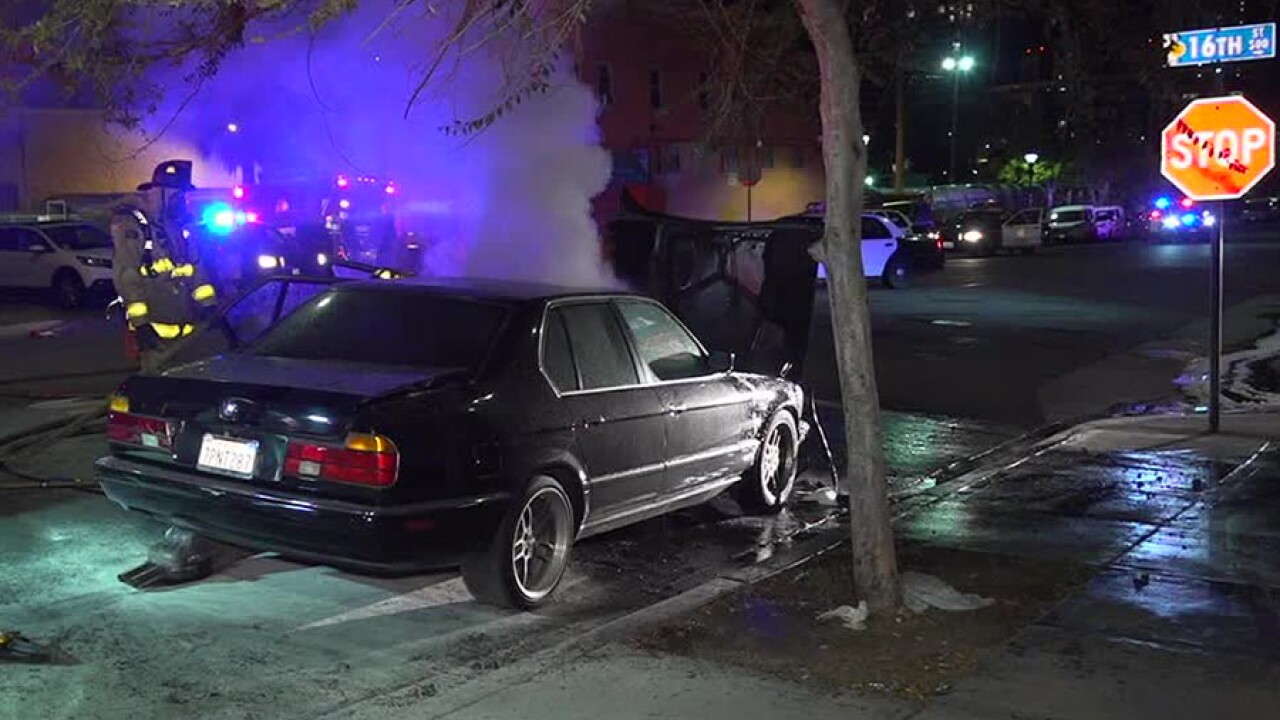 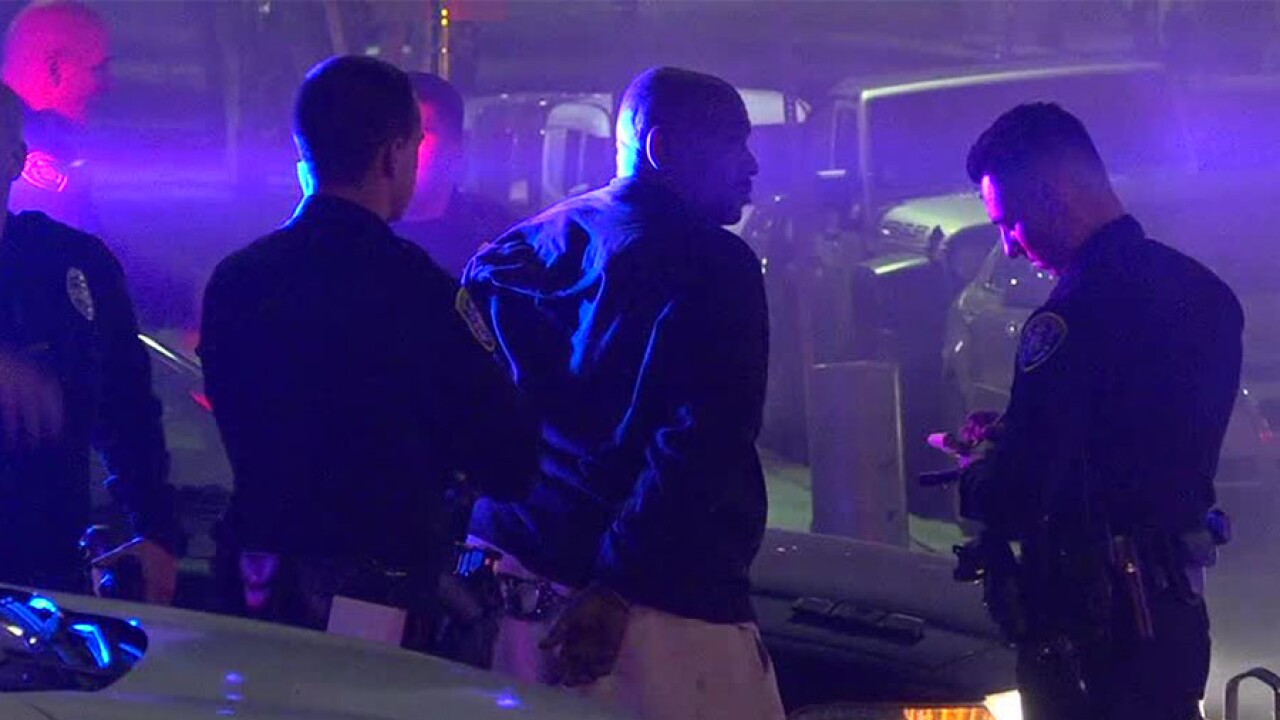 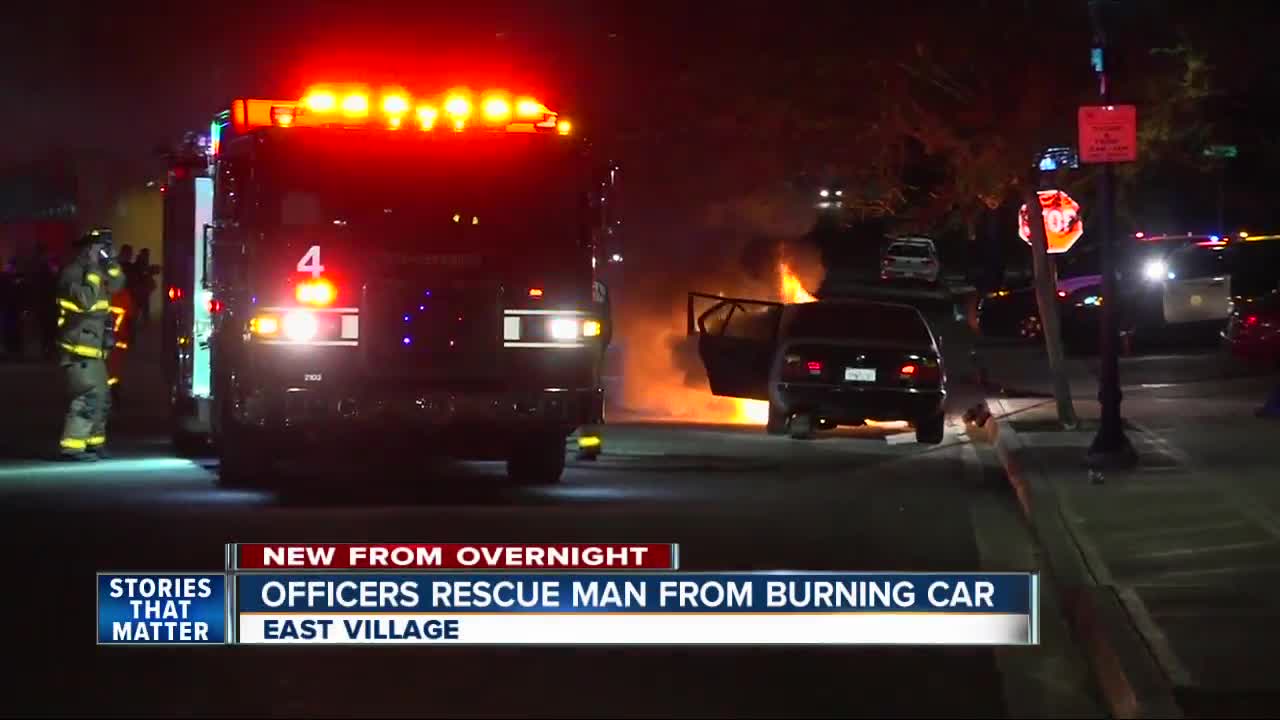 SAN DIEGO (KGTV) - Three San Diego police officers rescued a man who was passed out behind the wheel as flames engulfed his BMW.

The three officers were on their way to another incident when they spotted a parked car on fire in the 1500 block of K Street at around 1:45 a.m. Tuesday.

The officers pulled an unconscious man from the car and tried to put out the fire with extinguishers until firefighters arrived.

Firefighters were able to knock down the flames a short time later.

As officers tried to talk to the man, he became angry and yelled at the emergency responders who just helped him.

Police said based on how he was acting, the man was likely to be rejected by detox, which would place him into police custody on suspicion of DUI.

The cause of the fire is under investigation, but a witness told 10News he heard the car revving its engine minutes before the fire erupted.