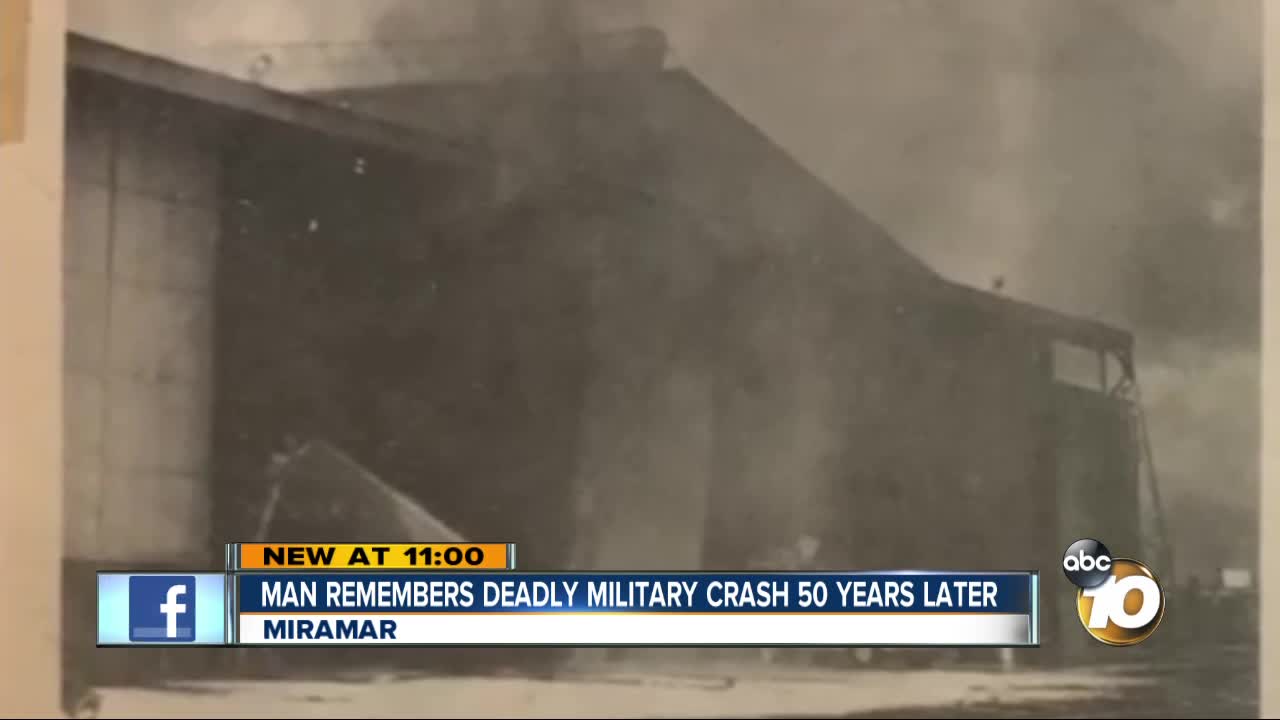 Monday, Dec. 22, 1969 was Darwin Ludi's first day back from Christmas vacation. He was on rotation at the Balboa Naval Hospital in the morgue as a Navy Corpsman.

When he walked in that morning he described the horrifying sight, "there were body bags along the hallway and I was like, 'What is going on?"

He said the men were unrecognizable. He said the initial shock stayed with him for months and to this day is his strongest memory.

"We did the autopsies over a couple of days and the smell just lingered," he said somberly.

Photos from MCAS Miramar's archives capture the panic and pain. Around 10:30 a.m. one article says the pilot of an F-8 Crusader ejected after reporting low oil pressure and engine seizure. He said he had no control over the plane.

After ejecting, the plane veered right, according to the article, straight into a hangar.

"They had, from what I understand, probably 60 some people working in the hangar at the time," Ludi said.

The article described a 'big ball of flame belch[ed] from the doorway' then more explosions. "With all the like I said ordnances and it was fuel tanks in there, they were blowing up," Ludi said.

The article stated at least 12 were injured from the crash, two jets were destroyed, another damaged extensively. The damage initially tallied around $20 million.

Fifty years later he hopes telling their story will keep those who made the ultimate sacrifice from being forgotten, "as long as I'm around hopefully things like this come out, because it's important. It's important to the San Diego community."

Important especially in the middle of the holiday season.