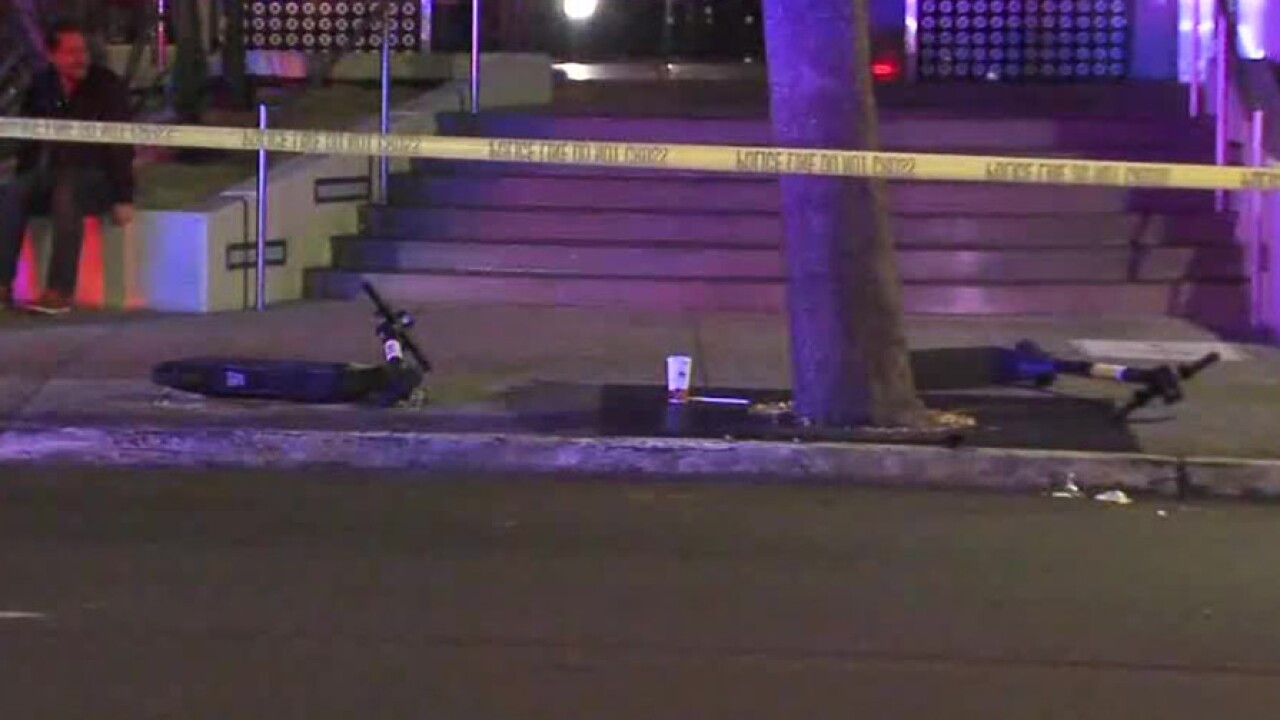 San Diego police officials said 53-year-old Christopher Conti passed away at the hospital on March 15 two days after crashing into a tree on 10th Avenue.

According to police, on the evening of March 13, Conti was riding a scooter on the sidewalk of 10th Avenue and tried to make a left turn at B Street, but he hit a tree.

Conti, who was not wearing a helmet at the time of the crash, suffered serious head injuries, police said.

Investigators have not yet determined if alcohol was a factor in the crash.

San Diego police said Conti was from Woodstock, Georgia, but no other information on the victim was released.