Man hurt after jumping off I-5 near Coronado Bridge 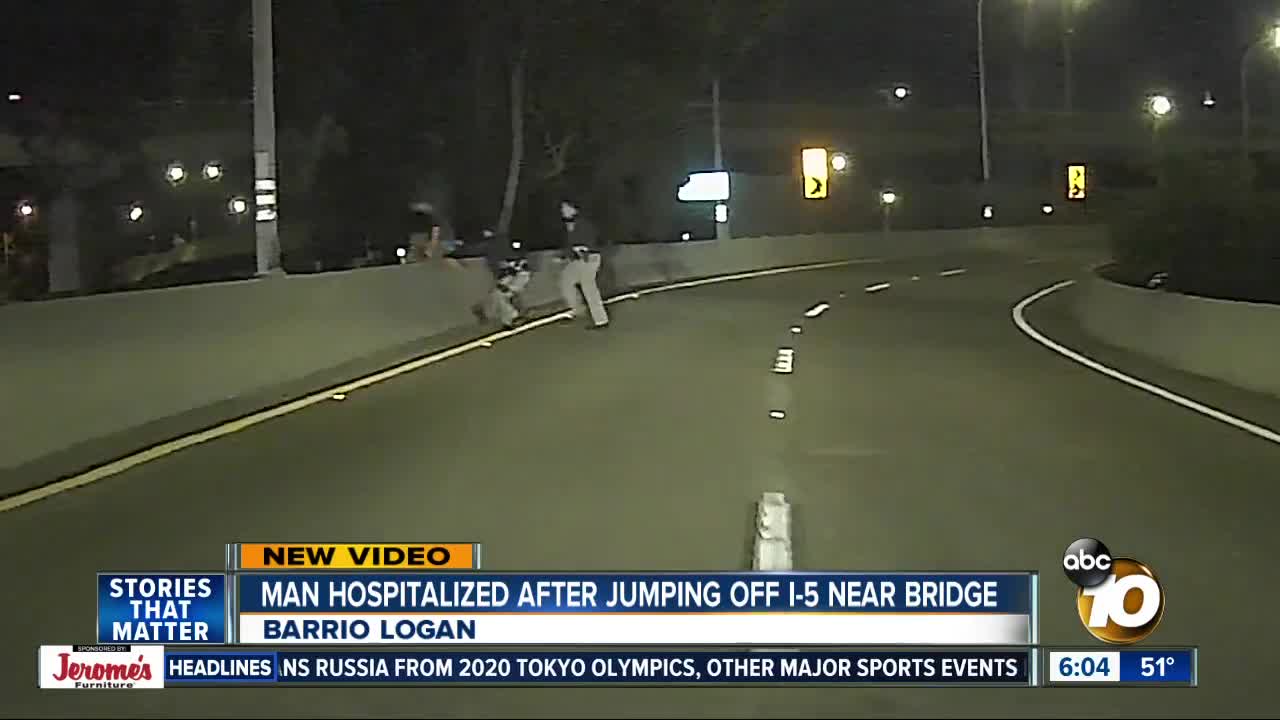 A man was injured after he jumped from a freeway ramp near the Coronado Bridge as he was being pursued on foot by CHP officers.

SAN DIEGO (KGTV) -- A man running on freeway lanes in the Barrio Logan area was hospitalized after he jumped from an on-ramp while being pursued by California Highway Patrol officers.

At around 10:15 p.m. Monday, the CHP received multiple reports of a man running on the northbound and southbound Interstate 5 lanes near Imperial Avenue.

Witnesses told the CHP they saw the man waving at cars in a possible attempt to stop them.

Responding officers tried to make contact with the man, but he fled, leading to a foot chase on the freeway lanes.

As officers closed in, the man leaped off the southbound I-5 on-ramp to the Coronado Bridge. The man landed on the pavement of Cesar Chavez Parkway.

The unidentified man suffered injuries from the nearly 15-foot fall and was taken to the hospital. His condition is unknown.

Officers said they believe the man was under the influence of narcotics.

It remains unclear what charges the man will face.