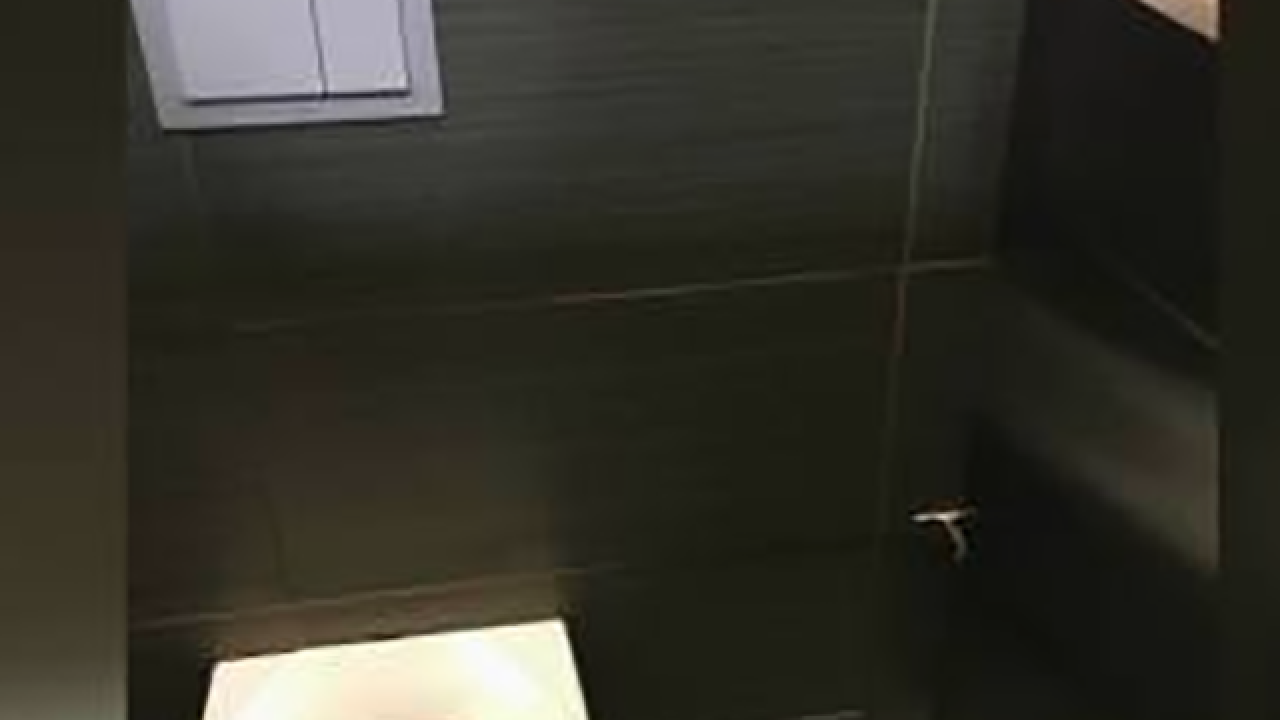 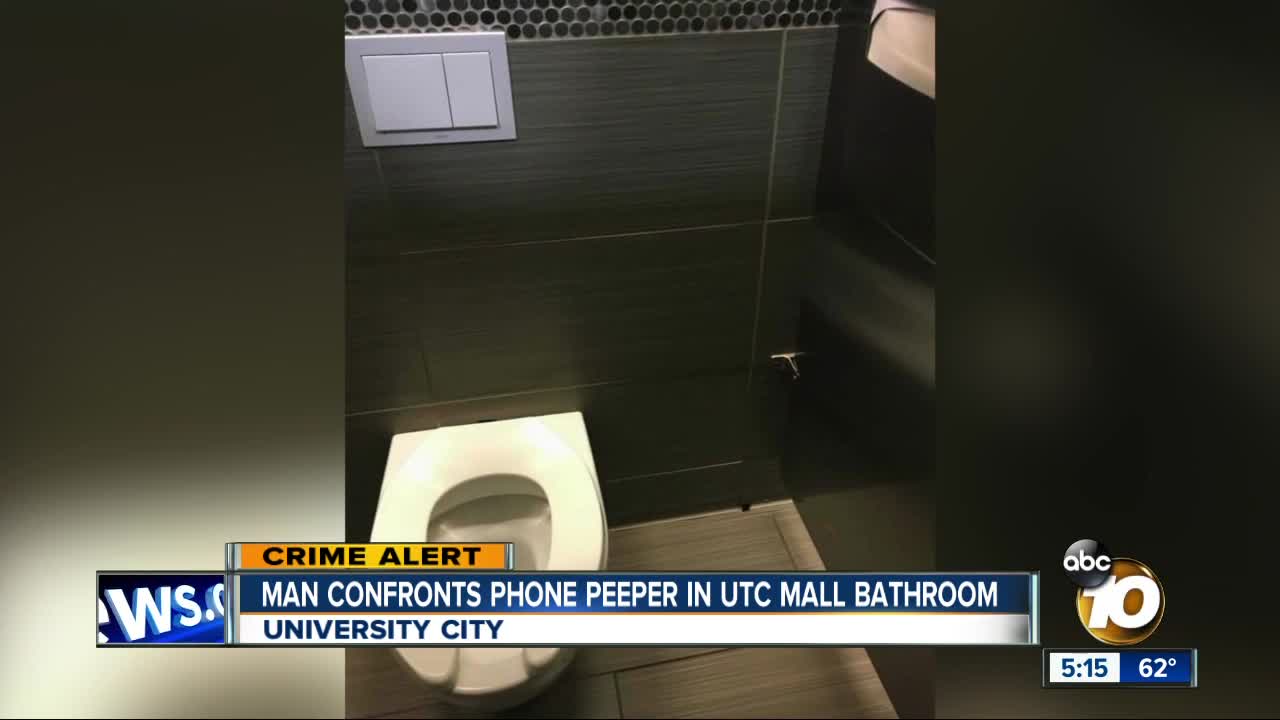 SAN DIEGO (KGTV) - A shopper at Westfield UTC mall got a disturbing surprise while going to the bathroom, in the form of a cell phone's camera lens.

Around noon on Saturday, amid a busy holiday shopping day, Mike Gonzalez went to the bathroom. His wife and 5-year-old daughter were waiting for him in the nearby food court.

"The urinals were taken so I went into the stall," said Gonzalez. Gonzalez went inside the stall at the far end.

"I'm finishing up my business, and I see a cell phone pop out of the stall next to me and pop back like that," said Gonzalez.

He says the phone slid against the back wall just enough for the camera lens to be visible.

"I was angry and felt violated," said Gonzalez. He told another man to get mall security before turning his attention to the stall.

"When you looked at the stall, he had it blocked with paper towels. You couldn't see in, top to bottom. Kicked the door a little and told him to get out," said Gonzalez.

Gonzalez says the man that emerged was in his early 20s, about 5'10", 175 lbs, with curly, light brown hair. Gonzalez told him what he saw and the man denied it all.

"I was pushing him back, holding him in place so he couldn't leave," said Gonzalez.

The shoving moved into the hallway, before the man slipped away and raced off. Gonzalez says what makes his skin crawl the most is the paper towel setup, which may mean the man had been in there awhile, taking photos.

"The scariest thing is probably what if there were kids in there. You can put photos and videos online. Who knows what he does with it," said Gonzalez.

Gonzalez filed a report with San Diego Police. 10news reached out to Westfield, but a spokesperson declined to comment, citing an active police investigation.