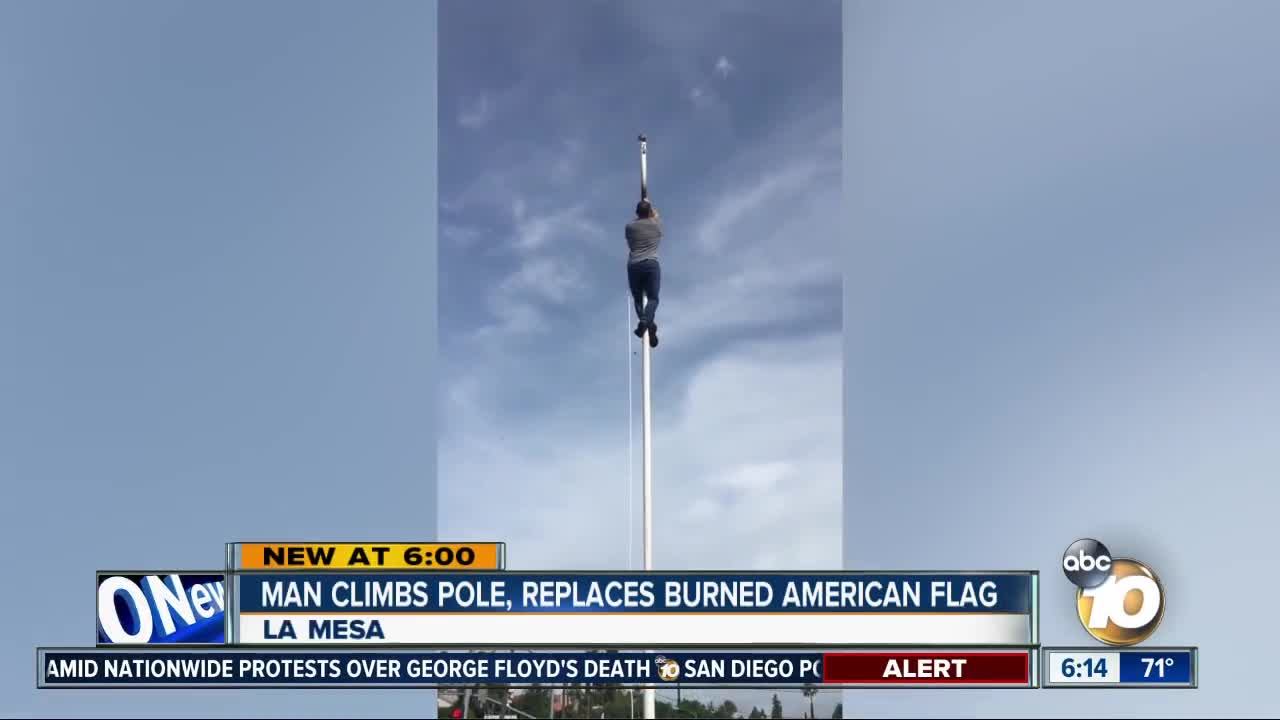 A man went on a towering mission up a pole, a day after vandals left their mark at an American Legion post in La Mesa, including the burning of a flag. 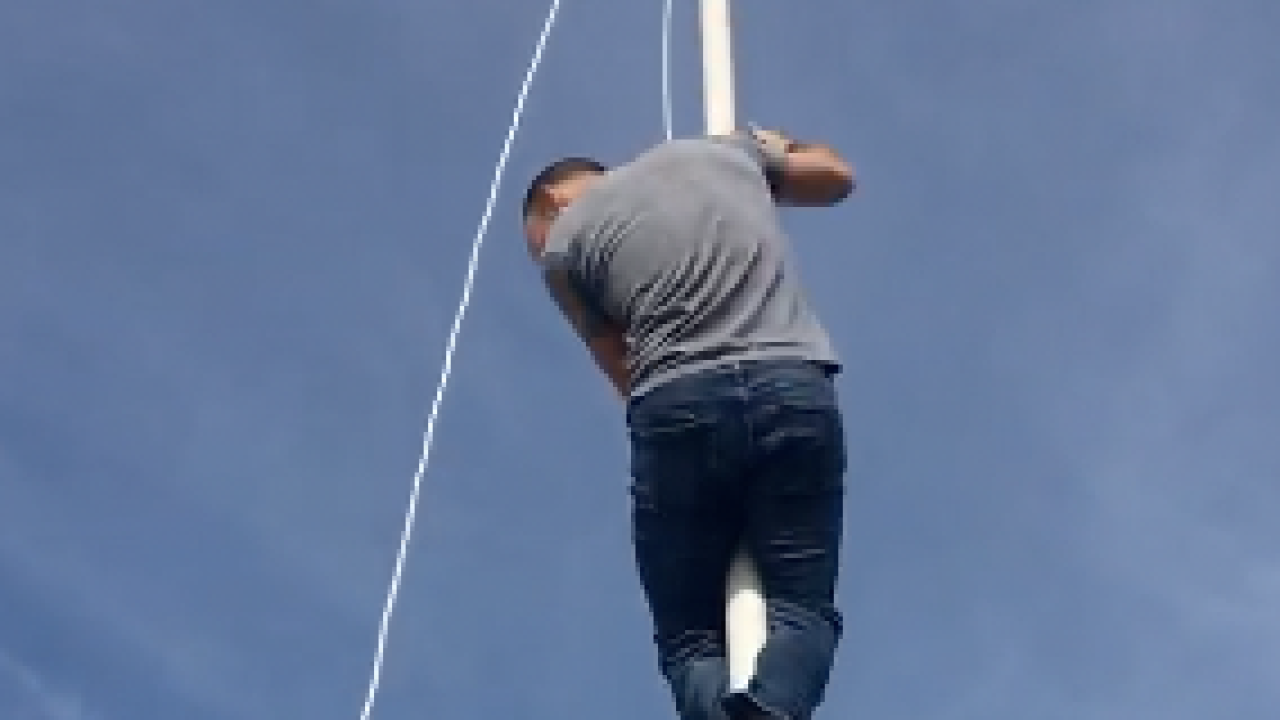 LA MESA, Calif. (KGTV) - A man went on a towering mission up a pole, a day after vandals left their mark at an American Legion post in La Mesa, including the burning of a flag.

Just before 8 p.m. Saturday, a burning American flag was recorded being hoisted up a pole at American Legion Post 282. Before the night would end, vandals would also tag walls and shatter windows there. But it was the image of the burning flag that sent Cory into action after he saw the video Sunday morning.

"Really got me sad and upset at the same time," said Cory.

A short time later, Cory was spotted on a flag pole outside the American Legion post, after a drive from his home in Lakeside. The CrossFit enthusiast making that 60-foot climb, quickly.

After shooting to the top, Cory would thread a new rope he brought along, before going back down and hanging the new flag, an extra one he had been storing in his home. Cory isn't in the military but has family and friends who have served.

"Everyone has a right to protest, but I think it went too far when they disrespected the flag," said Cory.

"I could not have been more proud of someone doing that," said Porath.

For Porath, his emotional compass did a complete 180. After a night of heartbreak caused by the vandalism, he discovered some newfound optimism. In the middle of our interview with Cory, Porath phoned in. They spoke for the first time.

"What you did was wonderful and courageous. My hat is off to you," said Porath.

"Just me doing my part. We appreciate what you and other veterans have done. Just a small thing we can do to show that," answered Cory.

Cory was one of more than three dozen volunteers that helped in the cleanup at the American Legion post.

Porath says they'll likely have to repaint the entire building, which could cost more than $30,000.