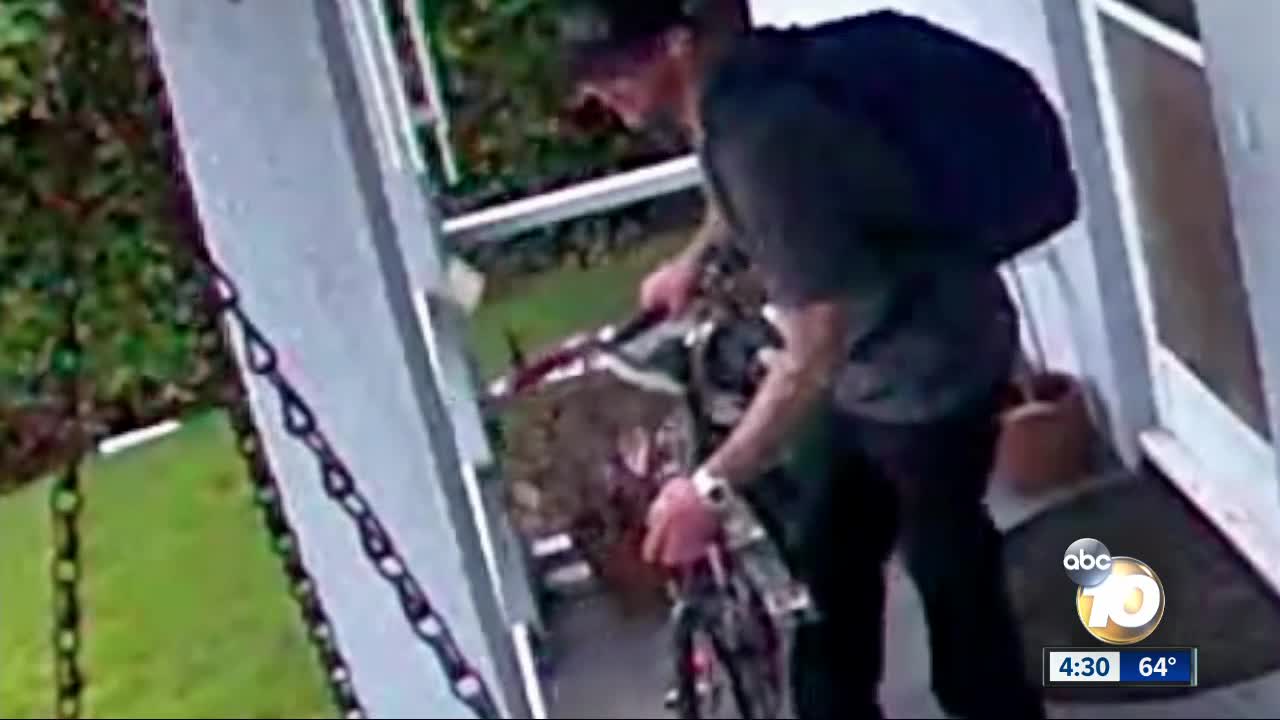 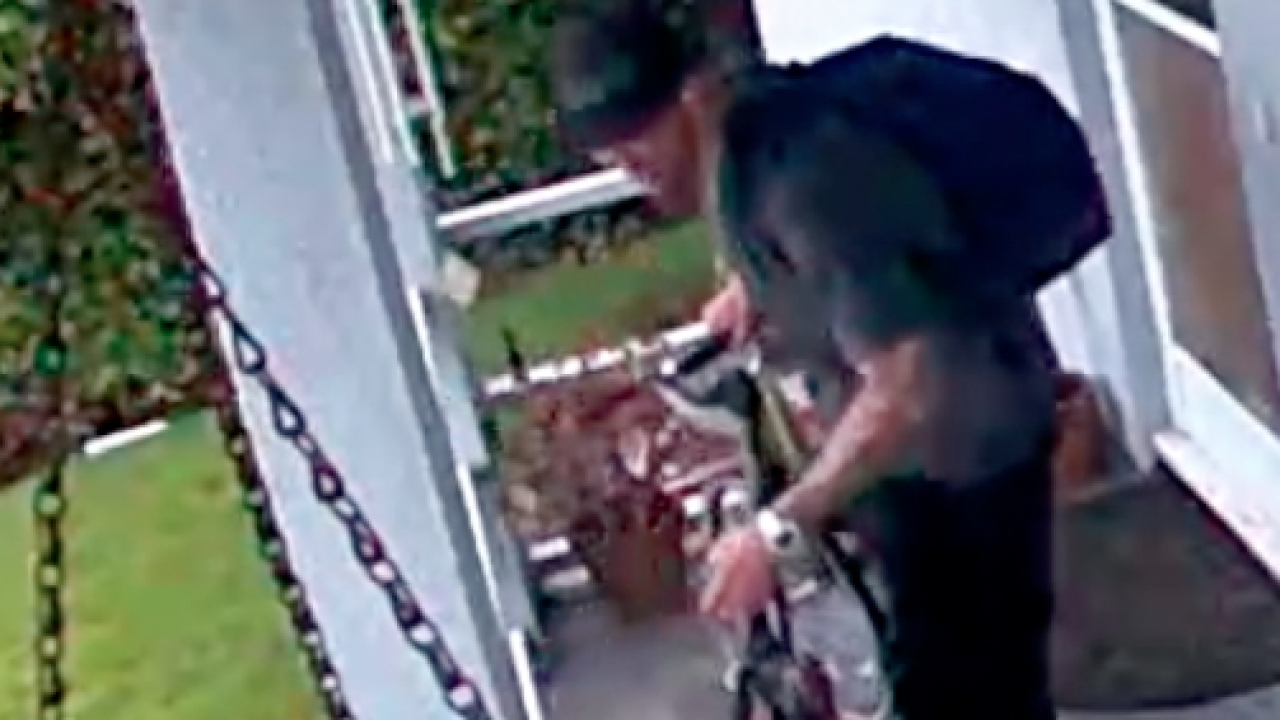 SAN DIEGO (KGTV)— A Point Loma boy must now walk to and from school after a thief stole his custom BMX bike.

BMX riding is 9-year-old Bradley Ramos' favorite pastime. It's a passion that runs in the family. His father, Aaron, dabbled it in as a child. So did Bradley's cousin, Tyler.

"This bike was actually his cousin's bike when his cousin was his age. Now his cousin is 21 years old, so the bike has been in the family for a while," Ramos said.

That was, until Memorial Day morning. Bradley's mother noticed the bike was missing from their front porch.

"My bike and my helmet got stolen," Bradley said.

The family's security camera captured a man walking away with Bradley's bike. The video shows the young man with arm tattoos wearing a hat and backpack. He looks to be wearing glasses and a distinctive white watch.

"It kind of sucks because I have to get rides to school now when usually, I'd ride my bike and it's way quicker," Bradley said.

The bike theft is the second in as many weeks for the Ramos family. Last Monday, thieves made off with at least $3,500 worth of tools from Ramos' work truck.

"Since that's been happening, we've been bringing the bike in, and we didn't do it just that one night, and it was gone," Ramos said.

The BMX bike has thin red wheels with a racing number plate in the front handlebars. It's not a common model, so the Ramos family is asking people to keep an eye out, and alert authorities if they spot it.

To the man who made off with the Ramos' family heirloom, Bradley and his father have a stern message.

"Give it back, and never come back to this neighborhood again," Bradley said.

"You're stealing from a little boy. That's not cool," Ramos said.

If you spot the bicycle or the man in the video, call the San Diego Police Department's anonymous tip line at 888-580-8477.