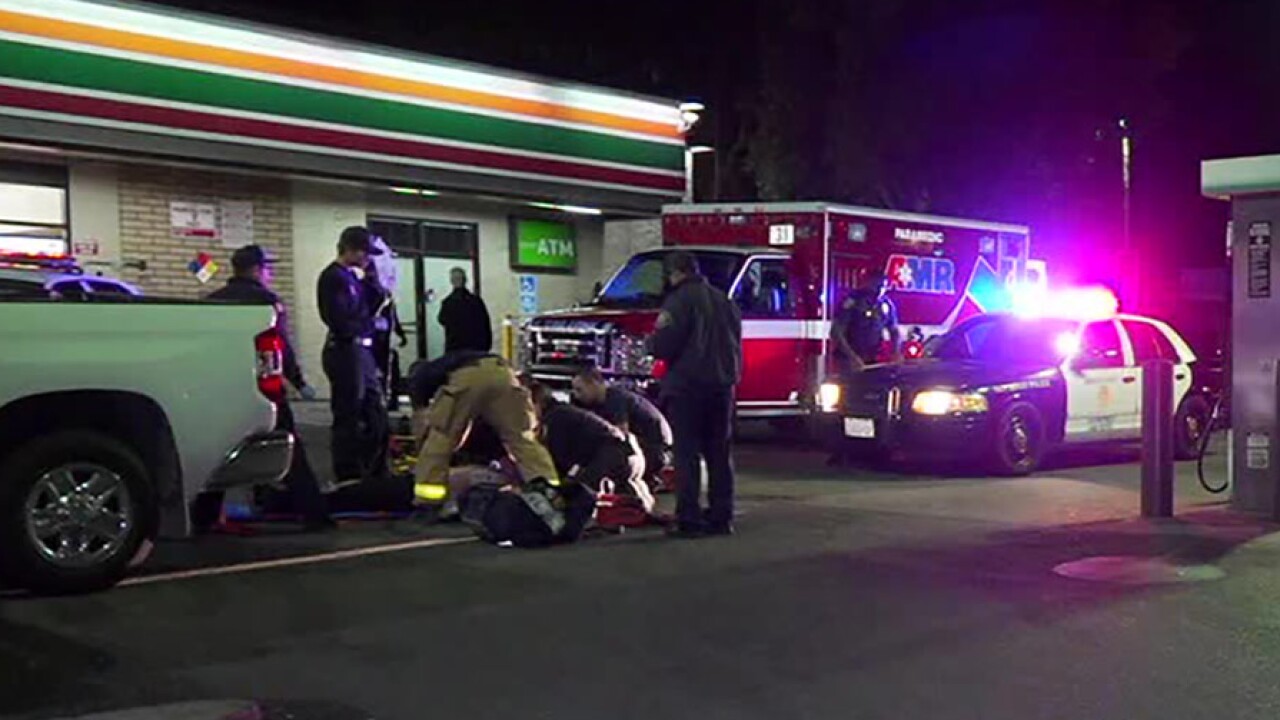 SAN DIEGO (KGTV) –- A man was found brutally beaten in the parking lot of a Rolando-area 7-Eleven, police said Tuesday.

The incident was reported at around 4:15 a.m. at the convenience store on 6571 El Cajon Blvd., according to San Diego police.

Store clerks said a customer ran into the store and told them a man was attacked by another person. The witness said the attacker beat the victim with a bicycle or a part of a bike.

The victim was lying on the ground and not breathing when clerks got to him.

Responding paramedics performed CPR for several minutes and then rushed the injured man to the hospital.

10News learned the victim’s injuries were grave and it was possible he may not survive.

The suspected attacker was last seen running away south on Rolando Boulevard, possibly with a bike.

A detailed description was not immediately provided.

Police are planning to review the store’s surveillance cameras to see if the attack was captured on video.