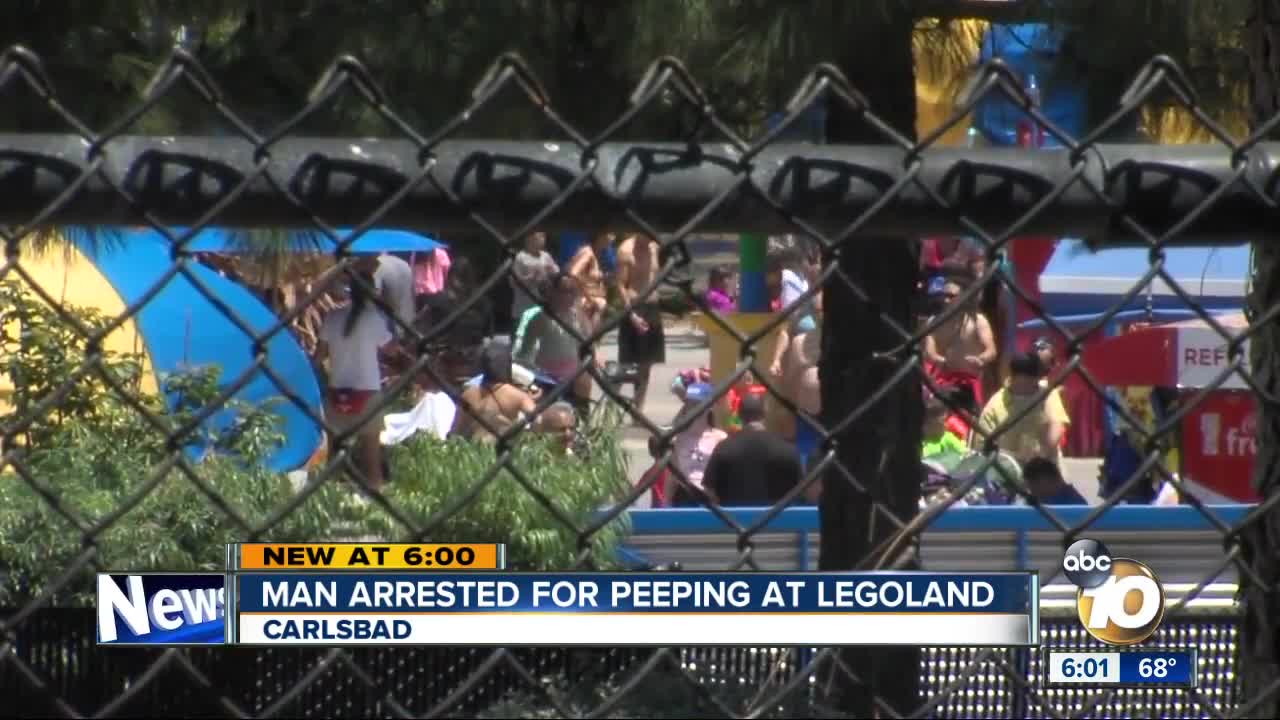 A woman visiting Legoland in Carlsbad was stunned when she spotted someone angling their phone into her changing stall at the water park.

CARLSBAD (KGTV) — A woman visiting Legoland in Carlsbad was stunned when she spotted someone angling their phone into her changing stall at the water park.

"I saw a phone at the corner, which is under the divider of the stalls. So I called out to that person, 'Excuse me, what's that phone doing there?'" Carisma Jucaban recalled.

She thought it may have been a child or just an accident, but it was not.

"As soon as I heard the door open, I ran out to take a look, but he was already making a turn. And I was kind of standing there like, 'What just happened?' My husband is looking at me like, What's going on?' I was like, 'Did you see that guy?'" Jucaban explained.

Jucaban immediately reported the man to Legoland security and within hours they found him. Carlsbad police arrested 26-year-old Anthony Galindo of Los Angeles.

"They looked through his phone and found a bunch of disturbing — they didn't really specify what it was — I don't really want to know. And from there, the police arrested him," she said.

Legoland released a statement that reads in part: "Park staff acted promptly as the safety and security of park guests is the number one priority. Park officials are assisting Carlsbad police with the investigation."

The information about the suspect's phone was given to Jucaban by security. It has not been verified by Carlsbad police.