Man arrested for DUI after crash in Clairemont 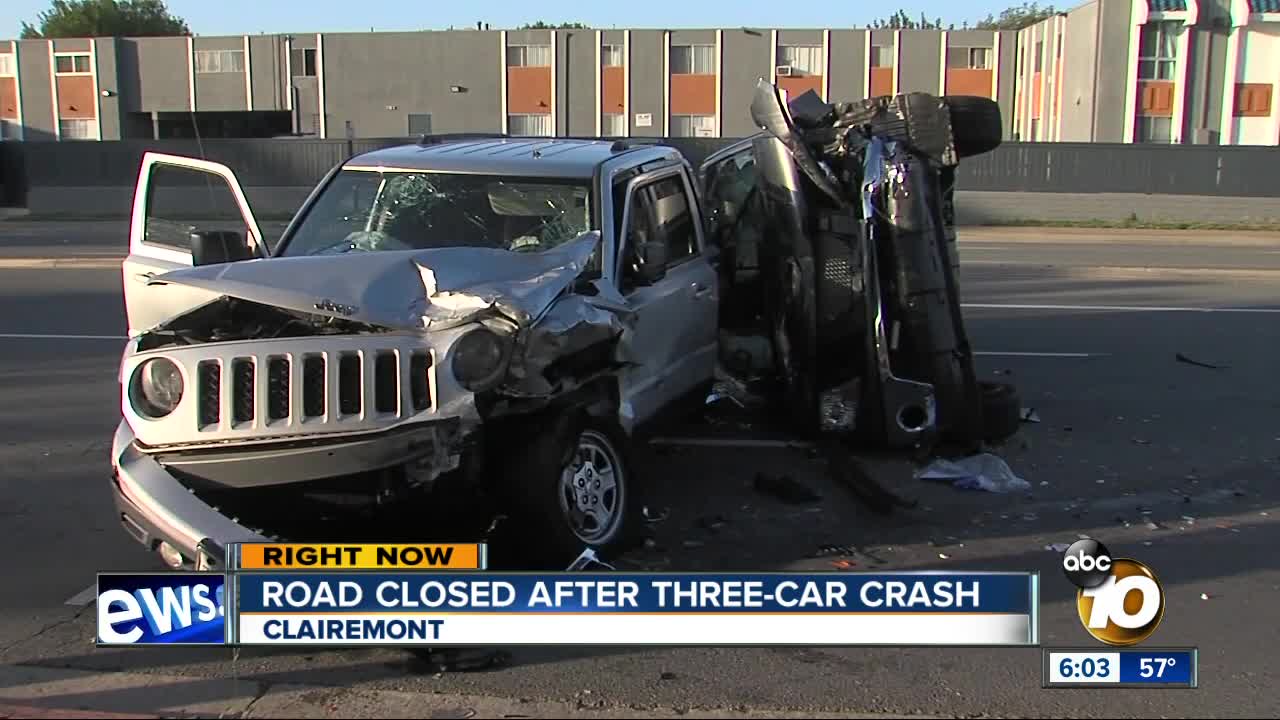 Traffic was backed up throughout the day Monday in Clairemont after three cars crashed.

SAN DIEGO (KGTV) -- Traffic was backed up throughout the day Monday in Clairemont after a crash involving several vehicles.

The crash happened just before 1 p.m. on Balboa Avenue near Albertine Avenue.

According to San Diego Police, a 59-year-old man driving west on Balboa Avenue hit a raised median and crossed into the eastbound lanes of traffic.

Police say he then hit a Jeep Patriot, causing it to slam into a Honda Civic and a Jeep Cherokee.

Police say the driver of the Jeep Patriot sustained a fractured femur and was taken to the hospital. Her passenger also complained of pain. No one else was injured.

The 59-year-old driver of the Nissan Frontier was arrested for DUI drugs.