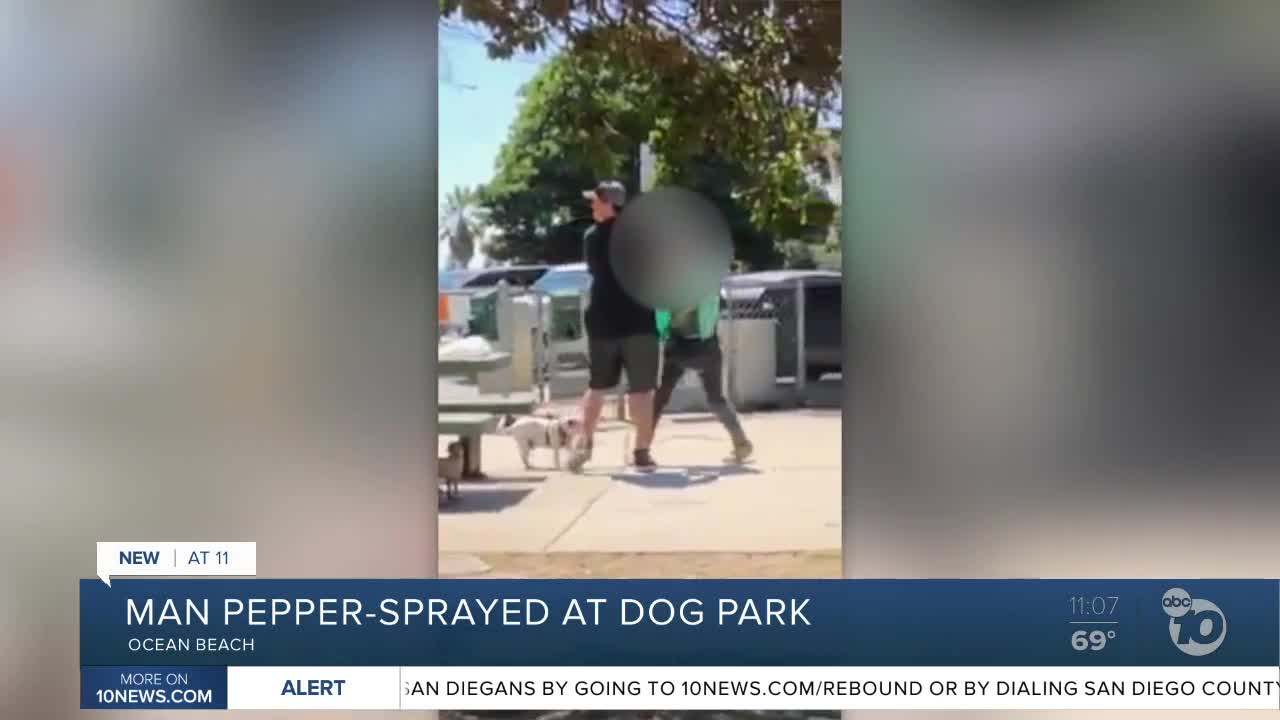 SAN DIEGO (KGTV)- A trip to a dog park in Ocean Beach ended in a hospital visit for one San Diego couple.

“I want her to go to jail, she assaulted my husband, and I’m angry about it,” said Ash O’Brien.

O'Brien said she and her husband were at Dusty Rhodes Dog Park in Ocean Beach Thursday afternoon with their three-month-old puppy. They sat at a picnic table and began enjoying a meal when a woman reportedly confronted them for not wearing facial coverings and eating at the park where there is a no food policy.

The confrontation ended with O’Brien’s husband being pepper-sprayed by the woman.

“If we knew there was a no food policy, we wouldn’t have brought it into the park,” said O’Brien. “The lady who maced him automatically started saying stuff about us not wearing a mask when we were social distancing; there was no one near us.”

O’Brien said that after exchanging words, the woman walked away from the picnic table but returned after a few minutes and did the unexpected.

“She just came up without saying anything and just stuck the mace can right in front of my face,” said O’Brien.

“My husband, being a good guy, walked in front of her and was like ‘hey calm down please don’t do this’ and then she grabbed him and just starting macing him, she used the entire can on him.”

“We drove to the hospital, he got treated and everything,” said O’Brien.

O’Brien said the pepper spray got on her arms and started to burn, while her husband was sprayed in the face.

A witness captured part of the incident on camera and told ABC 10News she was shocked at what she was seeing. She recorded the woman’s license plate number.

The couple filed a police report with the San Diego Police Department. The department confirmed they took a misdemeanor battery report but could not immediately provide further details.

O’Brien was thankful none of the dogs at the park were injured by the pepper spray and wants the woman to be held accountable for the incident.

“People don’t need to be getting assaulted for not wearing a mask in a public outdoor area,” she said.