Making it in San Diego: Affording extracurricular activities for kids

Parents share ways to stay involved and still save 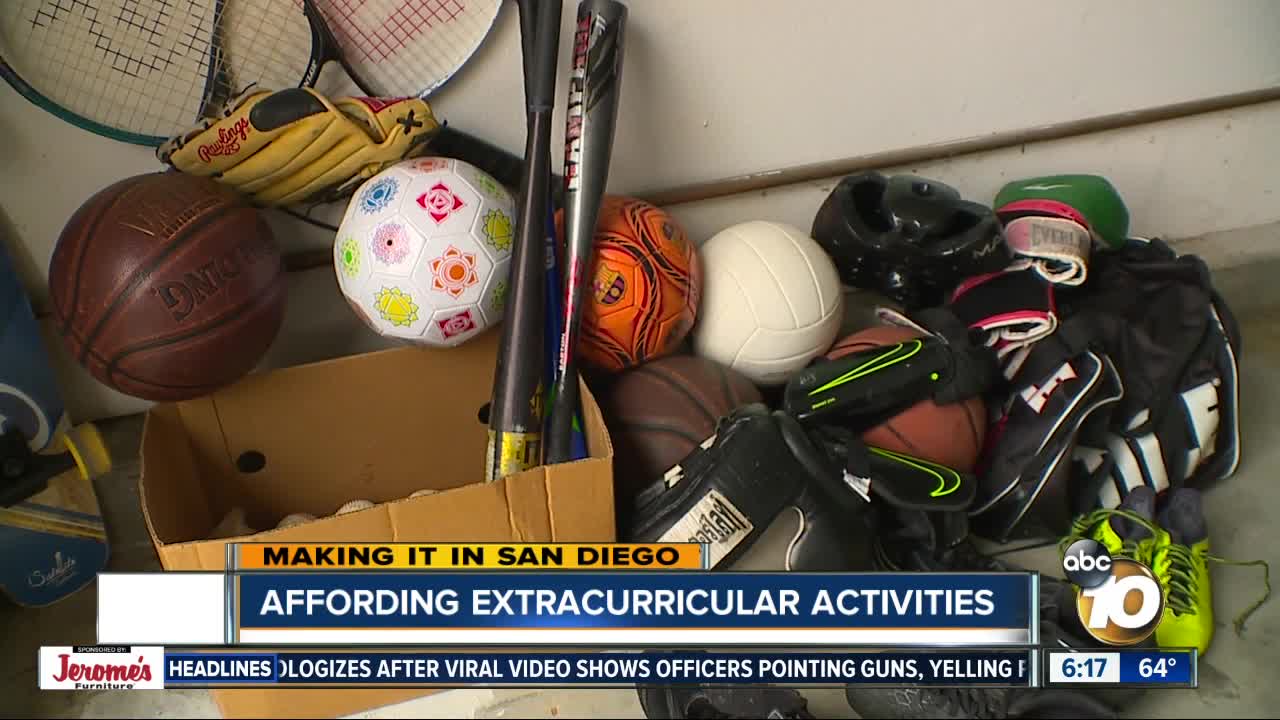 A new study shows most parents spend more than $1,000 a year on extracurricular activities for their kids. As we look for ways to help you Make it in San Diego, 10News spoke to a few moms who have some creative ways to save money while still letting their kids stay active. 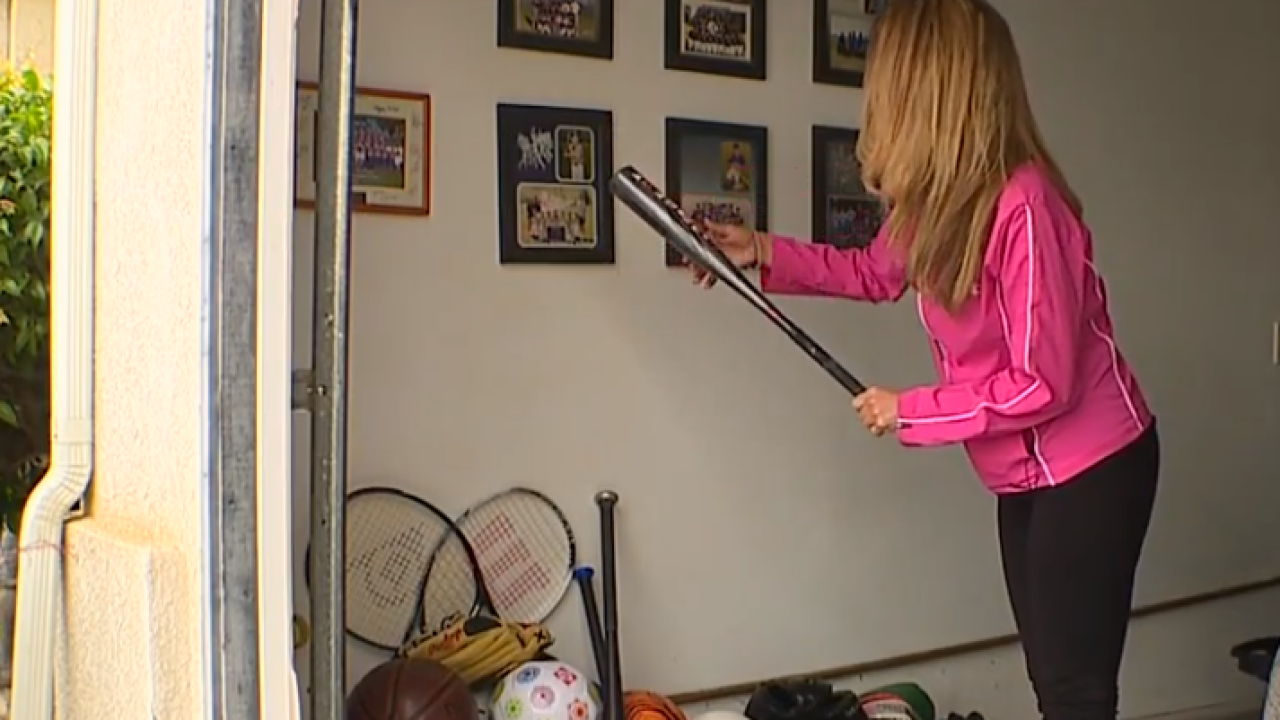 SAN DIEGO (KGTV) - Keeping kids active, while also letting them follow their passion, is a top priority for a lot of parents.

"As much as we love our kids as parents, and as much as we want them to pursue their dreams, life is expensive in 2019," says Matt Schulz, an Industry Analyst with CompareCards.com. "Parents are spending an awful lot of money to keep their kids in these activities."

According to the study, 62% of parents admit they go into debt to pay for it all. 64% of parents say the costs cause them added stress.

"It's important to support your kids and teach them to follow their dreams," says Schulz. "But you also have to be able to do so without ruining your own dreams."

One San Diego parent thinks she has a way to help.

Jessica Mendez is trying to launch an online marketplace where parents can trade used sports equipment to help defray the costs.

"Every season, kids grow," says Mendez. "Every few months you have to purchase new cleats, a new bat to grow with them."

Mendez has four boys that have been involved in all kinds of sports. As they've grown, old equipment has piled up in her garage. She thinks other parents have the same stockpiles of gear going to waste.

Mendez is hoping to let parents trade equipment with each other.

"We're hoping to start small and grow in the future with a website," she says. Mendez thinks she can have the site up in about a year. She's asking other parents with similar stockpiles of gear to contact her at jessicasdhomes@gmail.com.

Meanwhile, CompareCards says parents can get creative to cut costs when it comes to activities. Some of their ideas include:

- Putting their kids in cheaper, non-elite and non-travel leagues (like YMCA or local recreation center leagues)

- Saying "No" when too many activities start to pile up

- Combining travel for club sports with the family vacation

Shawanee White, a mother of three, says she's sold some of her daughter's old equipment and toys online to help pay for registration. She also asked other family members to chip in some money instead of buying toys for birthday or holiday gifts.

White says her family spends $5-6,000 a year on registration, travel and all the other costs associated with extracurricular activities. But it's worth it.

"I want them to be well rounded and exposed to many opportunities," she says, adding that the activities keep her kids away from doing anything that may get them into trouble.

The study also found that nearly 80% of parents believe their child's activities could one day lead to income, whether in the form of a scholarship, job or side-hustle.

Schulz says it's also essential to involve your children in discussions about how their activities factor into the budget.

"It makes sense to be open and honest with your kids about the cost of these things," he says.