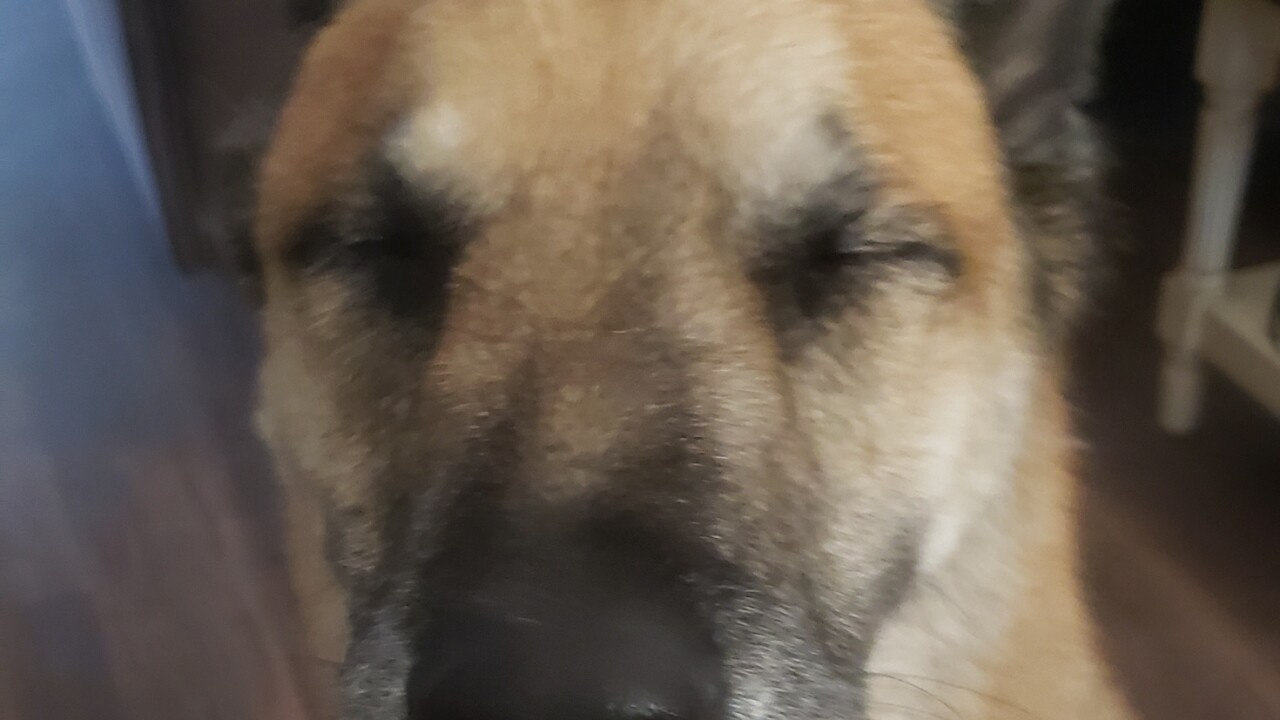 ALPINE, Calif. (KGTV) - An Alpine woman who tested positive for COVID-19 says her quarantine turned into a nightmare as a postal carrier delivered a package.

"Since I got that Sunday, I've been quarantining at home," said Tamica.

On Tuesday, past 1 p.m., as the mail truck pulled up to her apartment off Tavern Road, her two 80-lb. dogs ran to the front door and started barking. She says the door was open but the screen door was shut, as the postal carrier stood outside, at the door, with something in his hand.

"They were instantly pawing at their face and backed up, and acting weird ... jumping up and down and making a whining noise," said Tamica.

Tamica believes the postal carrier had used his pepper spray. At that point, Tamica says the dogs jumped on the door and pushed it open. They ran out, and she ran after them. Tamica says the letter carrier sprayed toward one dog as it ran off, before turning to her other dog.

"I just jumped in front of my dog. He's wasn't doing anything. He wasn't barking. He was just sitting there .... He's a golden retriever and very friendly ...

The postal carrier is spraying us, yelling and just spraying wildly," Tamica said.

Tamica says that went on for about a minute, and it seemed liked forever.

"I was mad, scared, ready to cry … yelling at him to stop, stop, stop!" said Tamica.

She says he finally did. Her dogs' eyes were left shut and stinging for hours. Her eyes were also ripe with pain. Tamica filed a complaint with the Postal Service.

"It's outrageous. This was not warranted at all," said Tamica.

A different version of events has emerged from the postal carrier's statements.

According to a USPS spokesperson, he claims he never sprayed through the screen door, didn't intend to pepper-spray Tamica, and only started spraying when both dogs were outside, lunging at him, to allow him to "leave the area."

The spokesperson adds that based on the statements collected, they are standing by their postal carrier's version of events. They did apologize for Tamica getting pepper-sprayed in the incident.

They also issued the following statement:

"The Postal Service places the safety of its employees as a top priority. Letter carriers fearing for their safety due to a loose or unrestrained pet may stop delivery and ask homeowners to pick up their mail at the Post Office until the pet is restrained. In cases where a carrier sees a dog roaming and can’t discern where it resides, delivery could be interrupted to the entire neighborhood.

In 2019, San Diego ranked #10 in the country for dog attacks on letter carriers. Dogs can be protective of their territory and may interpret the actions of letter carriers as a threat. Please take precautions when accepting mail in the presence of your pet. When a carrier comes to your home, keep your dog inside, away from the door in another room. Any dog can bite. Even the friendliest dog may bite when startled or surprised. If the dog is physically or mentally unhealthy, is in pain, feels threatened, or is protecting its food or a favorite toy, it can bite.

The letter carriers at your local Post Office deliver every day. And if you are a dog owner, we need you to deliver for us, too. Keep your dog on a leash or away from the door, so that your letter carrier can safely deliver to your mailbox or porch, today and every day."