Looking into our new normal: A lot of plexiglass 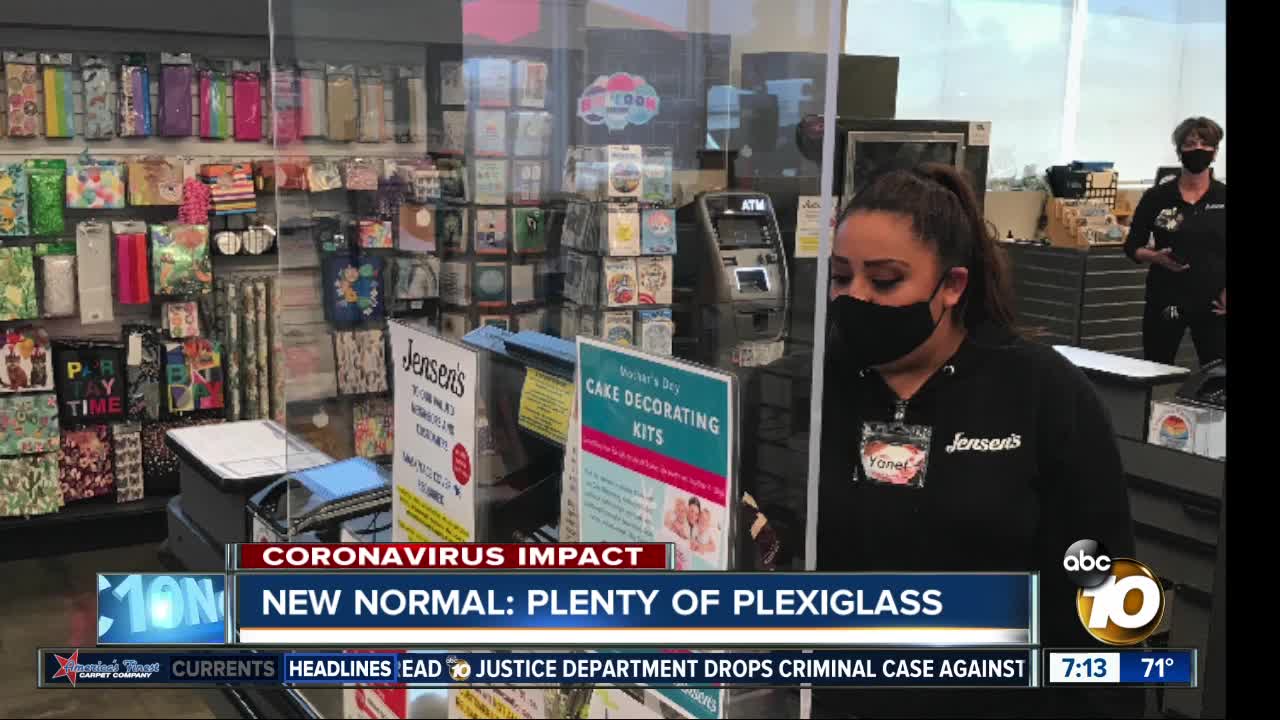 As those stay-at-home restrictions begin to ease, it appears the new normal will include a lot plexiglass.

SAN DIEGO (KGTV) -- As those stay-at-home restrictions begin to ease, it appears the new normal will include a lot plexiglass.

If you've been out grocery shopping, you've seen them: those plexiglass partitions at the checkout aisle. The plexiglass presence is about to become a lot more common.

"It's been crazy. We're in an industry that has been called to action to combat the germ spread. It's been a whirlwind," said John Short, General Manager at ePlastics, a 106-year-old company based in Kearny Mesa.

Short says business was up some 50% in April, as employees work extra hours and days to keep up.

"Three weeks of work in one week, if that gives you any indication of the pressure to fulfill a need out there," said Short.

That need is diverse, from local banks, nurseries and liquor stores to office settings including the Navy and Planned Parenthood. The company supplies custom-fabricated products or raw materials that can be shaped by their customers.

"I don't think anybody wants to - in the end - be responsible for not having conducting themselves in a manner that protected their employees and customers to a high degree, and they want to participate in a way that makes people feel safe," said Short.

Short says among his biggest customers are local casinos, as they prepare to open back up.

"They are putting in dividers in between slot machines and where the money is handled," said Short.

The see-through dividers could soon be everywhere.

At nursing home in Bakersfield, a plexiglass lounge was recently set up outside to allow family to visit residents. In Georgia, where restaurants are reopening, some are installing plexiglass to surround tables.

"The goal is, the more safe people feel, the sooner the businesses are going to open up and we can get back to some sense of our new normalcy," said Short.