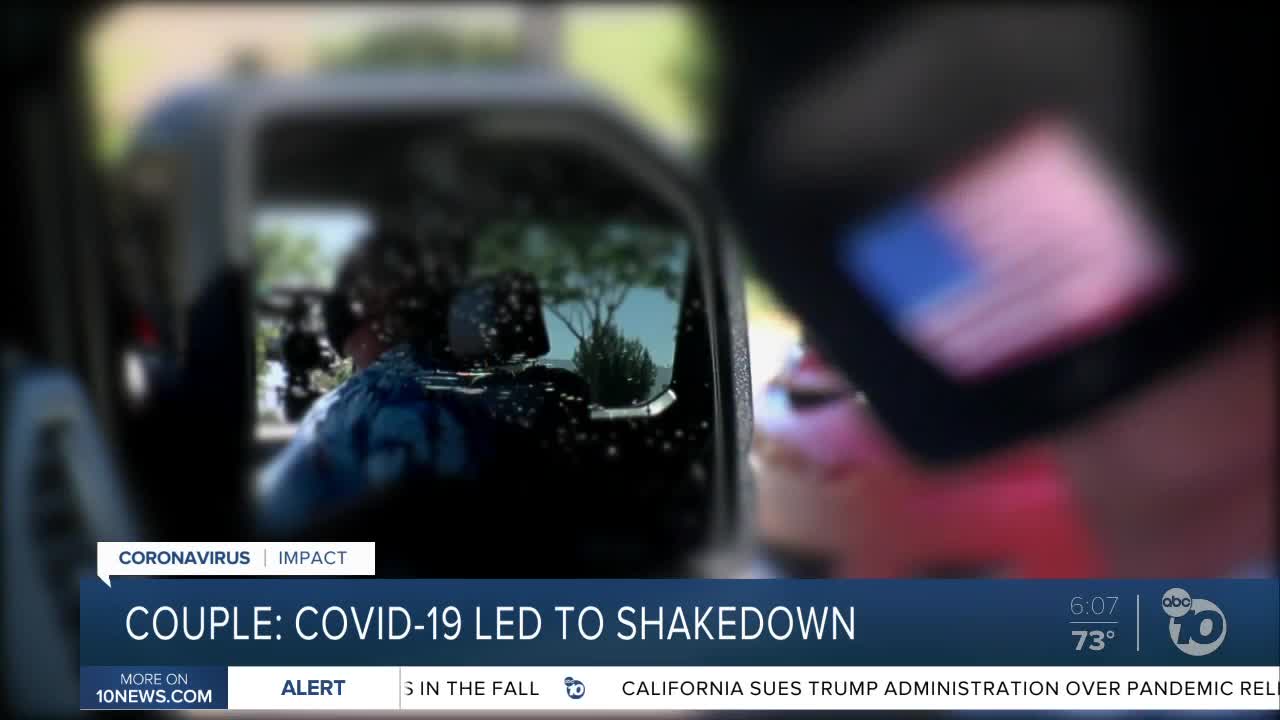 A local retiree has a warning for Americans headed across the border after says he was shaken down for money during a recent trip to Tijuana, possibly due to COVID-19 restrictions. 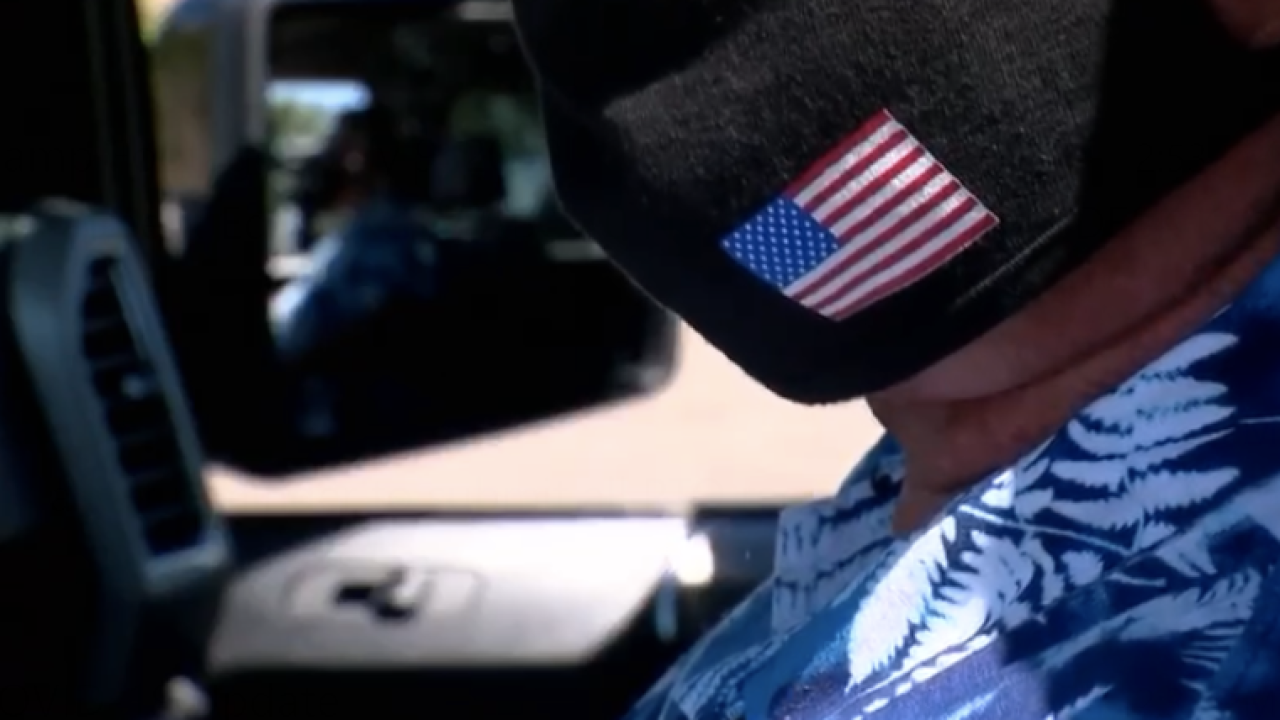 SAN DIEGO (KGTV) - A local retiree has a warning for Americans headed across the border after says he was shaken down for money during a recent trip to Tijuana, possibly due to COVID-19 restrictions.

A few weeks ago, on a Sunday afternoon, Tom and his wife, a Mexican native, decided to visit one of her relatives. It's a trip they've made countless times. They drove across the border into Tijuana in their modified truck, bearing California license plates. Almost immediately, he noticed they had company.

"Saw a small car with municipal officers get behind me and pulled me over," said Tom, who asked us not to use his real name.

He says one of two uniformed officers asked him to get out of the truck and walk over the police car, where the officer checked his driver's license.

"He explained he was pulling me over for tinted windows," said Tom.

Tom says he was asked if he was smuggling drugs. Tom said he wasn't.

"Then he said, 'Here's the real reason I'm pulling you over. The United States closed the border. People are starving, and I want your money. Don't freak out. Don't say anything, or we'll impound your truck and take you to the courts' ... That was scary. I felt helpless," said Tom.

Tom says he handed over the $50 in bills he had in his wallet. He says his wife gave the other officer her $60.

That officer also left her with more details.

"My wife said he explained to her that they are just mad at the United States, and they're just going to pull over Americans and take whatever money they have because the people in Tijuana are hurting really bad because the border is closed," said Tom.

A ban on non-essential border travel by both governments has been in place since March to limit coronavirus infections. Though cross-border traffic still remains busy, the restrictions have taken an economic toll on both sides of the border.

"I don't understand why they're blaming Americans. We're struggling too," said Tom.

Tom says his police encounter ended when the officers let him go, warning him to stay out of Tijuana to avoid a repeat experience. He plans to take that advice.

"Myself, I'm not going back down there. It just invites trouble. You don't know who you can trust down there. Americans should be cautious," said Tom.

Tom says he didn't report it to Mexican authorities because he feared retaliation. He tells ABC 10News a week after his incident, his brother-in-law experienced a similar shakedown while walking in the same area.

ABC 10News reached out to the Mexican consulate in San Diego to find out if there have been any similar reported incidents and are waiting to hear back.

In a statement, a spokesperson with the Tijuana government said a formal investigation would be launched "to investigate ... this reprehensible case and to apply the corresponding sanctions ... We cannot let the evil act of an officer demerit the good work that has been done to generate greater confidence in the security authorities."