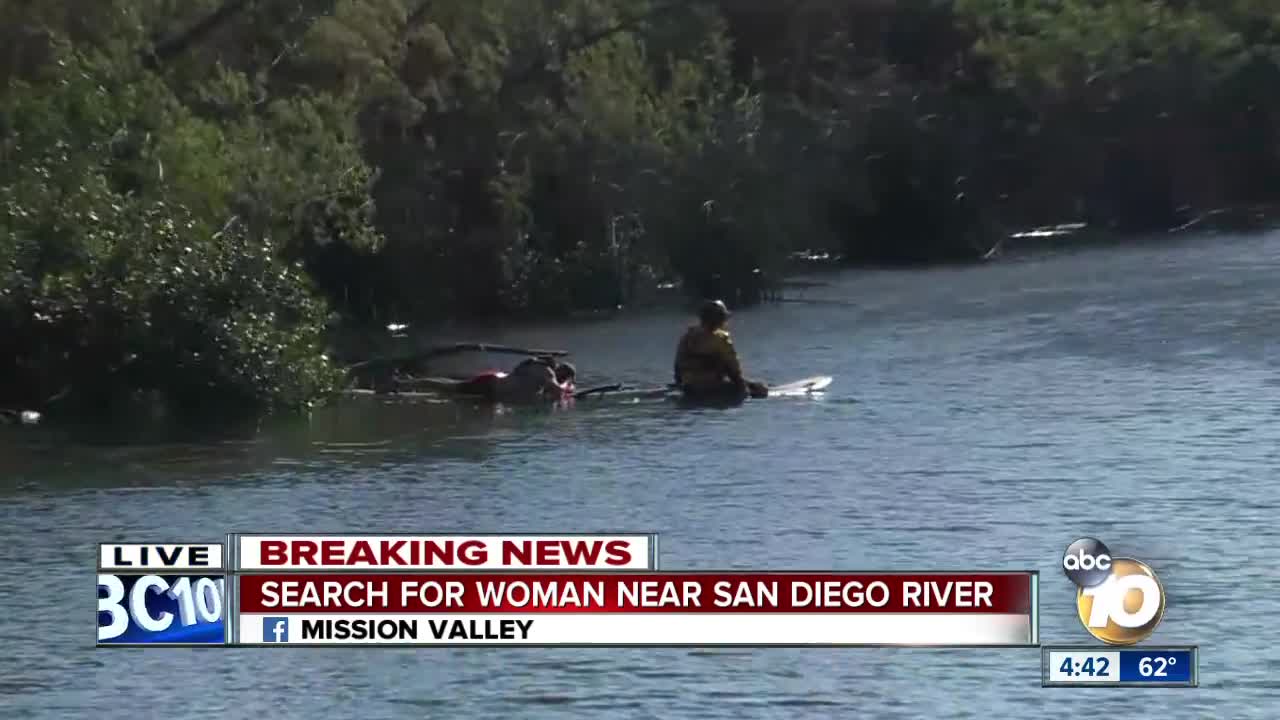 San Diego Lifeguards are searching for a missing person near the San Diego River Friday. 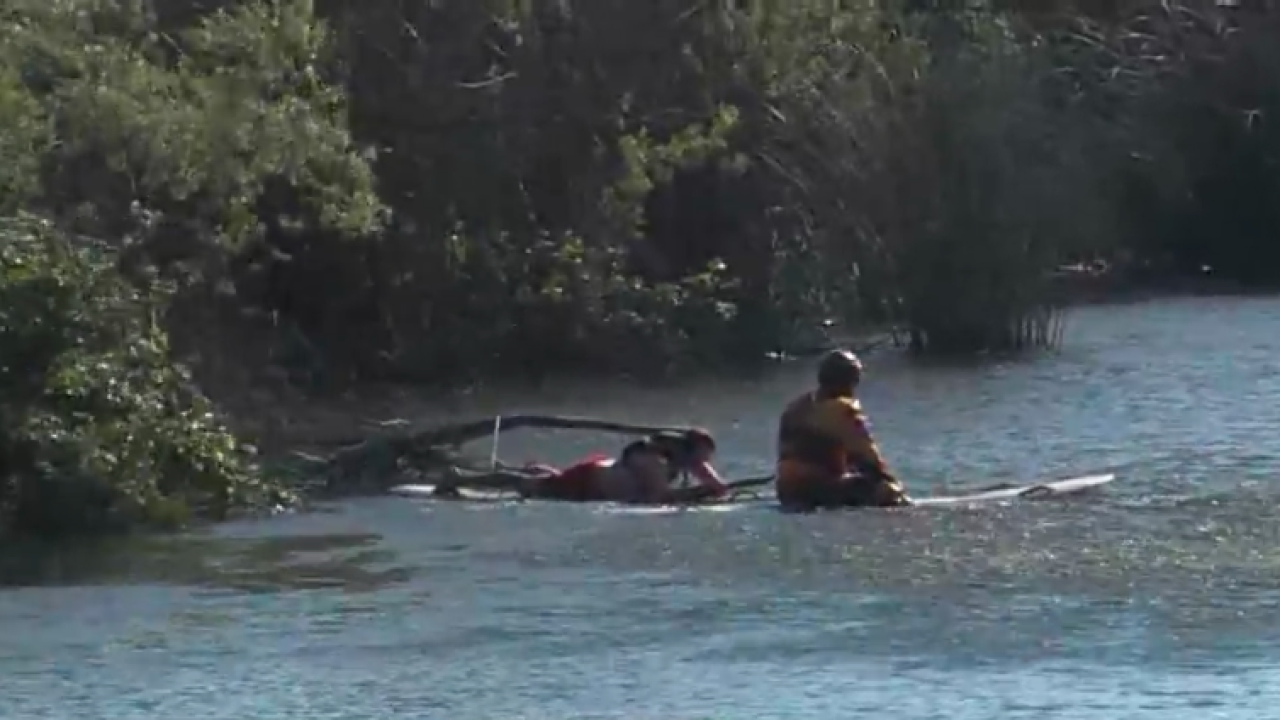 As a search team helicopter hovered overhead, lifeguards paddled out into the San Diego River to search for the woman. Lifeguards appeared to be focusing their efforts on a series of islands in the middle of the river.

San Diego Police did not say why the woman was wanted for questioning.