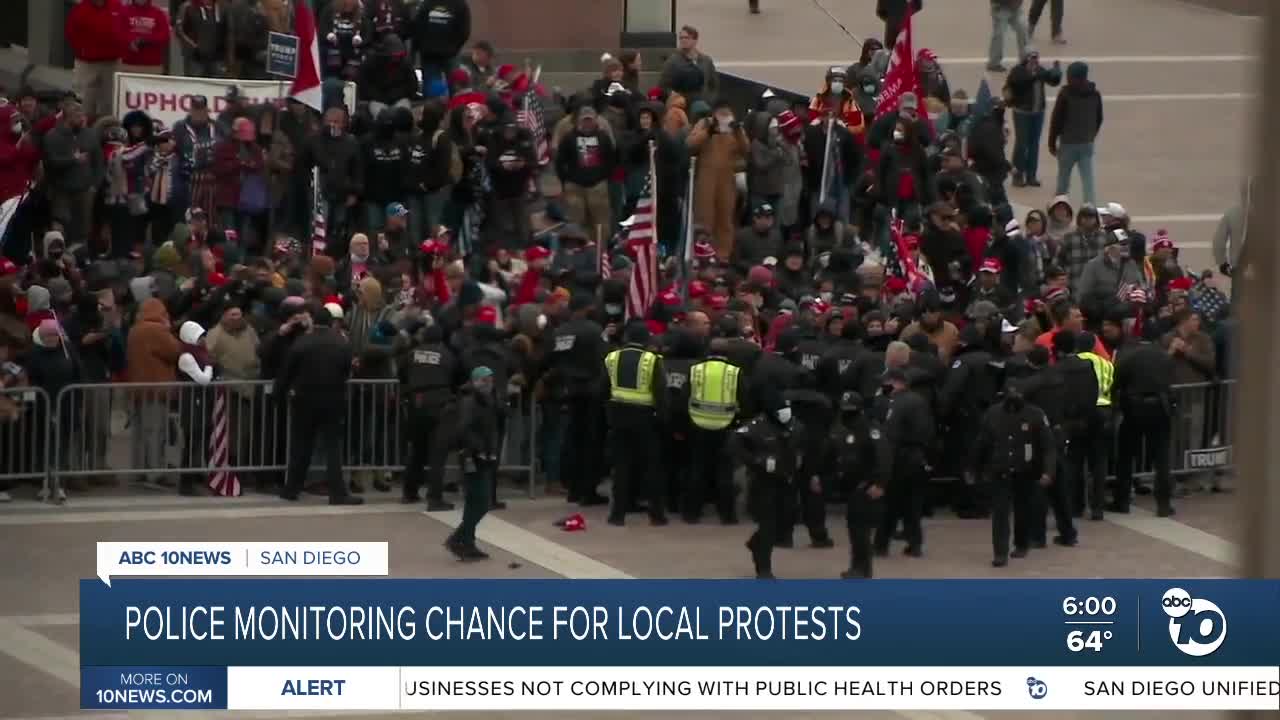 Law enforcement agencies across the country are preparing for any potential threats of violence leads up to next week's presidential inauguration. 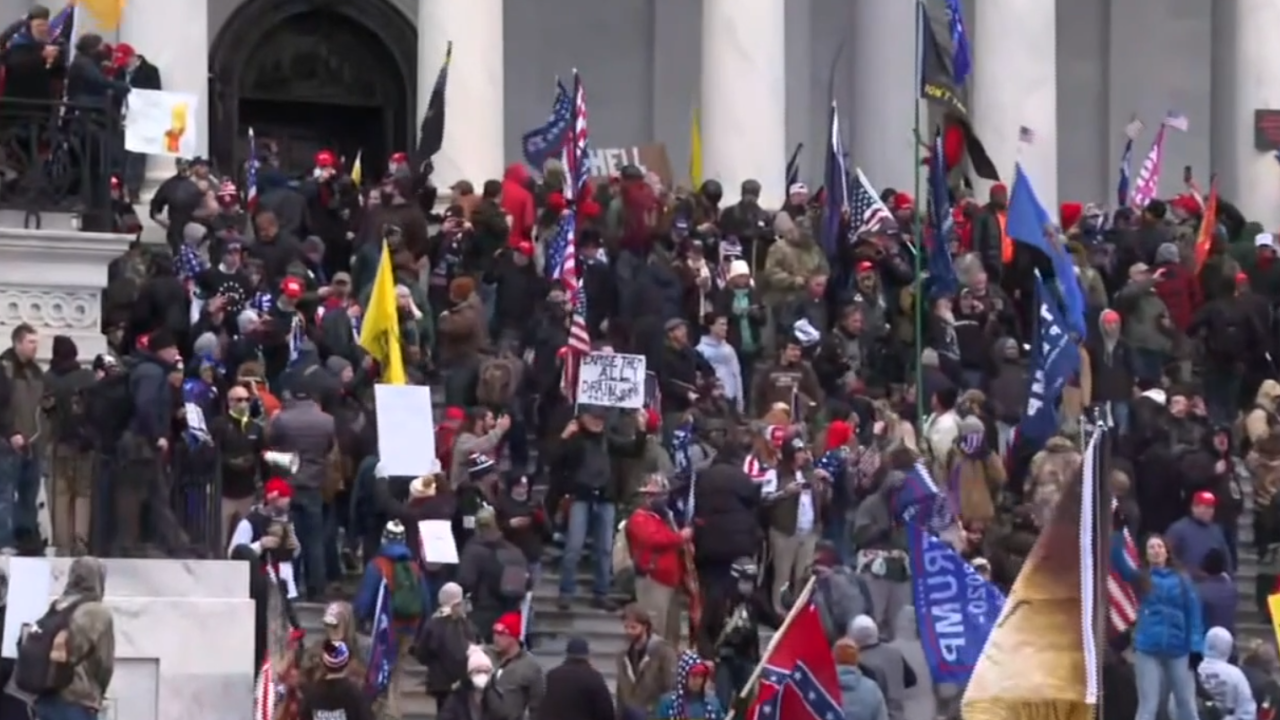 SAN DIEGO (KGTV) - Law enforcement agencies across the country are preparing for any potential threats of violence leads up to next week's presidential inauguration.

One week ago, rioters stormed the United States Capitol. At least five people died, including a Capitol Police Officer.

Now, according to an internal FBI bulletin obtained by ABC News, "Starting this week and running through at least Inauguration Day, armed protests are being planned at all 50 state capitols and at the U.S. Capitol."

On Monday, California Governor Newsom was asked about security in Sacramento. Newsom told reporters California could activate the California National Guard as needed.

"Everybody is on, I think high alert in terms of making sure that everybody's safe and protected people's free speech can be advanced, but there's no violence."

In a statement to ABC 10News, the California Highway Patrol said, "California Highway Patrol (CHP) officers are always vigilant for potential threats that may occur at the State Capitol. We have personnel ready to respond to protect state property and ensure public safety as necessary. The CHP closely coordinates with allied agencies like the Sacramento Police Department and Sacramento County Sheriff's Department where jurisdictional boundaries meet or if mutual aid is requested. Beyond that, the CHP does not comment on matters involving security.

Over the weekend, Pro-Trump demonstrators and counter-protestors, some claiming to be part of the Antifa movement, clashed in Pacific Beach.

"That kind of behavior is not wanted or welcome here in San Diego or in California," San Diego Mayor Todd Gloria said during a Tuesday press conference.

A spokesperson for the San Diego County Sheriff's tells ABC 10News, '" As of this moment, we have no intelligence or information of any threats to the County of San Diego. However, every threat received by the Sheriff's Department is taken seriously and evaluated to determine the validity. Cases determined to be valid are investigated and acted upon accordingly.

We fully support the First Amendment right for citizens to peacefully demonstrate or protest. We do not condone actions during demonstrations that jeopardize the safety of people, lead to the destruction of property or any other criminal activity. This applies to all demonstrations or protests by any group. We routinely make contact with organizers ahead of time and educate on legal guidelines for demonstrations and to answer questions."