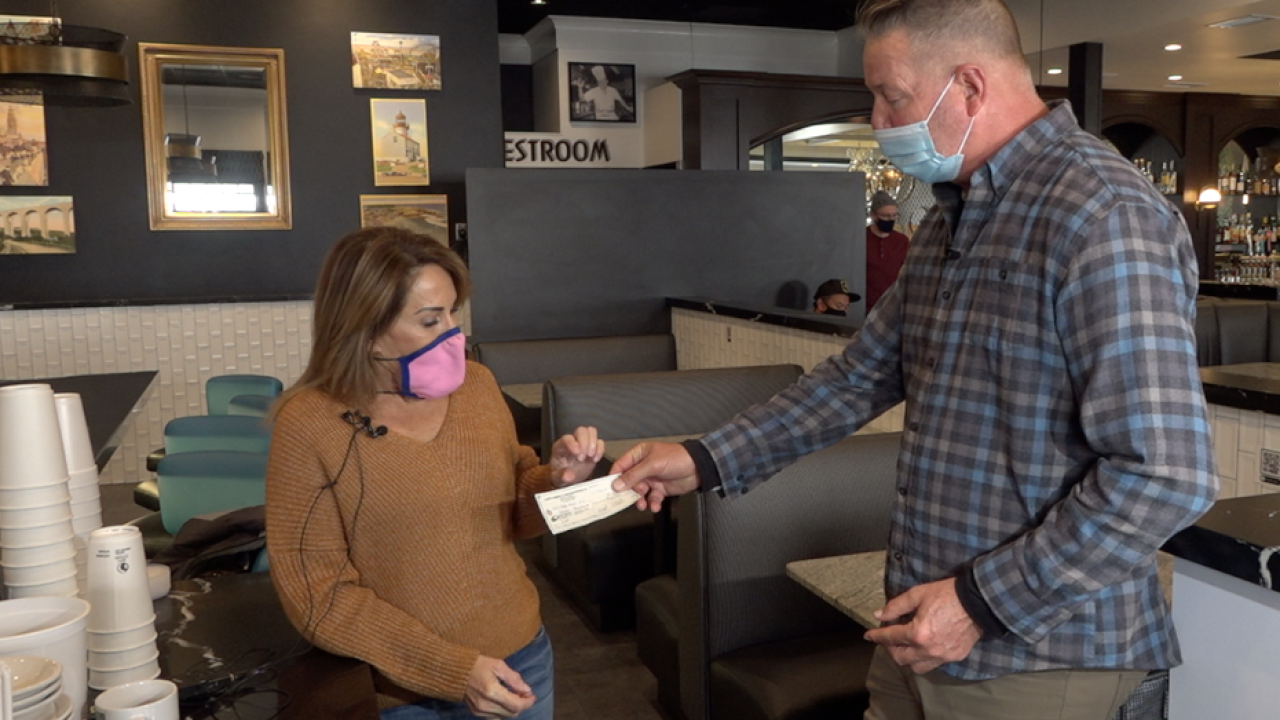 SAN DIEGO (KGTV) -- The restaurant industry has been hit very hard by the COVID-19 pandemic, as some have closed their doors while others are trying to hang on. But thanks to the Larry Himmel Neighborhood Foundation, several struggling restaurants have received a little financial help. One of those restaurants to reach out to the foundation is Hob Nob Hill in the Bankers Hill area.

But when the pandemic arrived back in March, the 77-year-old restaurant was not immune to the devastation. Like most restaurants, they have taken a big hit.

"During the first shutdown it was heartbreaking, says Warchol. As we lost inventory, and all my employees had to go on unemployment. We tried to do takeout, but it didn't really pan out at that time. When we were allowed to open outdoors that was good, we were very grateful for sales. But now we're are just back down to minimal, we're probably at 80 percent of our gross."

However, the landmark restaurant, as well as several others around San Diego County received the most unexpected gift, which came in the form of a check. The Larry Himmel Neighborhood Foundation, through their Restaurant Assistance Program, presented the Hob Nob Hill owner a check for $7,000.

"I think it just furthers what Larry wanted to do in the community. He wanted people to feel good about the place they call home," said Larry Himmel Neighborhood Foundation President Dave Sniff.

The check will come in handy for Hob Nob Hill, as Warchol says she thinks the restaurant can make it another 3 to 6 months. Then the hope is, the restaurant industry will receive additional help.

"I'm just in shock of the contribution and donation they have given me. This will help with payroll and utilities."