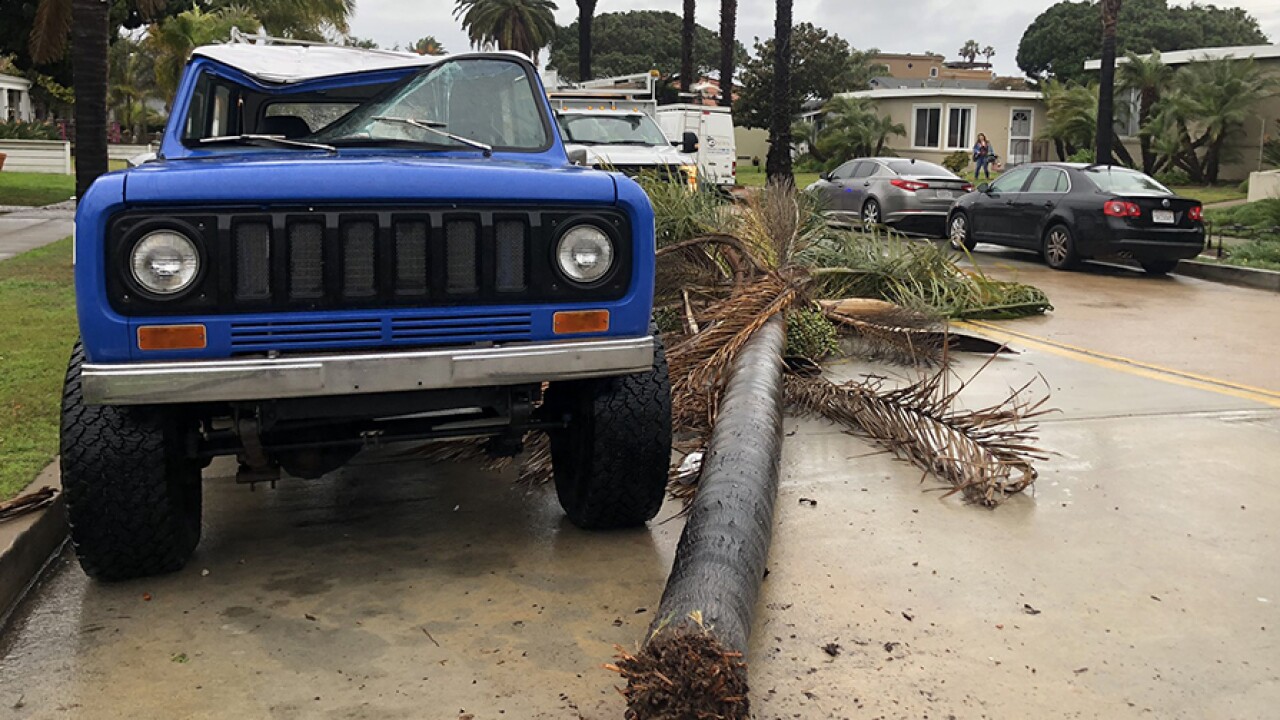 SAN DIEGO (KGTV) – A large palm tree came crashing down onto two parked vehicles in an Ocean Beach neighborhood Thursday morning, but no injuries were reported.

The large tree came down on Coronado Avenue, near Sunset Cliffs Boulevard, according to authorities.

Residents told 10News they heard a loud crashing sound at around 3:30 a.m., but no one noticed that the tree had fallen until a few hours later.

The tree came down onto an SUV and struck the rear of another car.

City crews were called to the scene to remove the tree, which some believe may have come down due to strong winds.