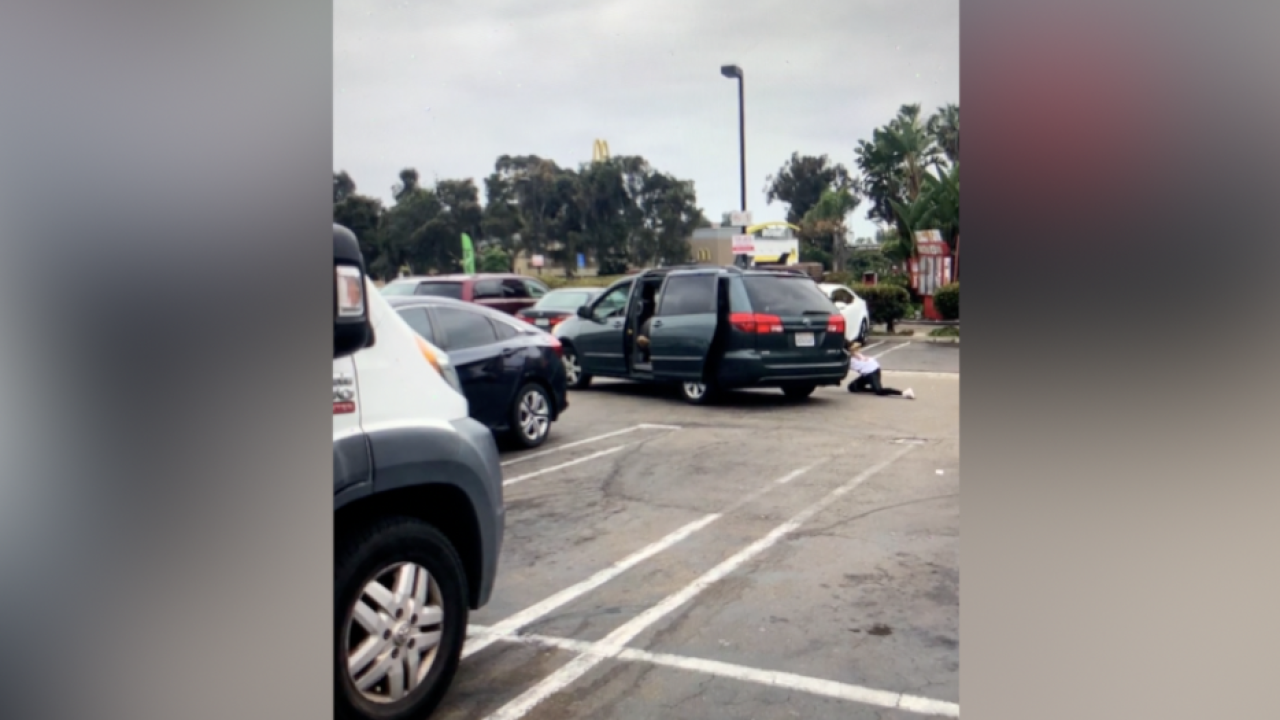 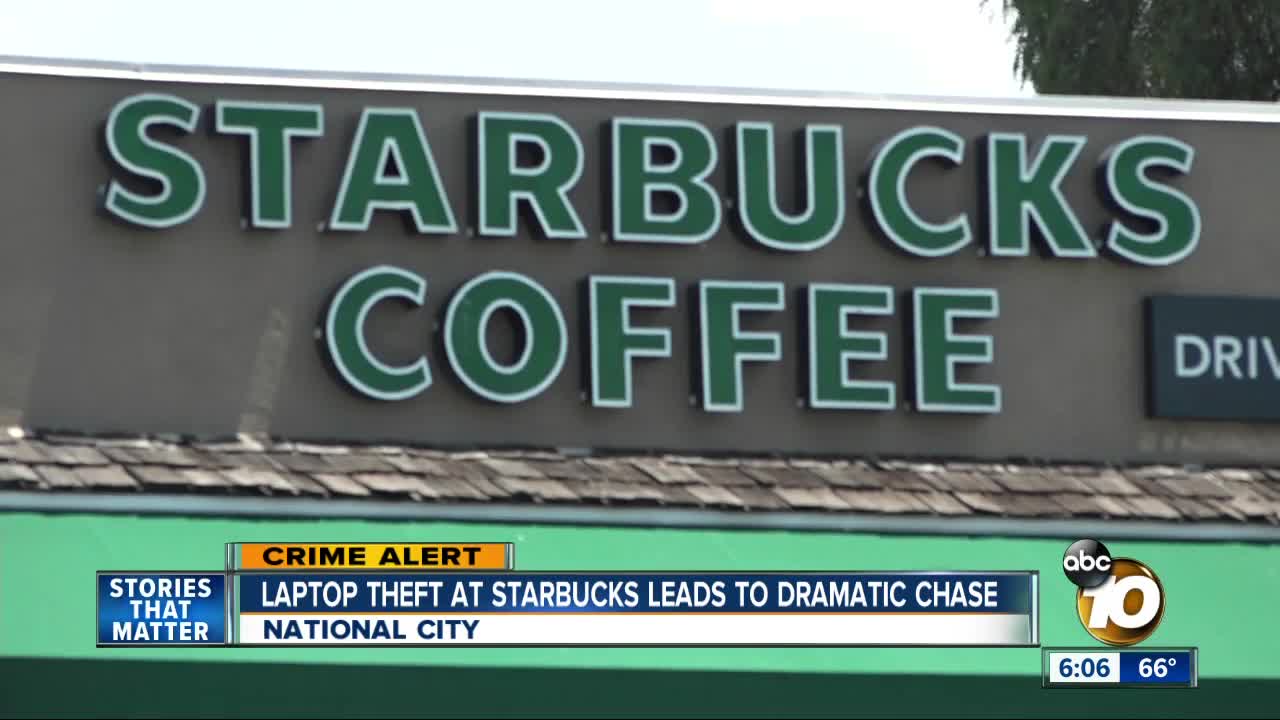 NATIONAL CITY, Calif. (KGTV) — A nursing student's trip to a Starbucks in National City turned into an knock-down struggle and dramatic chase in pursuit of her laptop.

With three finals next week, nursing student Jacqueline Ang spent the Friday using a computer at a library Bonita.

"Grateful for the resource, but it's not the same," said Ang, who is wrapping up her first year in the nursing program at Southwestern College.

It's not the same, because it doesn't have what she really needs: a year of notes.

On Monday afternoon, she was studying with her MacBook Pro at a busy Starbucks on E. Plaza Boulevard.

"Both earphones are in listening to lectures. One hand on my laptop, and the other hand taking notes," said Ang.

Ang says she was at a table near the middle of the Starbucks when an older black teen in a hoodie walked in, and right up to her. He unplugged her earphones and turned to her computer.

"Grabs it by the screen, closes it and starts running," said Ang.

As the man ran off, Ang screamed to get someone's attention. She then took off after him.

On the ground, a struggle unfolded. Ang weighs just over 100 pounds.

"It's all that's on my mind. 'Omigod, everything I worked hard for is on that thing. I need that. I need to fight for that,'" said Ang.

At some point during the struggle, she says the man was able to hand it off to another young man in a hoodie. Ang chased the other man, who slipped into a van in the parking lot. She was close behind, opening a side door.

"I see three or four people in the van. I was holding onto the handle, running with the car as they're moving," said Ang.

A bystander's short video shows her being dragged, before she let go. The incident left her with a sprained wrist and no laptop, but one big clue. Because Ang made the thieves' plans go awry, a witness was able to get the license plate number.

National City Police asked 10News not to release the license plate in order to not endanger the investigation. A spokesperson says they see a handful of similar crimes every year, but haven't linked the suspects to any other incidents.

A Gofundme campaign has been set up to help Ang purchase a new computer.