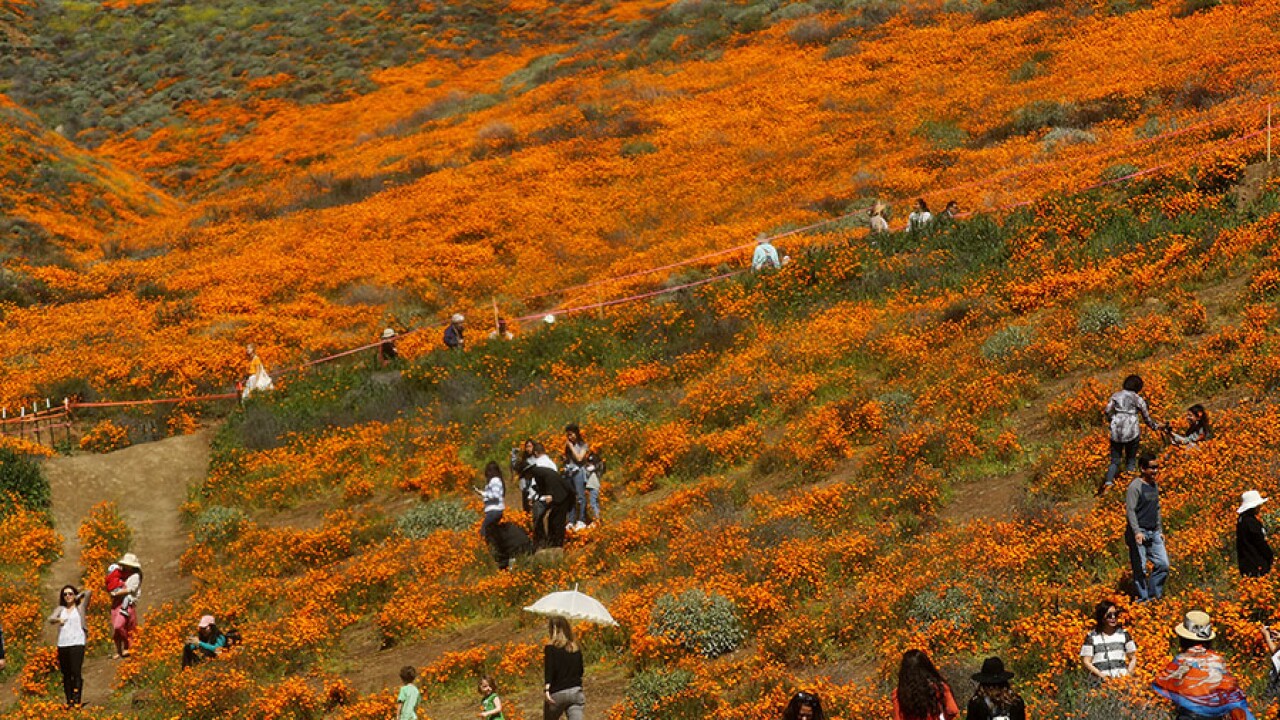 (KGTV) - Officials in Lake Elsinore outlined their plans on how to deal with the thousands of people who are gathering in the city to view a super bloom of poppies.

Earlier this week, city officials temporarily closed down public access to the Walker Canyon area due to a massive influx of visitors in town for a glimpse of the natural phenomenon. The decision was made to close off access because of damage caused in the poppy fields and traffic backups on surface streets and on Interstate 15 leading to the city.

While no roads will be closed Monday through Friday, officials said some surface streets to Walker Canyon, specifically Lake Street, will be shut down on Saturdays and Sundays from 6 a.m.-8 p.m. The affected streets will be open for residents only.

In an effort to cut down on vehicle congestion around the area on the weekends, a shuttle service to the poppy fields will be available on Saturdays and Sundays for $10 per person over the age of 3.

Shuttles will be available at these locations:

Mayor Steve Manos said that the city recognizes that the super bloom has become a “social media viral event attracting thousands” to Lake Elsinore, but he warned that they would not hesitate to shut down access again if things were to get out of hand.

Officials are reminding the public that as the super bloom continues to be an attraction in Lake Elsinore, drivers traveling on I-15 should expect delays between Corona and Murrieta.

Visitors are being urged to stay patient, follow all road detours, use any alternative routes and to be respectful of area residents.