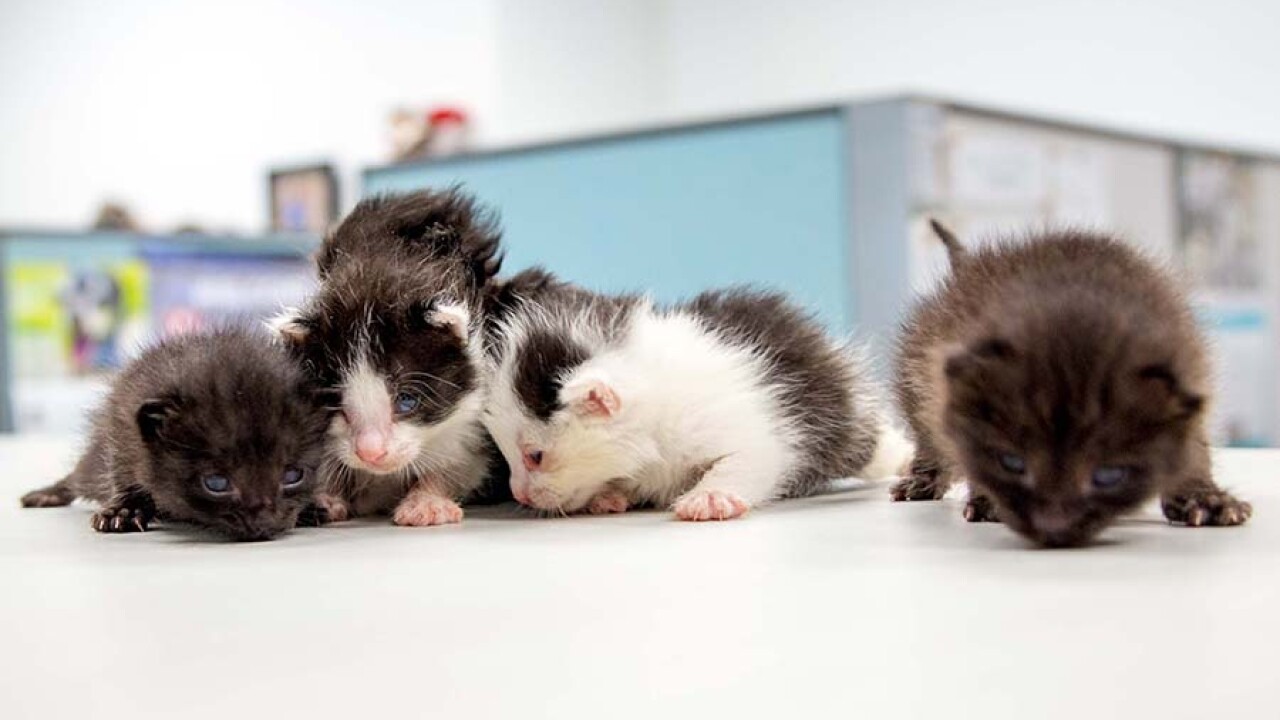 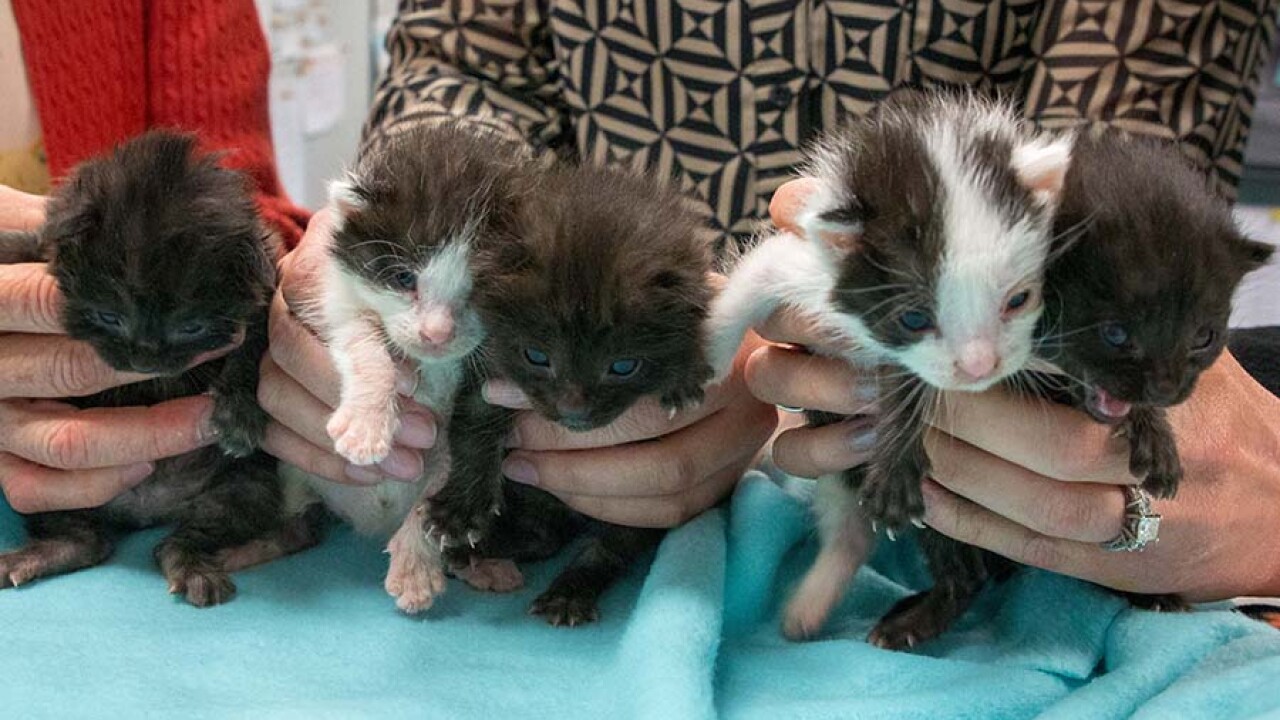 (KGTV) - A litter of kittens was found stowed away inside a construction truck that had made the lengthy trek from the Bay Area to San Diego.

Construction workers were at the future site of Kaiser Permanente offices in Clairemont when they heard meowing coming from a 60-foot steel column on the truck, the San Diego Humane Society said. The truck had just traveled from Hayward.

Five one-week-old kittens -- three males, two females -- were discovered inside the columns, and they were then taken into custody by Humane Society officers and sent to the Humane Society’s Kitten Nursery.

According to the Humane Society, the kittens will remain in foster care until they are eight weeks old. At that time, they will be put up for adoption.