One criminal trial continued until November 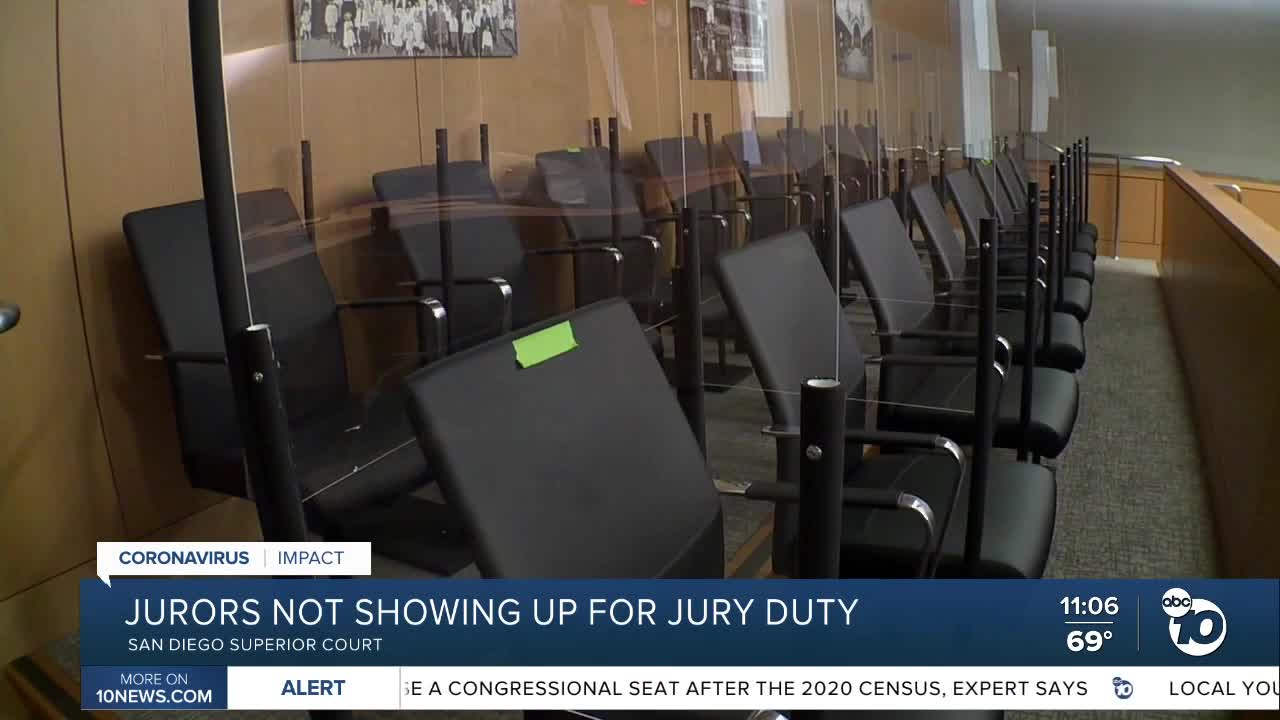 The San Diego Superior Court is having a hard time getting potential jurors to show up for jury duty.

SAN DIEGO (KGTV) -- The San Diego Superior Court is having a hard time getting potential jurors to show up for jury duty.

Jury trials started again last week after a seven month break because of the COVID-19 pandemic.

The lack of potential jurors reporting to the court house forced the continuation of a criminal case this week.

For two weeks in a row, only about 40 people showed up for their jury duty. ABC 10News learned 900 jurors were summoned both times.

ABC 10News spoke to the court's presiding judge, Lorna Alksne, who explained the court is taking all safety measures, like temperature checks, mask use at all times, Plexiglass barriers and social distancing.

Alskne explains there are consequences for not showing up, like sanctions and fees, but the court isn't taking those measures yet. The judge says about 300 people did respond this week delaying their service, but the hundreds of others did not respond.

Jurors are able to delay their service if they have COVID-19 safety concerns, but court officials say otherwise, people need to show up.

Local defense attorney Jan Ronis says the court is doing the best they can, but he worries a smaller selection of potential jurors could impact the diversity of the jury pool.

Alskne says the court will summon 2,400 people next week, instead of 1,800, in hopes of getting enough jurors for two upcoming cases.