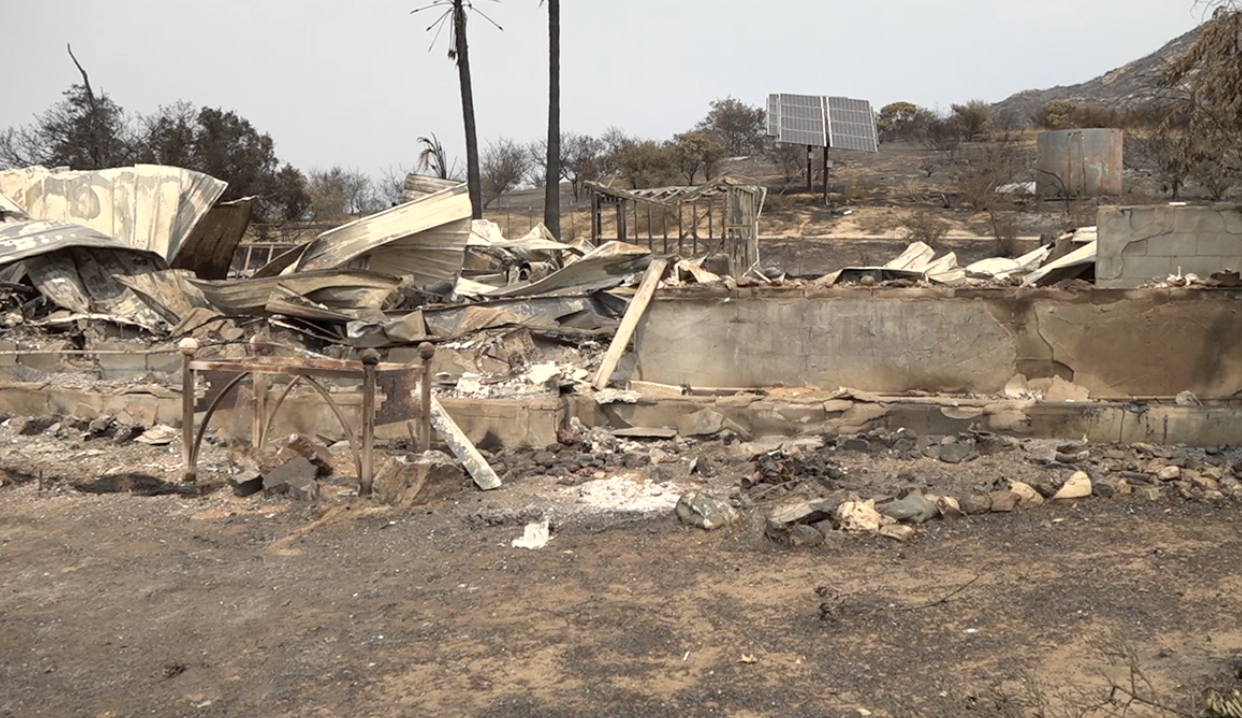 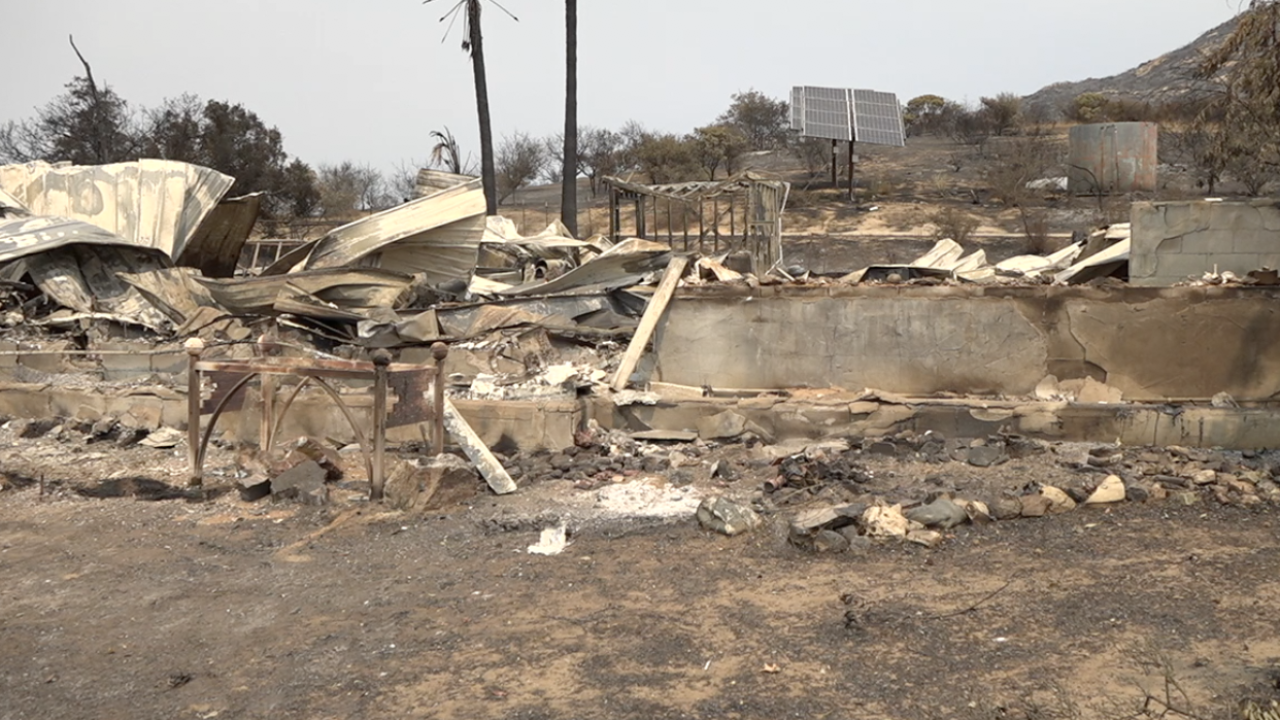 JAMUL, Calif. (KGTV) — An East County couple who lost their home in the Valley Fire is dreaming of a rebuild and a new, fireproof home.

Earlier this month, Irving and Anita Beeman shot cellphone video of the imposing smoke plumes behind their home on West Boundary Truck Trail. It didn’t take long for the fast-moving flames of the Valley Fire to reach a nearby canyon.

"Just like a waterfall, it was a 'firefall' down the hill. Amazing and scary," said Irving.

Anita left first. Irving got out soon after, after loading up a truck bed full of belongings. He took a photo showing his property, as it began burning.

"My house was there and then it turned orange. Then it was a yellow ball just slightly bigger than a house. I didn’t have the heart to look back, so I just drove away," said Irving.

But there was no escaping the charred reality when the couple returned. Their home of 20 years, along with two vehicles, were destroyed by the fire.

"Defeated. You look at it and go, 'Where do we start?'" asked Anita.

They’ve just started the cleanup process, expected to take months. Their home was insured, and the couple is already envisioning the rebuild and a fire-resistant home.

"I don’t ever want to see my house burn down again," said Irving.

Irving has sketched out this drawing of a fire-resistant home.

A water feature will encircle their home. During fire conditions, water could be pushed from their patio roof, raining down the front of the house.

"Peace of mind that I don't have worry every year about fire coming through," said Anita.

Irving says he hasn't done extensive research on it yet but doesn't believe his idea will cost any more than a building a conventional home.

A GoFundMe campaign has been set up to help the couple with their rebuild.

ABC 10News San Diego is partnering up with sister ABC stations across California to help families in need by hosting a Day of Giving for Western Wildfires on Thursday, Sept. 17.