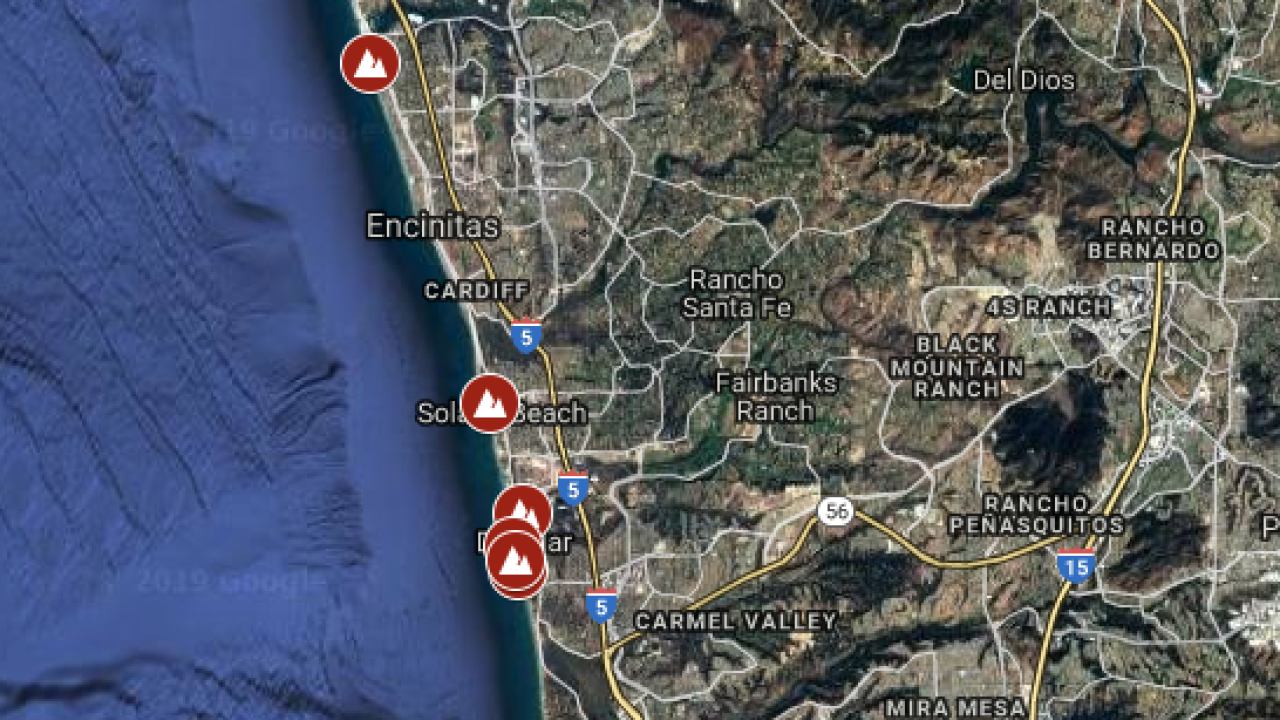 SAN DIEGO (KGTV) — Our interactive map shows dates and locations of the most recent bluff collapses around San Diego County.

Below, past reporting shows more than a dozen bluff collapses along North San Diego County's coastline, primary in the Del Mar area, since 2016.

On Aug. 2, one person was killed and at least four others were injured after a portion of bluff collapses in Encinitas. Prior to that, the last person killed by a bluff collapse locally was 57-year-old Robert Mellone, of Henderson, Nev., in Aug. 2008 at Torrey Pines State Beach.