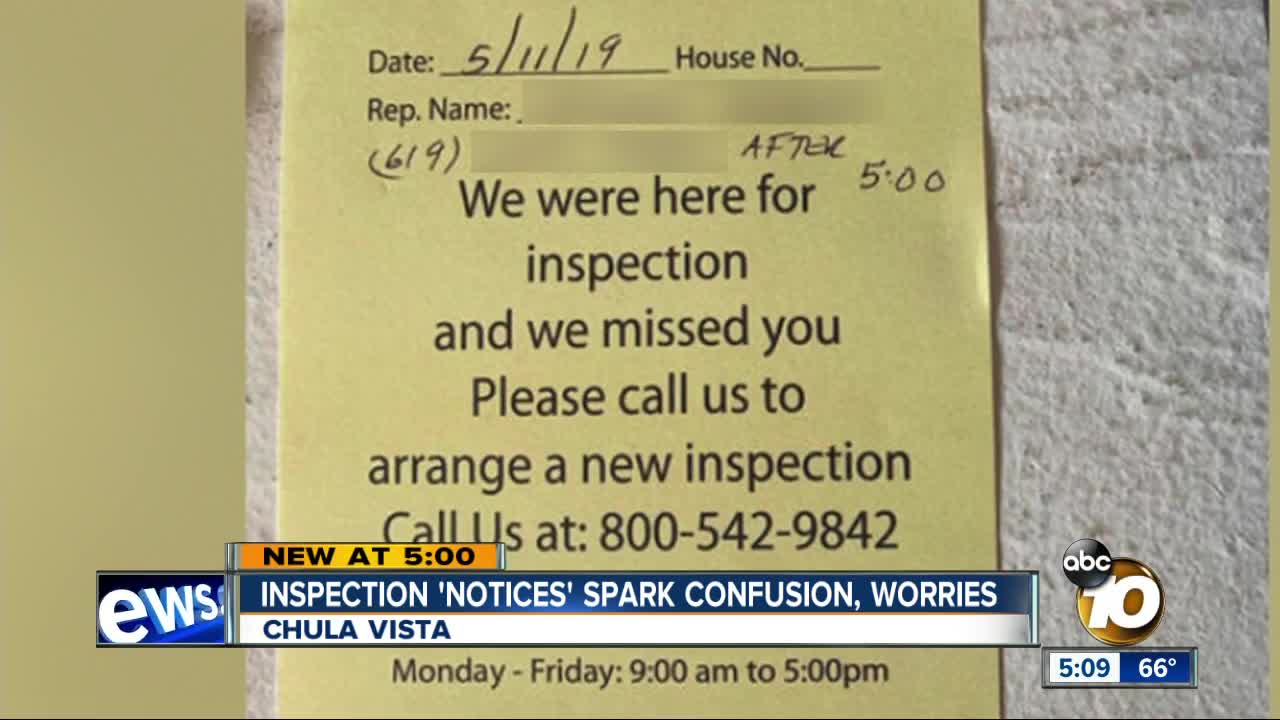 Some unusual notices are showing up on front doors in the South Bay, sparking confusion and worries. 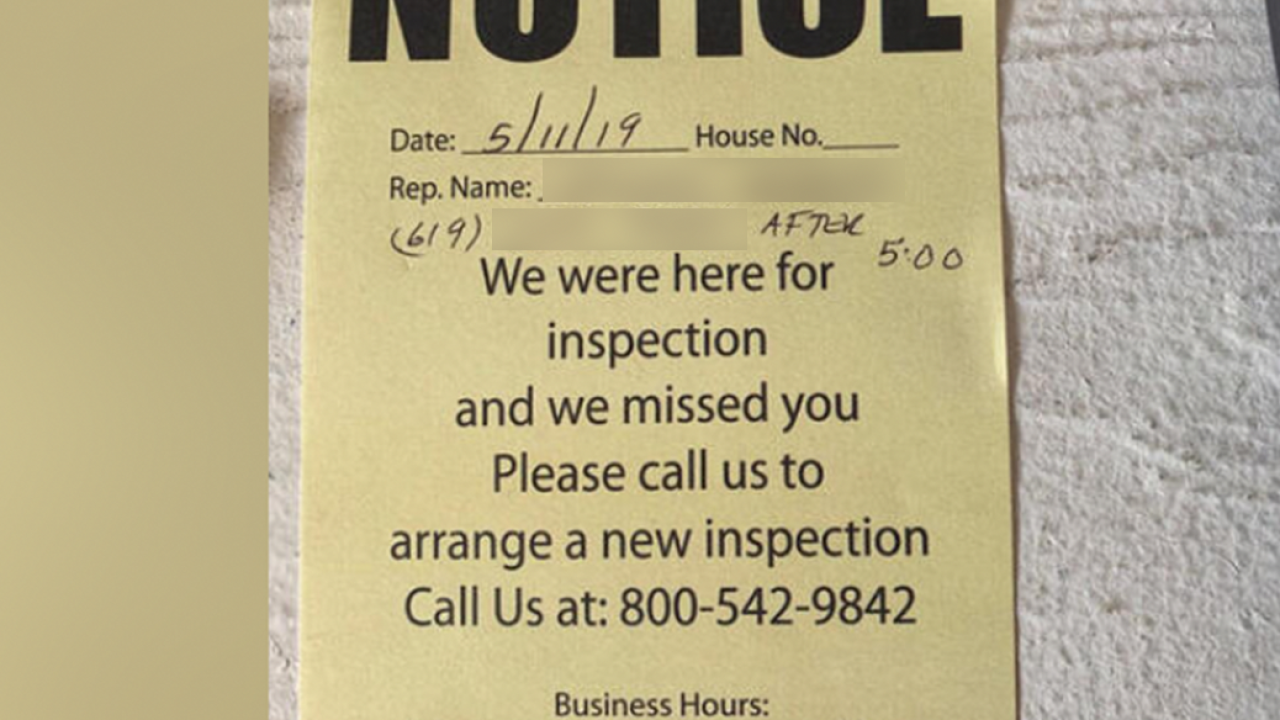 CHULA VISTA, Calif. (KGTV) - Some unusual notices are showing up on front doors in the South Bay, sparking confusion and worries.

On the first Saturday in May came the first encounter. Off J Street, Tony heard a knock and saw a casually dressed man at his door from a company called Pacific Home Remodeling.

"He was looking to inspect homes for estimates of remodeling costs," said Tony, who asked us not to use his real name.

Tony is a renter and told the man he wasn't interested.

"I had to continually repeat, 'I'm not interested' before he finally left. He came back a second time a few days later - and the same situation," said Tony.

Once again, the man was asked to leave. A week later, Tony and his cousin found a flyer stuck on their front door. It read 'NOTICE' in big block letters, and included a name and cell number, along with 'We were here for inspection and we missed you. Please call to arrange a new inspection.' The company at the bottom of the paper: Pacific Home Remodeling. A confused Tony set it aside.

"I thought maybe they meant to put this notice on another house," said Tony.

Then on Tuesday, the man turned up again. Tony's cousin was the only on home and heard a banging at the door. He was just inside the door, when he saw the man with his hand on the knob outside.

"He uses me cousin's name and my name saying we authorized him to come inspect home and look around. That wasn't true. My cousin told him to leave, and 10 minutes later, he returns and says he just got approval from me. Problem for him was I was on the phone," said Tony.

Despite the notice, neither of them had given approval for an inspection. Tony later posted the incident on Nextdoor. Neighbors reported finding the same notices on their doors. One claimed a salesperson tried to talk his way into home past a confused elderly woman.

A spokesperson with the company said they're looking into Tony's claims, but defended the use of the notices as "marketing material." Tony doesn't buy it.

"It's deceptive. Very official looking. They put these notices on doors and hope people don't communicate with one another, and gain access to the house. It's very concerning," said Tony.

Tony attempted to file a police report with Chula Vista Police, but says he was told there wasn't evidence a crime was committed.

According to the Contractors State License Board, the Los-Angeles based Pacific Home Remodeling has had several citations dating back to 2015 and was put on probation. The latest accusations include poor work and failure to obtain permits. Hearing dates set for later this month and June could determine what happens to the company's license.