Erosion and cliff collapses along the bluffs in Del Mar have raised concerns about the train tracks above. ABC 10News reporter Jared Aarons takes an In-Depth look at SANDAG'S short term solutions to keep it safe, and long term solutions already underway.

DEL MAR, Calif. (KGTV) - In the wake of the latest cliff collapse along the bluffs in Del Mar, SANDAG has sped up their time-table for the next phase of their Bluff Stabilization Project.

On Feb. 28, part of the cliff near 4th Avenue in Del Mar fell to the beach below. This coming weekend, SANDAG will shut down rail service from Oceanside to downtown San Diego for the next step in stabilizing the bluff near the collapse.

It's part of a more significant project to install 60- to 70-foot concrete beams in the bluff.

"The solution will be to put piles in and essentially going to drill down about 60 to 70 feet," says SANDAG Director of Engineering and Construction John Haggerty. "That will create a wall between the track and the bluff base."

Through the first four phases of the project, SANDAG has put 230 beams along a 1.3 mile stretch of the cliffs in Del Mar. The final two phases were scheduled to begin in 2023. Now they'll start within a few months. 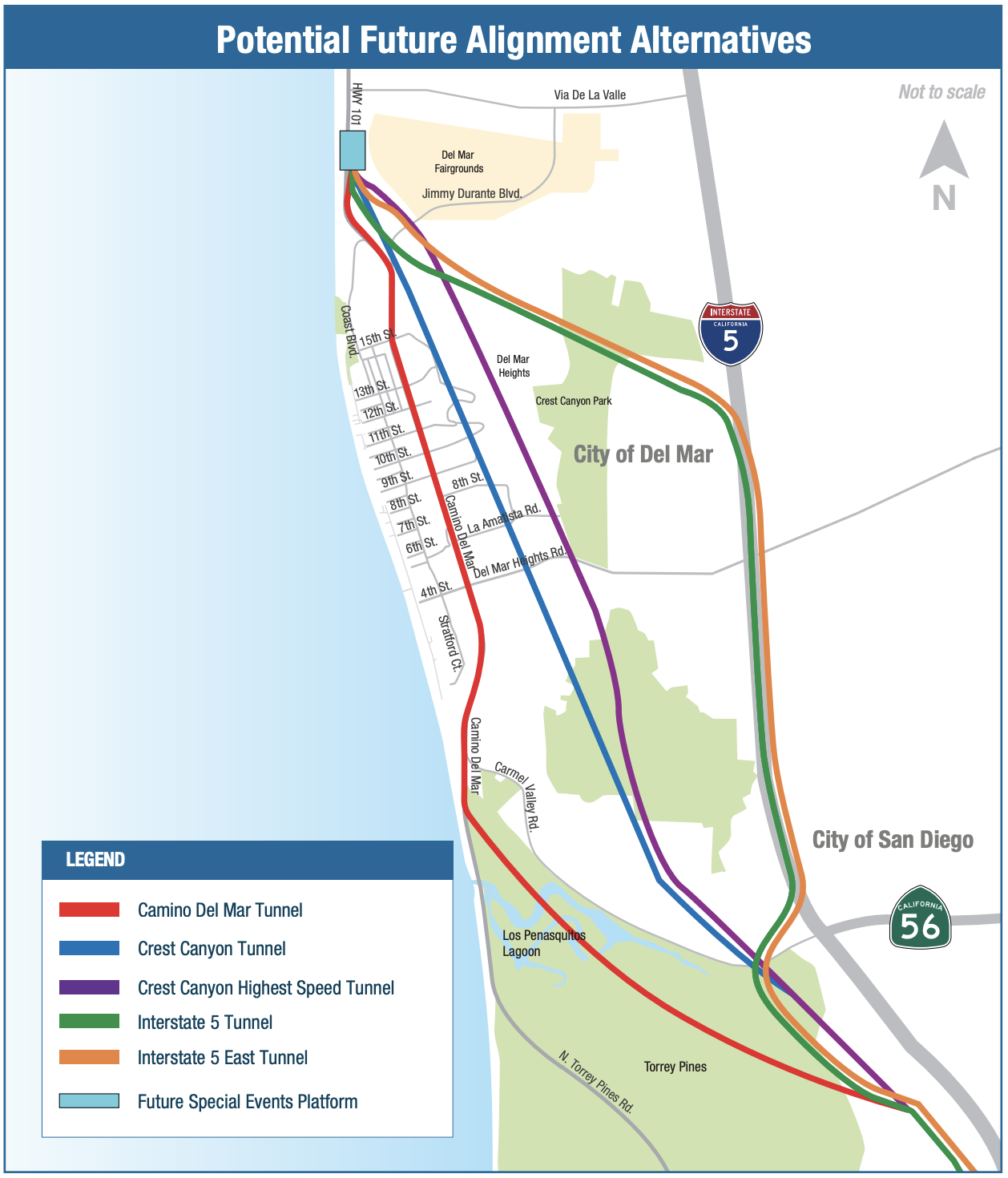 "What we're looking for is what I call a midterm solution right now," says Haggerty. "So the track is stable and safe for full-speed operation for a period of say 30 to 50 years."

SANDAG worked with local governments at all levels to find nearly $100 million to finish the project on an accelerated schedule. Getting the bluffs stabilized would give SANDAG decades to move forward on their permanent solution: moving the tracks off the cliffs and rerouting them further inland.

"Not only would relocate it the tracks, take it out of the way of Mother Nature, which eventually will catch up to us, but also put it in a position where we can have higher speed and double track to this section of the quarter," says Haggerty.

Mother Nature has already taken a toll on the cliffs. Since 2016, ABC 10News has identified at least a dozen bluff collapses in the Del Mar area underneath the tracks.

Geologist Dr. Pat Abbott says the cliffs erode about 4-6 inches every year, and it's only a matter of time before they dramatically impact the tracks.

"Gravity is not going to quit," says Dr. Abbott. "We can't stop what's going to happen, but we can adapt to the changes that do occur."

He says SANDAG needs to move as fast as possible on getting the tracks moved.

Haggerty says it will take decades to get all of the planning, approvals, and funding needed to build the new tracks. He estimates it will cost $3-5 billion.

Dr. Abbott says that money will be well worth it to prevent a catastrophe.