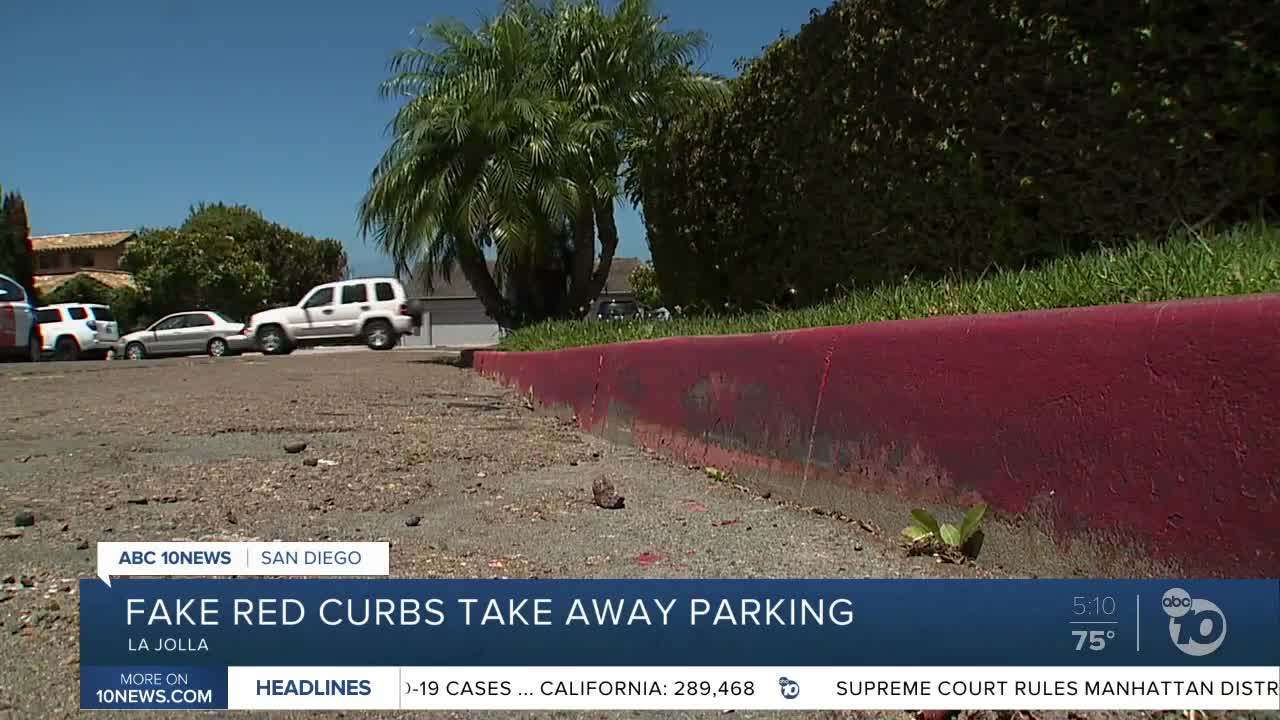 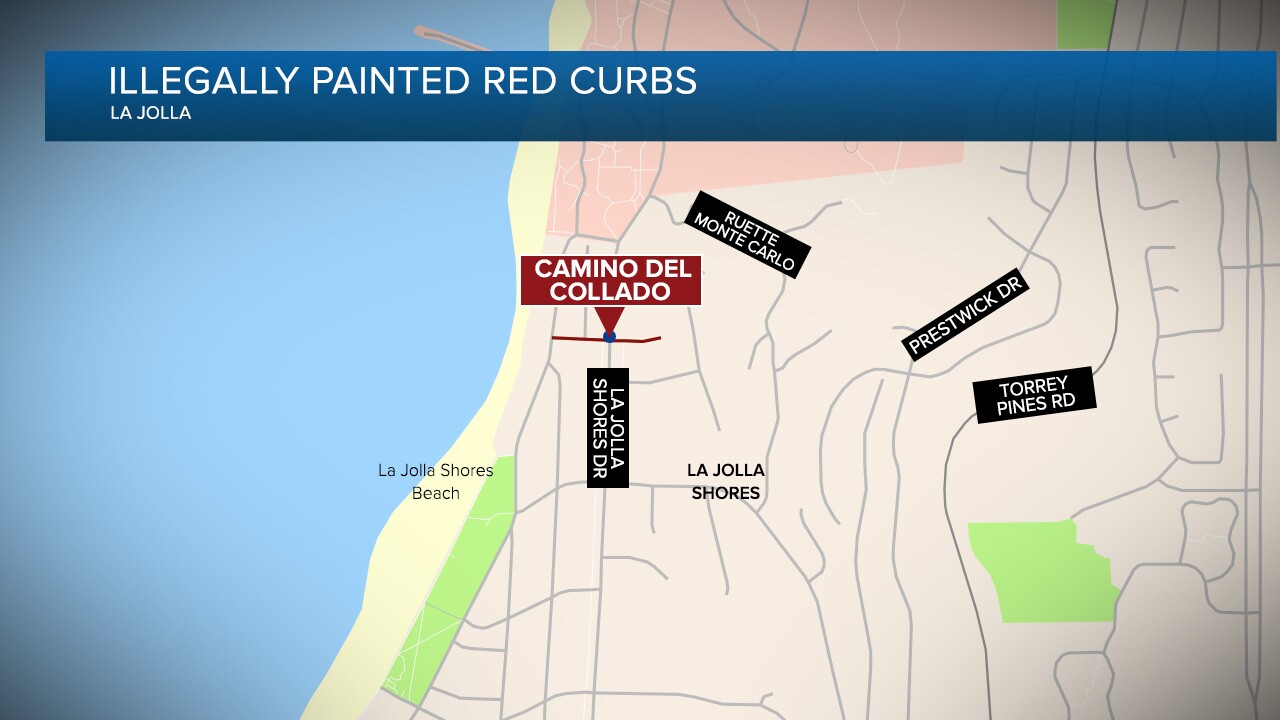 LA JOLLA, Calif. (KGTV) -- Many beach parking lots remain closed because of the coronavirus pandemic. Members of the Surfrider Foundation of San Diego say someone is making it even harder to find public street parking by illegally painting curbs red.

Surfers who frequent La Jolla Shores noticed something was a little off.

"Me and my friend came here the other day… and we're like, 'What? What the heck?'" surfer, Maddie Sadlier laughed.

"It's been like this for a really long time, up until recently, it just turned red," surfer Zach Rudy said.

It turns out, the red curb on Camino Del Collado is fake and illegal.

"It's really a problem that somebody took it upon themselves to take away public parking right next to the beach," Kristin Brinner, a volunteer with the Surfrider Foundation San Diego, said.

Some parts of the curb are only painted red on top, and there are several splotches of red on the road - clear signs that it was not a professionally painted curb. Brinner says this is the second summer in a row that this small street curb has been illegally painted.

"I do hope that people realize that this is more than just a simple bucket of paint," Brinner said. "It's vandalism, and it's preventing people from accessing the beach that belong to all of us. For someone to do this and say that 'No you can't access the beach near me,' is a really pretty hateful act, in my opinion."

According to San Diego Police, painting a curb red is a misdemeanor crime of vandalism. If caught, a person can be cited or arrested.
The Surfrider Foundation does not know who keeps doing this. But they say every summer, as the beach crowds increase, so does the problem.

"It does seem like it was somebody in this neighborhood that just was maybe sick of outsiders coming in, wanted to claim it as their own street," Rudy said.

San Diego Parking Enforcement is aware of the vandalism on Camino Del Collado and is already in the process of getting it repainted. But Brinner says the best way to fix the problem quickly is to be aware.

"They should document their parking spots they often use, and then they will have proof so they can say 'Hey, this used to be here, and now it's not!' So documentation is part of the solution," Brinner said.

If you suspect that a curb has been illegally painted, report it to the police.