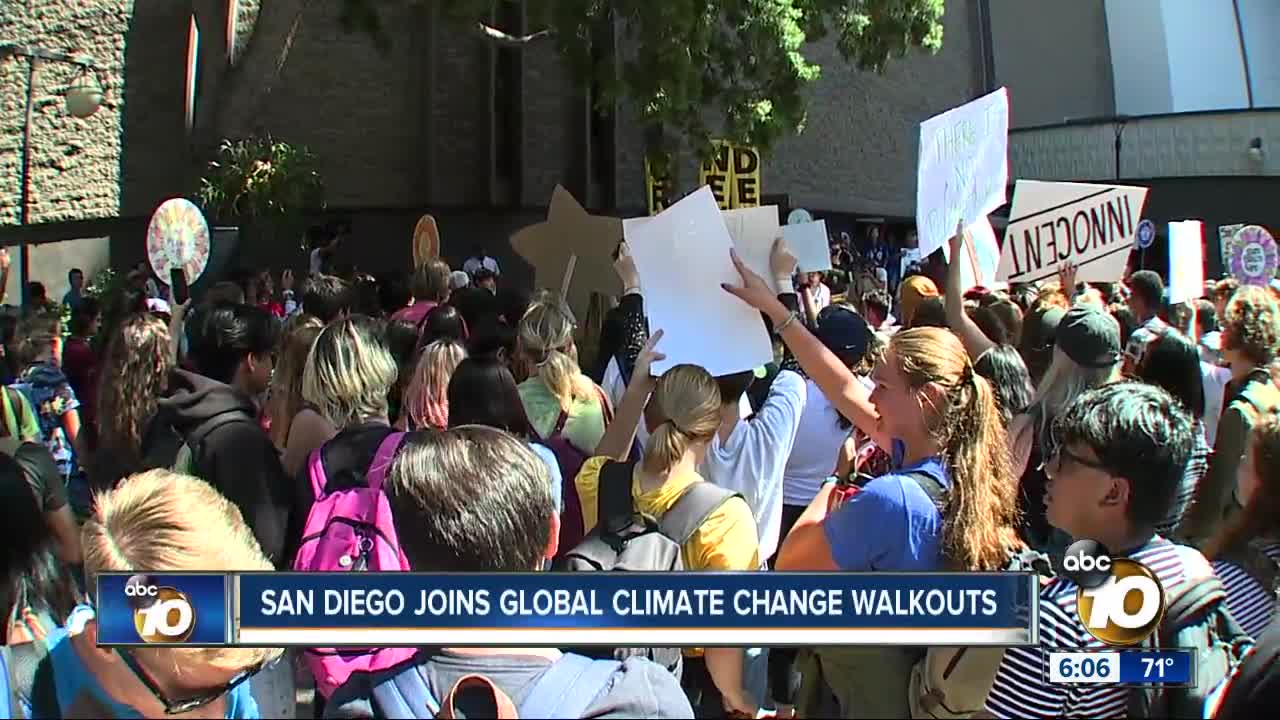 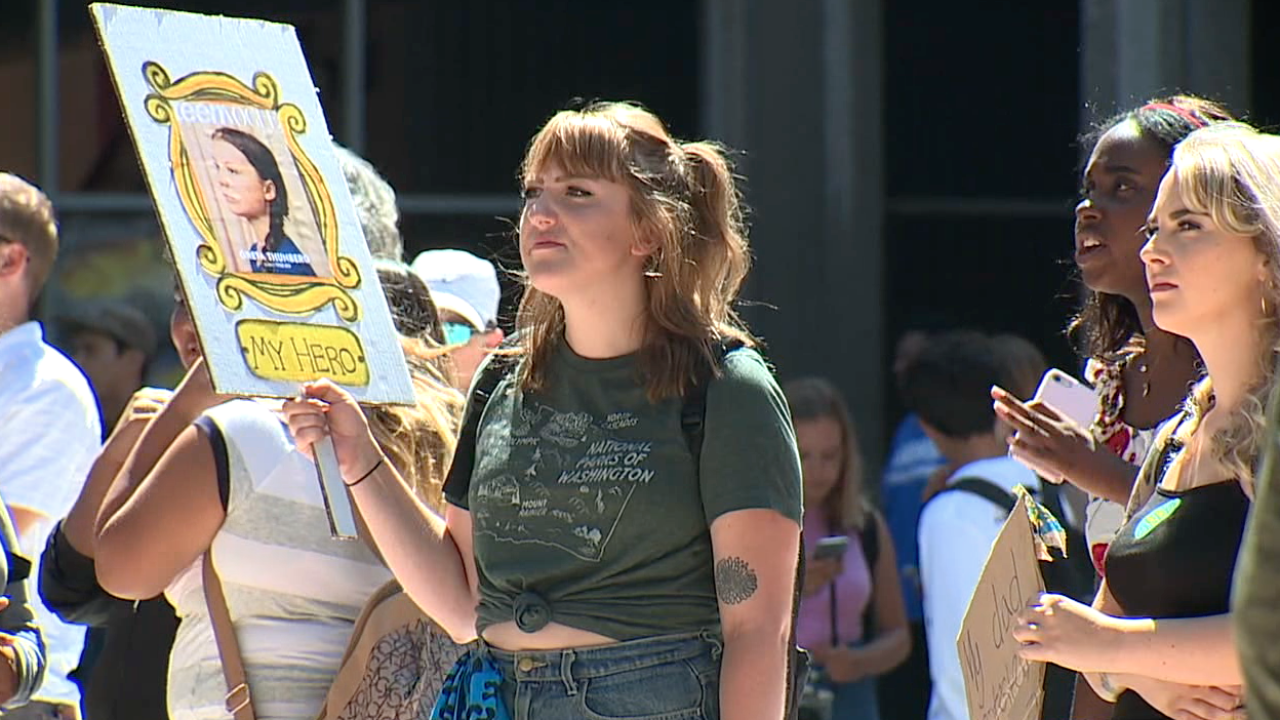 SAN DEIGO (KGTV)-- Millions of students from around the world skipped class and took to the streets to call attention to climate change. San Diego was one of more than 3,600 locations that held the global Climate Change Walkout.

It's a fight against time. Time, they say, the planet does not have.

"Climate change is the existential threat of our generation," Elea Castiglione said. The sophomore at San Deigo High School organized the walkout with her friends. She and hundreds of students hoped their actions would inspire world leaders to take aggressive steps to combat climate change.

Point Loma High School senior, Kisi Apaak performed her spoken-word piece, "Madness," at the San Diego Civic Center rally. Being 17, she said she does not have an income, nor does she have the right to vote. She said spoken-word is her way to show Mother Nature that she cares.

"This is all I know how to do, is write and talk and get out and take action," Apaak said.

Many said they were inspired by Greta Thunberg, the 16-year-old Swedish climate change activist, who has now become the face of the movement. Activists here said San Diegans should be more involved, considering our geography.

"I think that San Diego as a city needs to go carbon neutral, and we also need to be leaders as a coastal city in our protest for nationwide and global change," Castiglione said.

Change, they hope to see in the world, before it's too late.

"I'll pray. Pray with my hands and my feet and my voice. I'll pray that you join me before we don't have a choice," Apaak said in her performance.

Several area school districts, including San Diego Unified, passed resolutions to support the campaign. Most of the walkouts required some form of parental permission.