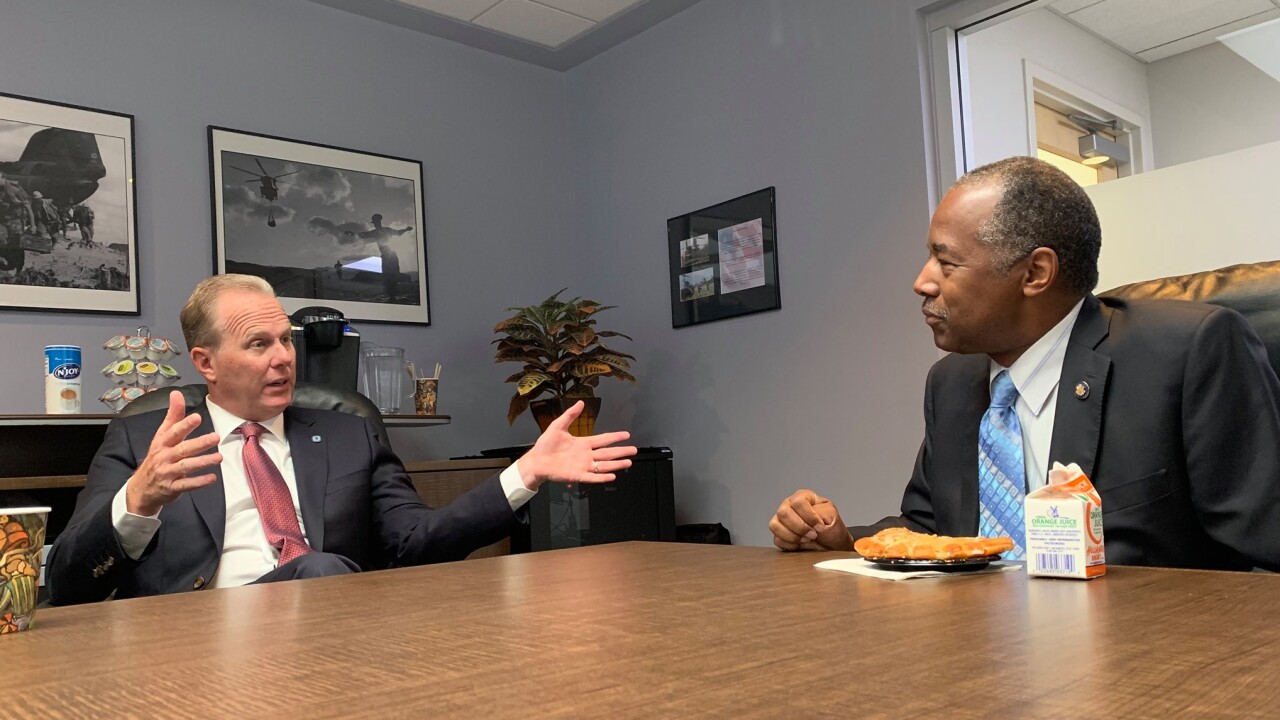 SAN DIEGO (CNS) - The head of the U.S. Department of Housing and Urban Development met with San Diego Mayor Kevin Faulconer today at a new affordable housing complex in the Grantville neighborhood to discuss the city's affordable housing needs and barriers.

HUD Secretary Ben Carson -- who's in the midst of a "Driving Affordable Housing Across America'' bus tour -- toured the Stella affordable housing complex, which is managed by local developer Affirmed Housing. Carson and Faulconer then hosted a roundtable with community leaders about reducing barriers like permitting and regulations to build more housing.

"San Diego exemplifies the progress that can be made with communication and the realization of common goals across all levels of government,'' Carson said. "As we continue to shred excessive regulatory barriers, like we did here today, we will increase the affordable housing stock for residents of San Diego and the surrounding areas.''

The Grantville Amendment was approved in 2015 to cut down some of the red tape, and since then more than 1,000 units have been opened with another 1,000 on the way. "The City of San Diego continues to implement the most forward- thinking housing reforms in California as we do our part to address the statewide housing crisis,'' Faulconer said.

"Projects like Stella are the culmination of those efforts to lower costs and speed up the construction of more affordable housing. We're excited to share our progress with Secretary Carson and how we plan to take our efforts to the next level this year.''

Reforms Faulconer has championed in regard to housing and developers include eliminating parking requirements for property in transit-oriented areas, streamlining regulations for companion units such as "granny flats,'' reducing fees and allowing mixed-use zoning development.

Faulconer hopes to get the council to sign off this spring on his Complete Communities initiative, which aims to take infrastructure, parks, transportation and homes and combine them into one comprehensive vision for neighborhoods.