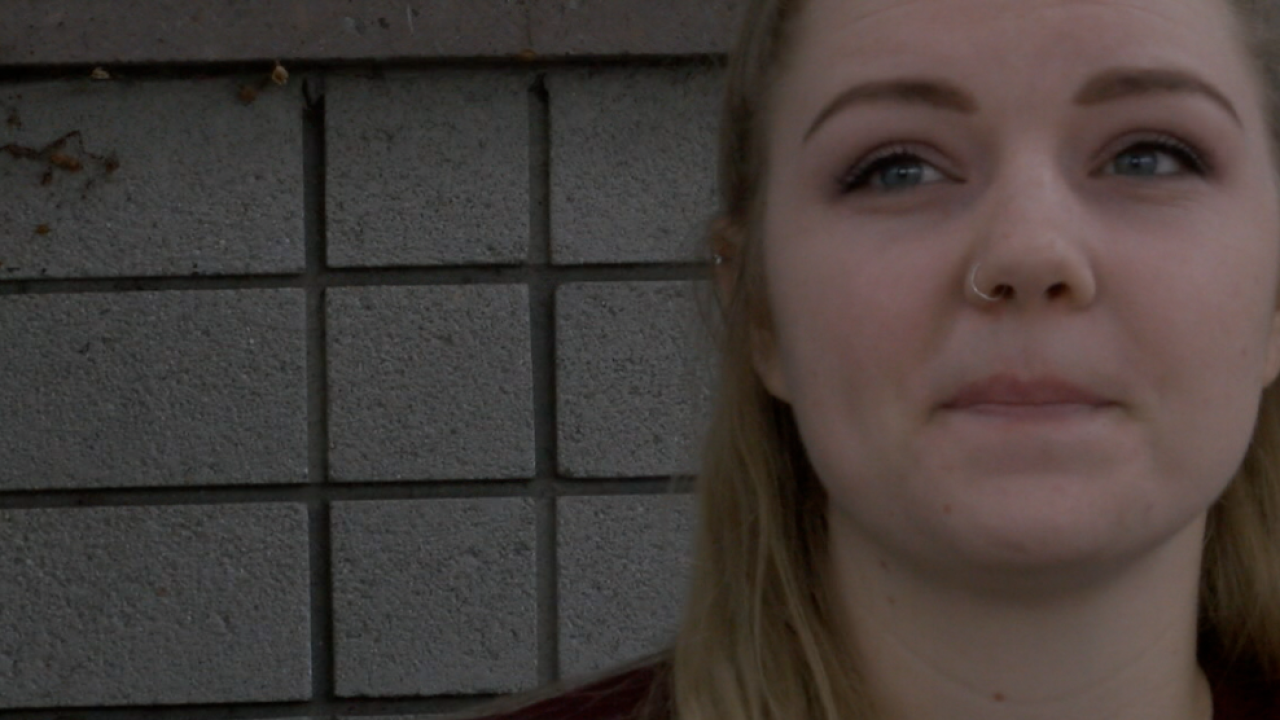 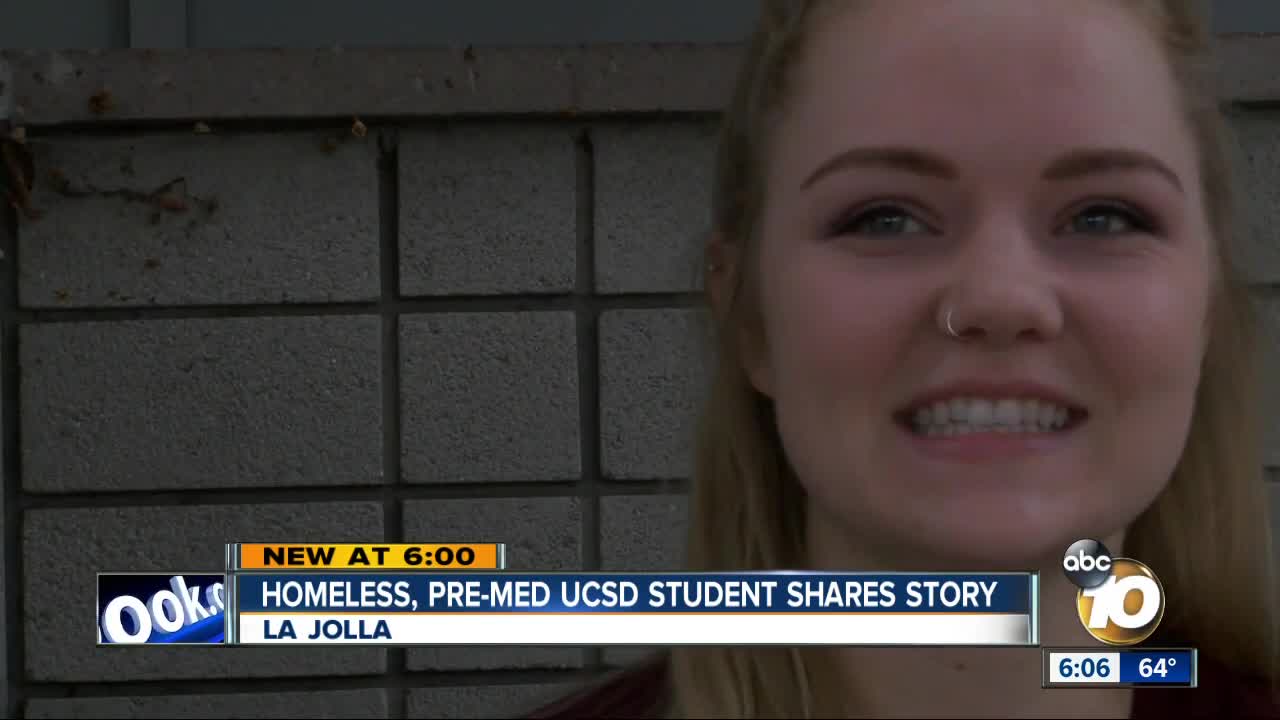 SAN DIEGO (KGTV) — She's a pre-med student at UCSD with hopes of becoming a neurosurgeon, and for the last year-and-a-half, Shea Cruise has been homeless.

Like so many on the UCSD campus, the senior's plate is pretty full. The neuroscience student has a rigorous course load.

But her studies aren't the only thing occupying her thoughts. When classes are over and she's finished her shift as a server, Cruise must figure out where she's going to sleep.

She calls her 2006 Ford Focus home. She's parked it in store lots, near the beach and in campus parking structures overnight. She qualifies for some financial aid but it's enough to cover her tuition.

Shortly after transferring to the school two summers ago from Cerro Coso Community College in Ridgecrest, she decided to live in her car to save money.

"I shower in the gym on campus," said Cruise.

Cruise also borrows her textbooks — whatever it takes.

"This was something I had to do to reach my goals. Something I was willing to sacrifice," said Cruise.

Then, four weeks ago came an unexpected medical diagnosis, which will force her to take leave from her job for appointments and treatment.

Cruise started a Gofundme campaign to help with tuition and other expenses, at the same time revealing a truth few on campus were aware of.

"It's an invisible population. Speaking about it hopefully will bring more light not to me but others in my position," said Cruise.

As for her academic position, she currently has a 3.8 GPA and is determined to graduate this June.

"I don't look at my situation as a victim. I look at it as a lesson. It teaches me to be more empathetic toward other people. I hope to one day be able to help people," said Cruise.

If she's able to graduate, she'll spend some time saving up money before applying for medical schools like Stanford, UCLA and Harvard next year.