Homeland Security: Asylum seekers must stay in Mexico for duration of immigration proceedings 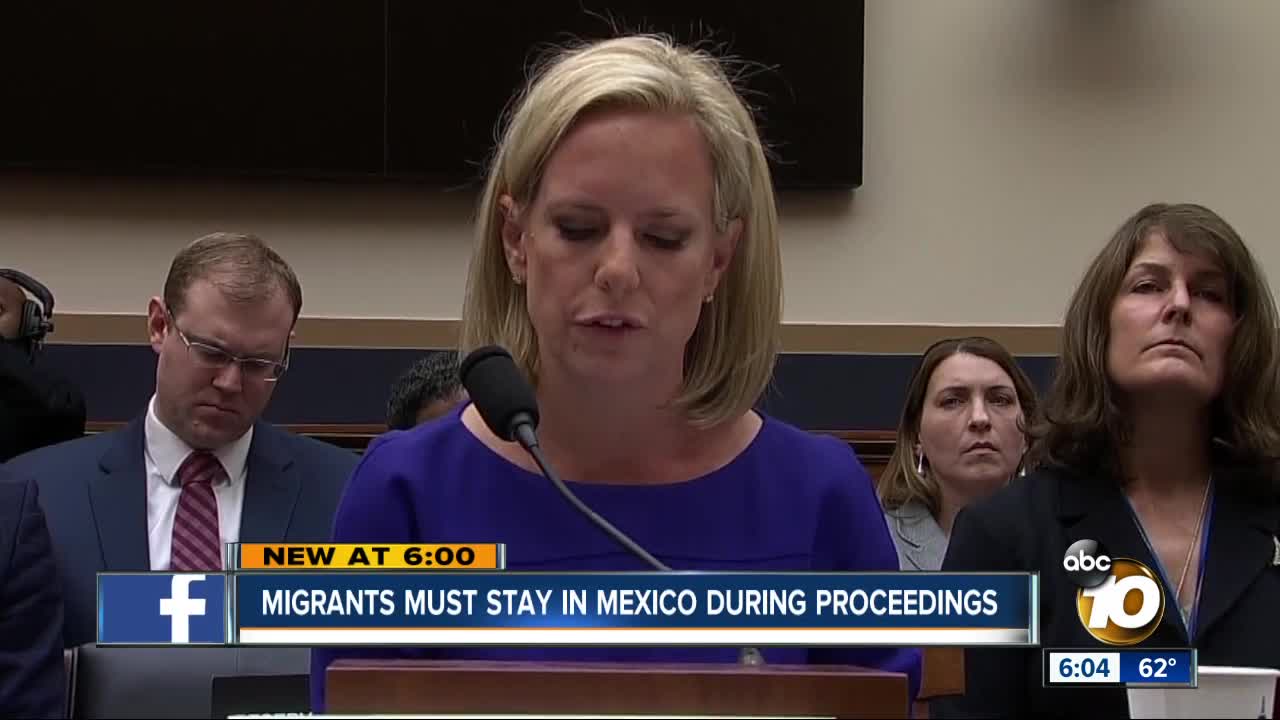 No more "Catch and Release": Migrants must stay in Mexico 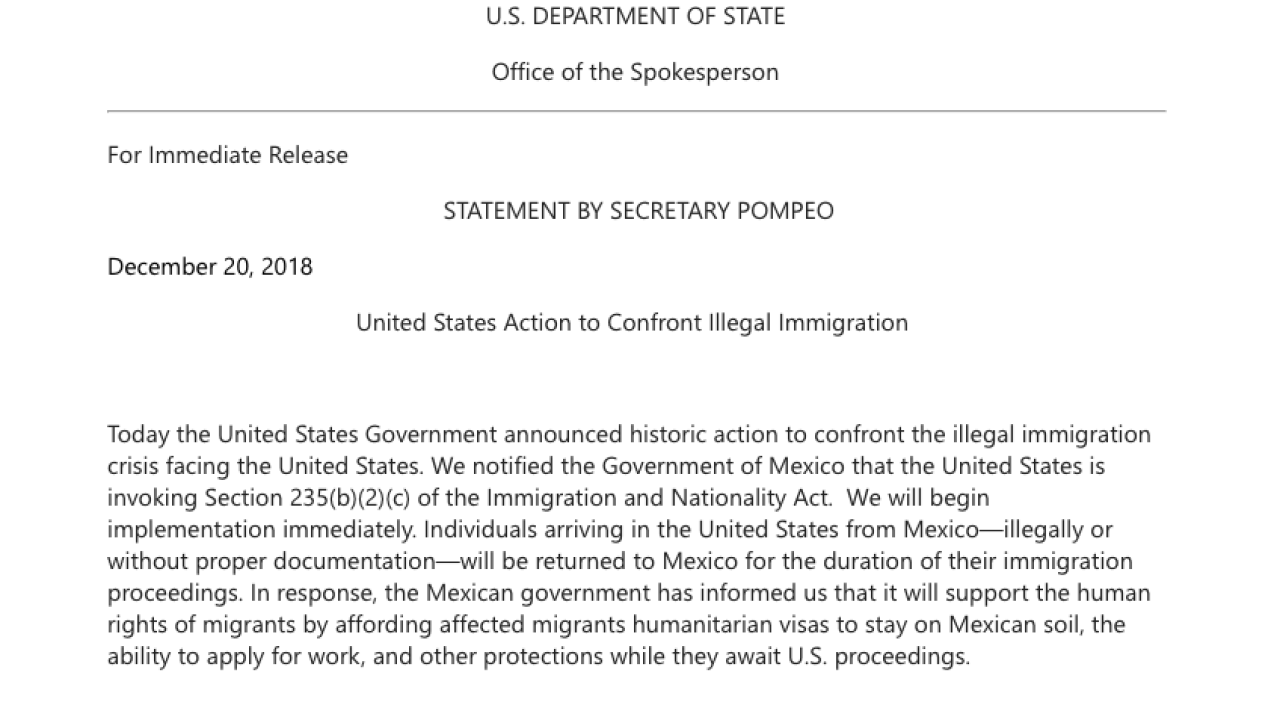 SAN YSIDRO, Calif. (KGTV) -- Homeland Security Secretary Kirstjen Nielsen announced Thursday any caravan migrants who seek asylum in the United States must wait indefinitely in Mexico until their immigration proceedings at the U.S. Port of Entry are complete.

In her speech, Nielsen announced the end of the American immigration policy nicknamed "Catch and Release." Catch is the migrants' initial meeting at the US Port of Entry. Release is the process in which asylum seekers are released into the U.S. with an ankle monitor until a later court hearing.

The criticism has been that migrants ignore the court date and never finish their legal proceedings.

Instead, in an emergency proclamation, Nielsen announced the start of what some are now calling the "Catch and Return" policy.

"Once implemented individuals arriving in or entering the United States from Mexico illegally or without proper documentation may be returned to Mexico for the duration of their immigration proceedings," Secretary Nielsen said. "They will not be able to disappear into the United States."

While the Central American migrants wait indefinitely, Nielsen said that Mexico has agreed to provide humanitarian visas and work support.

"Just declaring as a blanket policy where Mexico is going to take responsibility for all of this, this seems like a colossal mistake," Meade said.

He said many "Caravaners" do not want to stay in Tijuana, especially after a recent uptick in violence. Last weekend, two asylum-seeking Honduran teens were kidnapped, robbed and killed in Tijuana. Like many of the President’s other immigration policies, Meade believes this policy will most likely be shut down by a federal judge unless tweaks are made.

"If they make it more of a voluntary program where people can opt to do this, and it's incentivized and allows people to work in order to get themselves back together in Tijuana while they're waiting to get their case heard, and they've in fact decided to do that, then it could work for some members of the Caravan," Meade said.

Homeland Security officials said this new policy excludes asylum seekers from Mexico. While the policy is effective immediately, the changes will be rolled out gradually across the border.