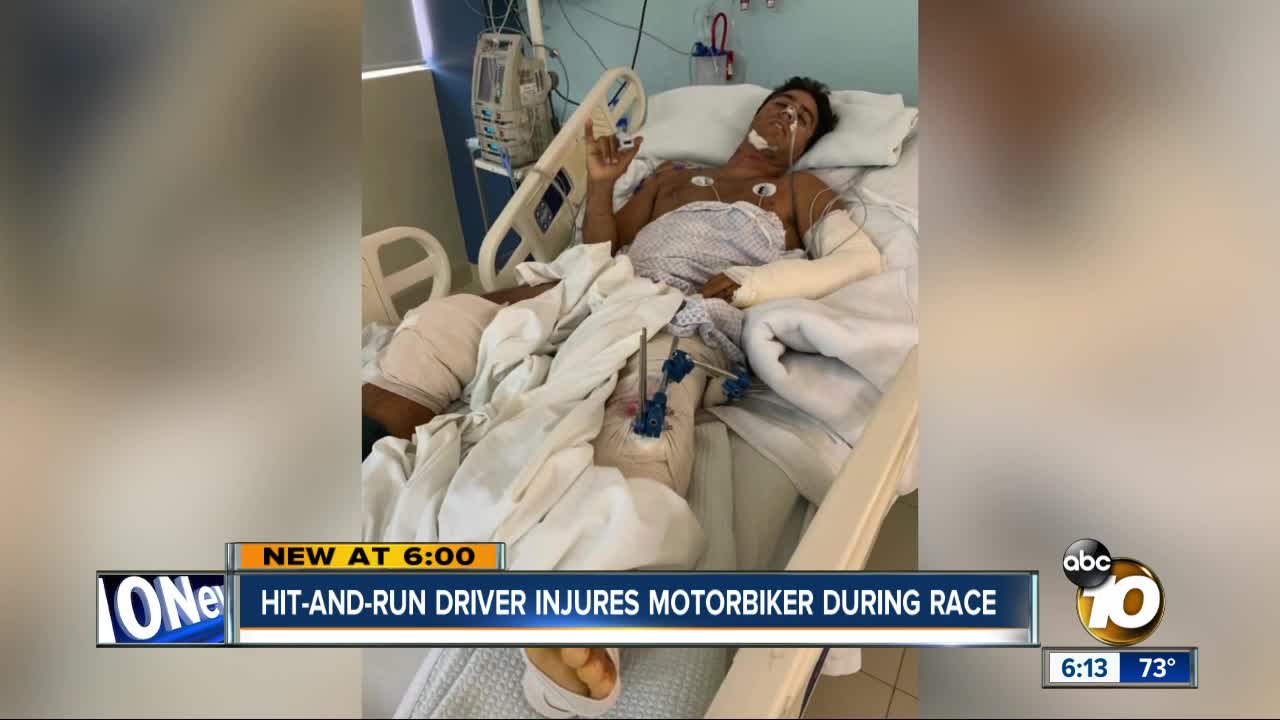 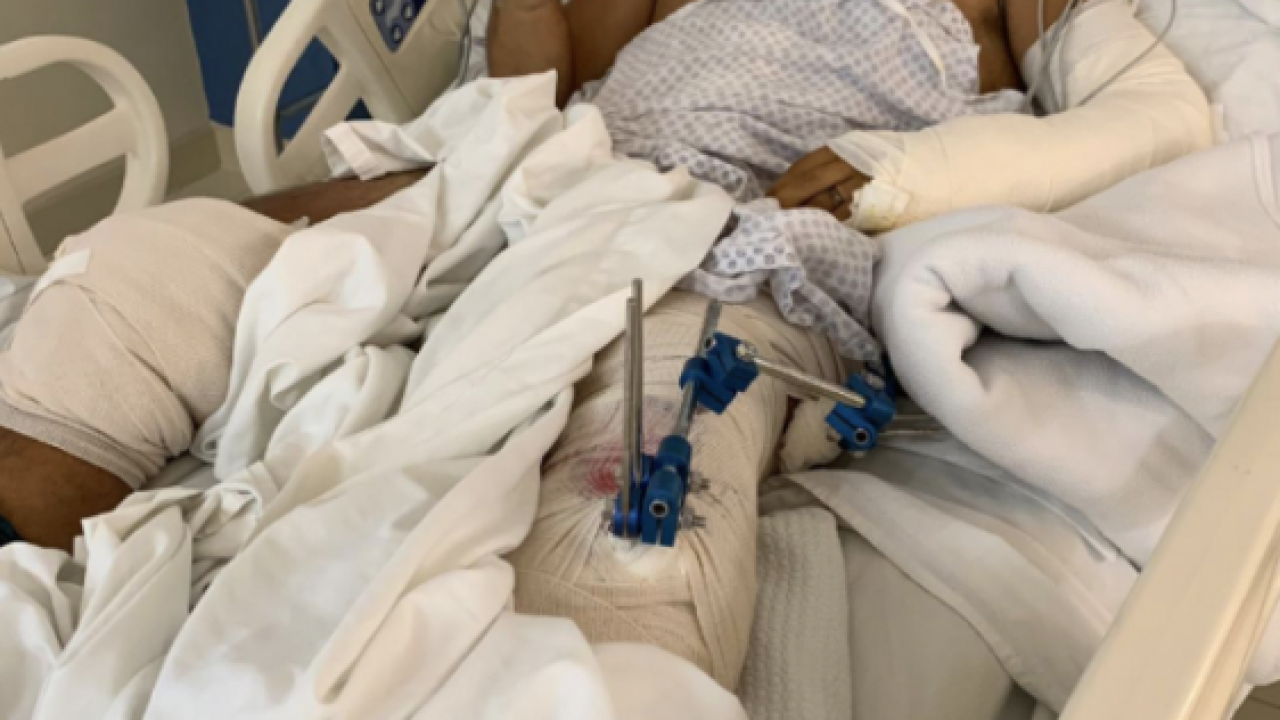 ENSENADA, Mexico (KGTV) — A San Diego dirt bike racer is recovering tonight in Mexico after a bizarre mid-race crash with a mystery SUV.

On Saturday morning, about 60 miles southeast of Ensenada, 29-year-old Josear Carrasco was racing a course he knew well. On this day, he would not finish.

"Just devastated. It's really hard. He's my everything, so it's hard to see him like this," said his wife, Kylie.

Kylie was in a truck along the course when she got the news. Josear was in second place, nearly done with his 100-mile stretch and about to turn his bike over to a teammate. That's when he says he collided with an SUV that had driven onto the course, headed toward him.

"He tried to veer off to the right ... the car veered off in same direction. Then, a head-on collision. He doesn't remember anything after that," said Kylie.

Josear was discovered by spectators and a teammate, with car parts scattered nearby.

"Something exploded. When they found him, his gear was just melted off," said Kylie.

Josear suffered second-degree burns up and down the left side of his body and broken bones in his arms, legs, shoulder and shin. He also suffered a ruptured intestine, but he was alive.

"Once I saw him breathing, my heart dropped ... because that's all that matters," said Kylie.

Josear has already undergone several surgeries at a hospital in Ensenada. His family trying to raise money for a medical transport back to San Diego, while Mexican authorities hunt for the hit-and-run driver.

A GoFundMe campaign has been set up to help his family with expenses.