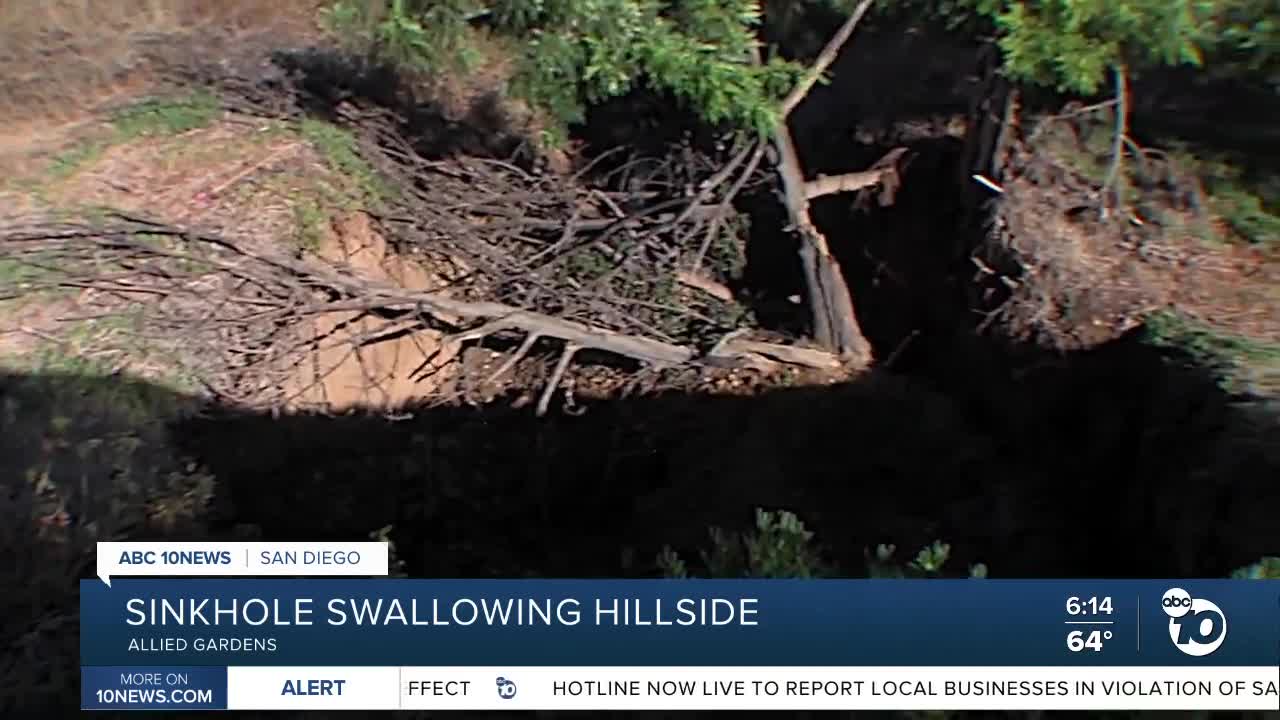 A gaping hole in an Allied Gardens hillside has many residents worried of a potential catastrophe.

SAN DIEGO (KGTV) -- A gaping hole in an Allied Gardens hillside has many residents worried of a potential catastrophe.

Outside of John and Sandy Knox’s bedroom window is a massive sinkhole that has already swallowed up their tree. The couple fears their home could be next.

A broken-down drain pipe that is 50 feet deep and 60 feet wide is believed to be the cause of the hole.

John Knox said he owns his mobile home, but a property management company owns the land it sits on and might be on the hook for fixing it.

According to Knox, the management company has ignored his calls regarding the hole.