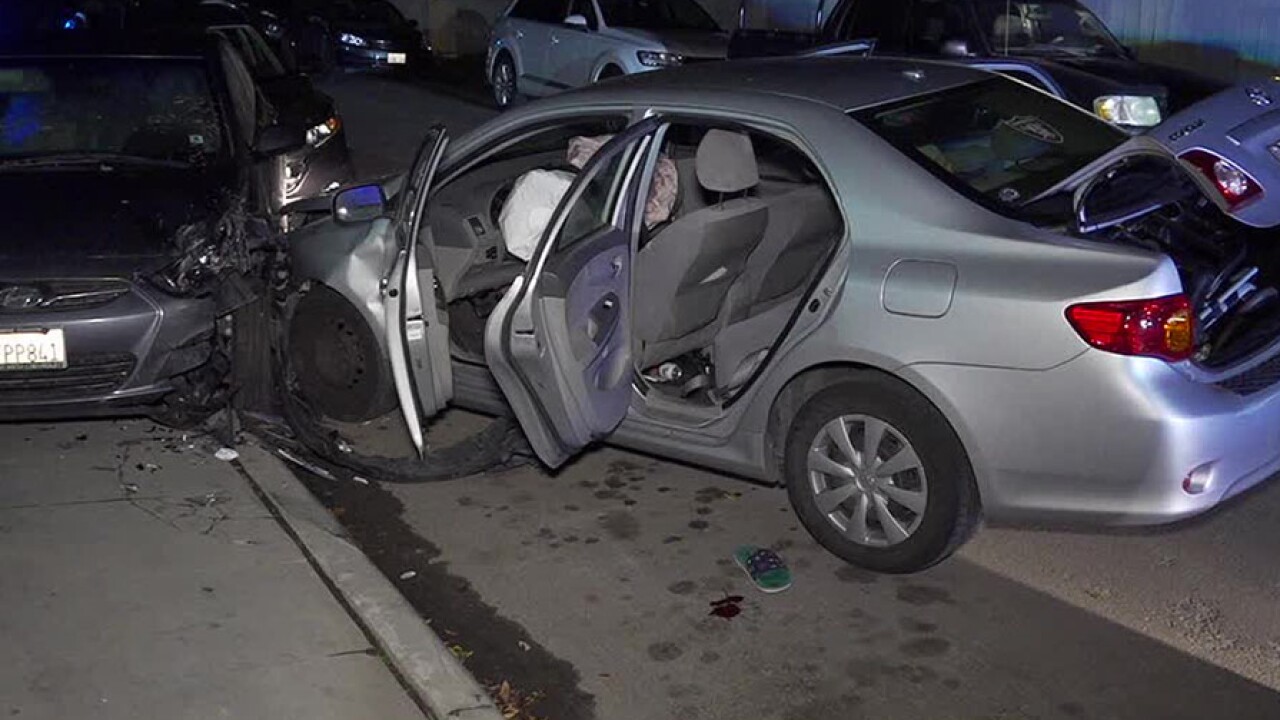 SAN DIEGO (KGTV) -- A high-speed pursuit that began near the Mid-City area early Wednesday morning ended when a car crashed into parked vehicles.

Just before 2 a.m., San Diego police attempted to pull over a Toyota Corolla near the 100 block of Euclid Avenue when officers reportedly noticed a handgun being tossed out of the vehicle.

The Corolla then sped away, leading officers on a chase from westbound state Route 94 to northbound Interstate 805. The car reached speeds over 90 MPH during the pursuit.

After making its way onto Interstate 15, the Corolla exited on University Avenue and then made a right onto 39th Street before crashing into at least two parked vehicles.

The male driver and a male passenger ran from the wreckage, leaving two women behind in the backseat of the car.

Police tracked down the two men and took them into custody. It is unknown what charges they may face.

The women were detained, and it is unclear if they were arrested.

Details on what prompted the traffic stop were not immediately available.