Heal the Bay report card: Some of the cleanest beaches in California are in San Diego County 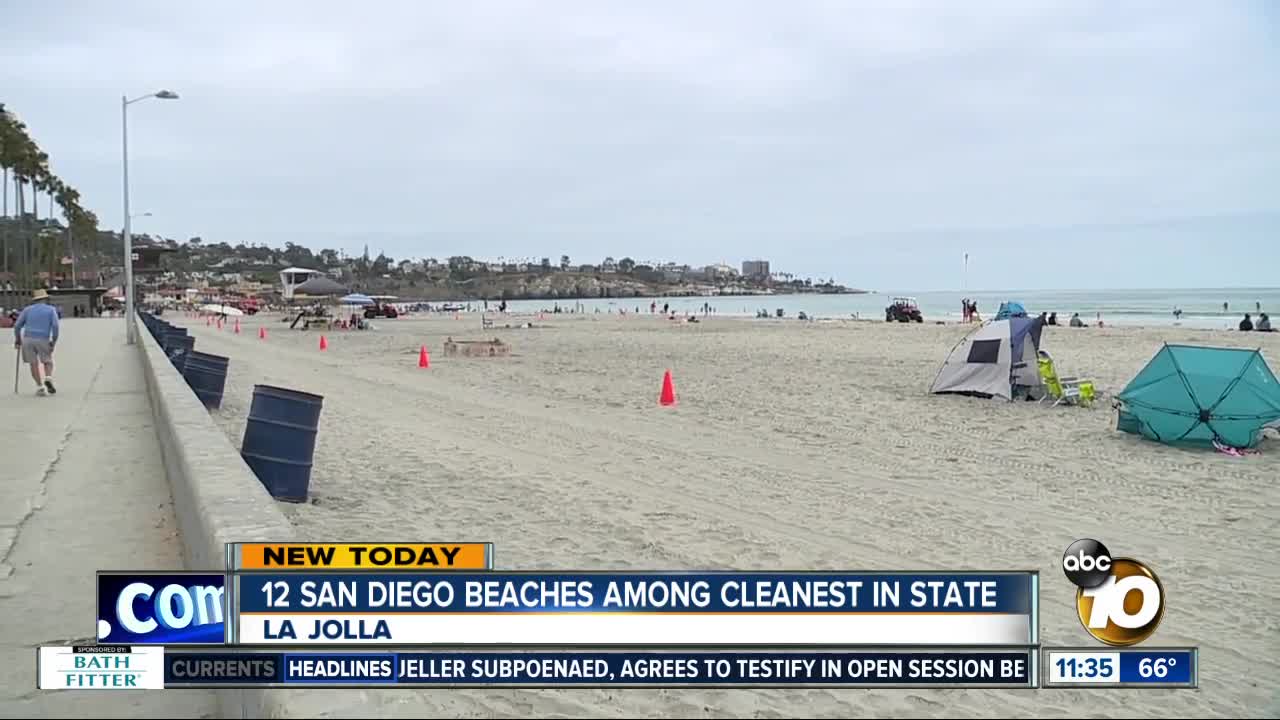 For the 2018-19 year, La Jolla Shores and beaches in Oceanside, Carlsbad, Solana Beach, Cardiff and Encinitas made Heal the Bay’s Honor Roll -- which means A+ grades.

SAN DIEGO (KGTV) – San Diego County has some of the cleanest beaches in all of California, according to an annual report released Wednesday.

The group Heal the Bay put out its yearly report card that looks at the cleanest and most polluted beaches, based on bacteria levels, in the state and gives letter grades from A to F to each beach studied.

For the 2018-19 year, La Jolla Shores and beaches in Oceanside, Carlsbad, Solana Beach, Cardiff and Encinitas made Heal the Bay’s Honor Roll -- which means A+ grades.

Luke Ginger with Heal the Bay said, “San Diego County had 12 beaches on the Honor Roll this year, which is the most of any county.”

No county beaches made the dreaded “Beach Bummer List,” including Imperial Beach, which has been plagued with issues stemming from sewage spills in Tijuana.

Heal the Bay’s water quality scientist said IB beaches did not make the Bummer List because their grades are for the typically dry summer period, not during the wet season when there is plenty of rain and run-off.

According to the report card, only 54 percent of the beaches listed received an A or B grade during wet weather.

Overall, 94 percent of California’s 500 beaches received an A or B grade for the summer season.