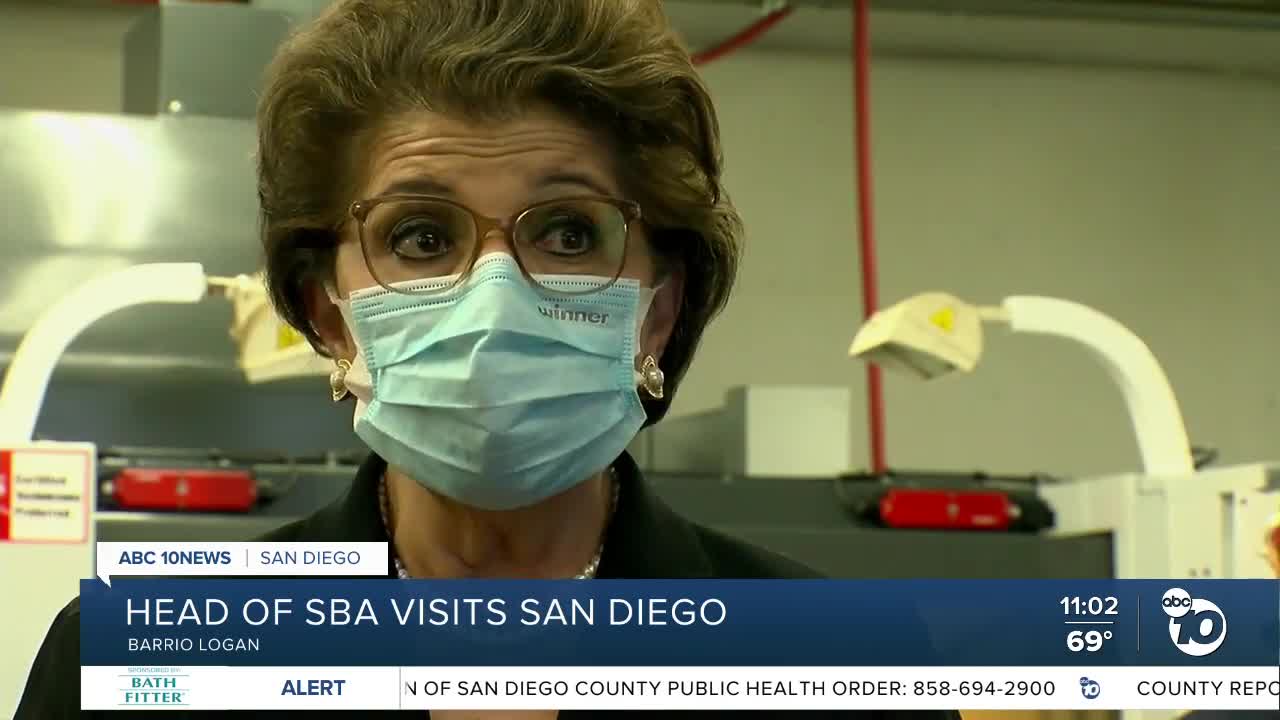 "Being here in San Diego and very vibrant market and thousands and thousands of small businesses benefited from the Paycheck Protection Program," Carranza said.

One of those businesses is VetPowered and their non-profit Workshops for Warriors, which trains veterans in manufacturing. The company launched in 2008.

More than 750 veterans have graduated and 95% of them have been placed in permanent jobs.

"The SBA funding we received was a lifeline had we not received that funding we would have had to shut down operations and all the students that were here most of them would become homeless so thanks to these loans not only were we able to continue operations we’ve had two COVID graduations we’ve been able to put almost 100 graduates that I’ve been trained and certified in advanced manufacturing skills into the workforce and I am so thankful for their support," Hernán Luis y Prado, Founder and CEO of VetPowered and Workshops for Warriors.

Carranza said negotiations for another round of PPP has been in negotiations for more than two months. She said there is $130 billion left in the fund and there should be more money added before the next round of loans comes out.

"I am so thankful and so encouraged to hear that so many small businesses applied the flat funds appropriately but that they’re actually planning on growth and adding employees not only replacing them," Carranza said.

Carranza hopes to get more money to more small businesses after the election.