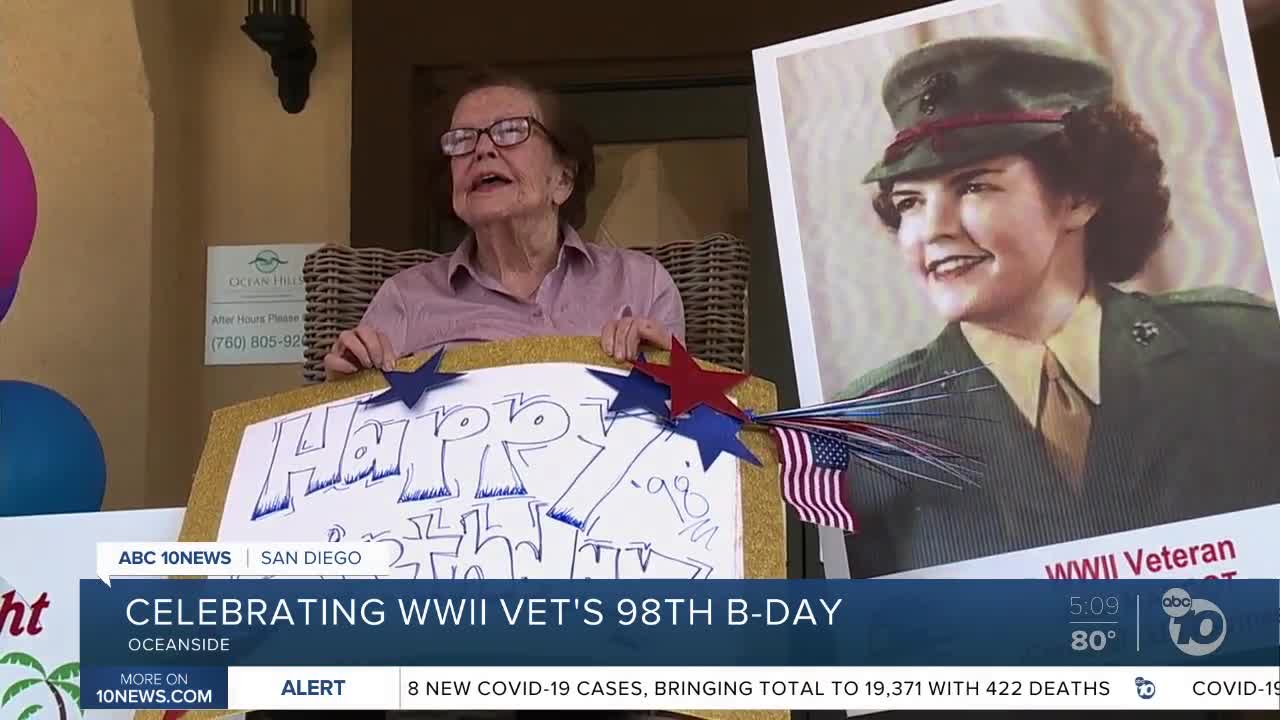 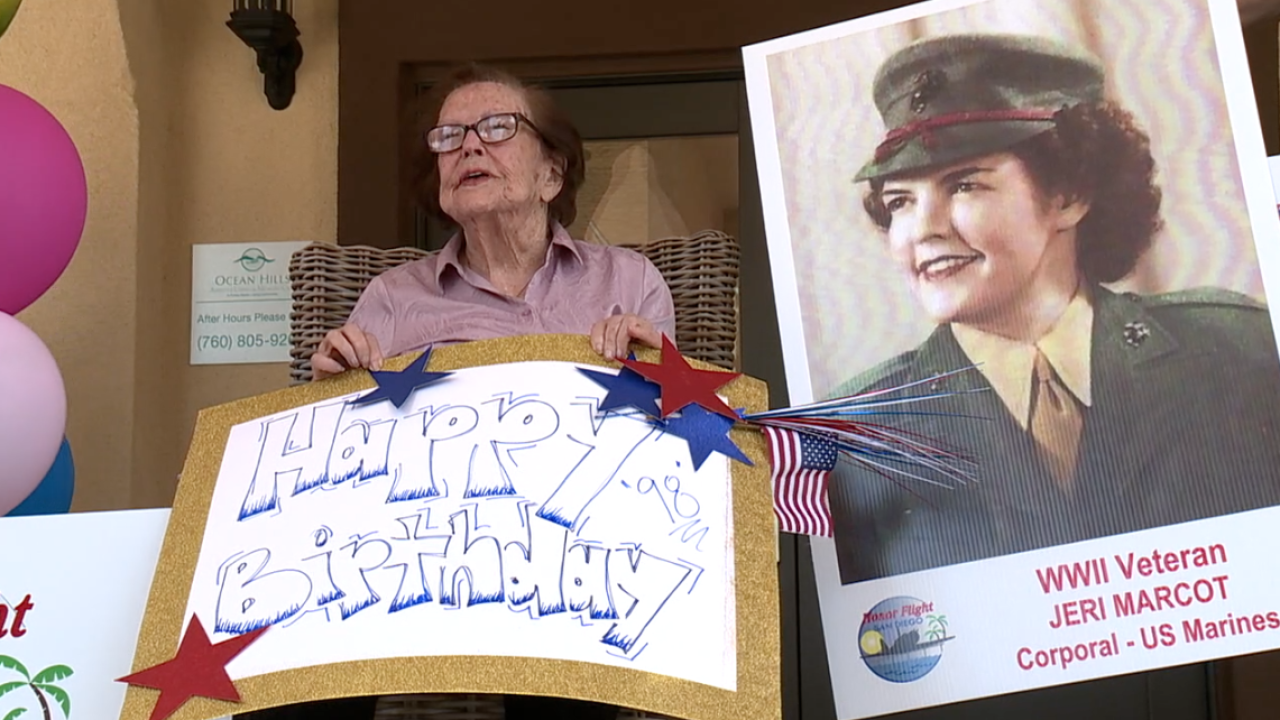 OCEANSIDE, Calif. (KGTV) -- A World War II veteran got a big surprise Saturday morning when dozens of cars drove up to her Oceanside home to celebrate her 98th birthday.

Corporal Jeri Marcot wasn't expecting too much on her birthday — maybe a call or two. .

"I woke up this morning and said, 'Oh well, it's my birthday,' but wow, you made it a wow event!" Marcot said in amazement.

With the help of Honor Flight San Diego, her family set up a surprise.

She was taken to her birthday throne, and car after car, she waved to many of her friends and family.

"Today is great," Marcot's granddaughter, Janelle Stettler, said. "It's another way we are getting around the COVID restrictions where we're having a drive-by parade to celebrate her birthday,"

"I was 18 when I went in the service in WWII, so that seems like a long, long time ago," Marcot laughed.

Back in 1944, enlisting in the Marine Corps as a young woman was not the "cool" thing to do. Marcot says women were barely recognized as being part of the Armed Forces. But the aviation lover knew it was her duty. Since she had already taken flying lessons before enlisting, she ended up working on airplanes.

Her two-and-a-half years in the service inspired people like Holly Shaffner, who served 24 years in the US Coast Guard.

"We served, and it was great," Marcot said. "It was our turn to do that, so I'm happy I got the chance."

Even after her military life, Marcot continued a life of service as a children's librarian until her retirement.

"She was always at the forefront," Marcot's daughter, Linda, said. "Forefront of the Marines, the forefront of starting a library in El Centro. [She's] one of these women that is an inspiration."

She is such an inspiration that many of her fellow WWII veterans came by to thank her for her service and wish her a happy birthday.

"Look at all my friends," Marcot said. "Oh my goodness, you could write a book about all of this."

Maybe when the Corporal returns to her usual peace and quiet life, the former librarian will get around to writing down her own amazing life story. Marcot says the secret to longevity is to surround yourself with loving family and friends.