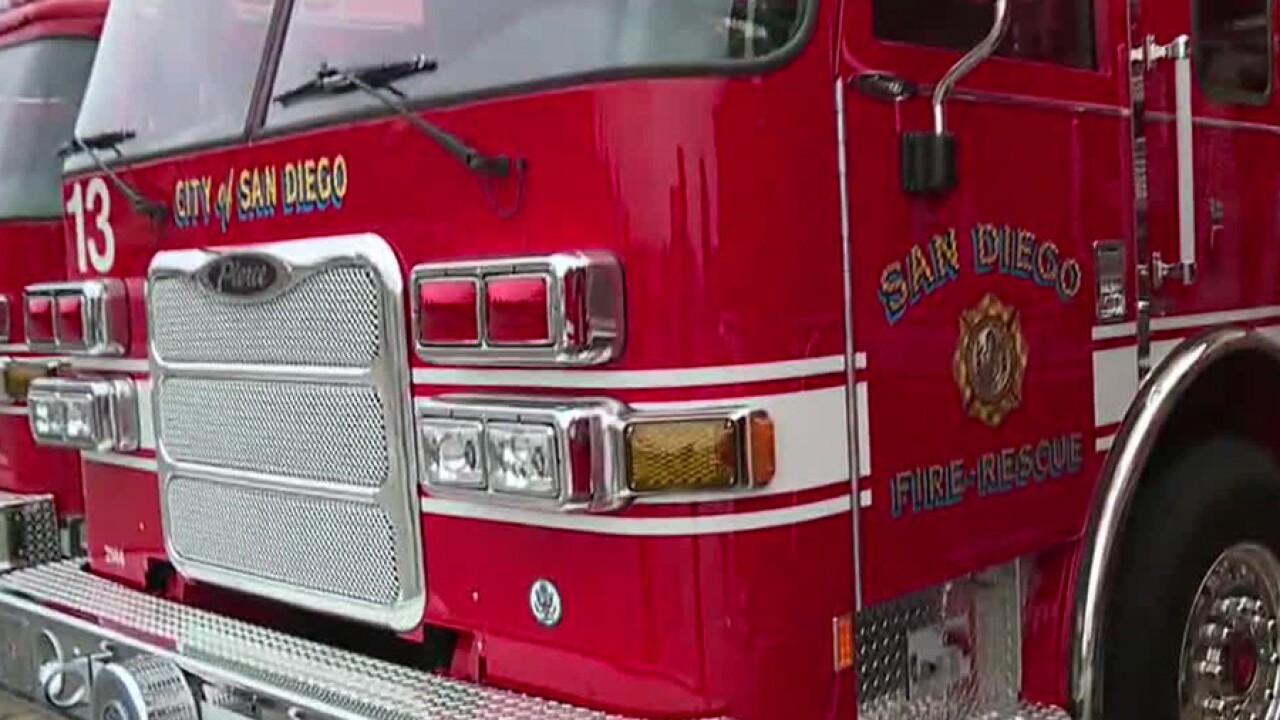 The noninjury blaze was reported shortly after 5:35 a.m. at a two-story apartment building on Reflection Drive, in The Village Mission Valley apartment complex off Santo Road and Friars Road, according to the San Diego Fire-Rescue Department.

Crews arrived to find smoke and flames coming from the roof of one apartment building, SDFRD spokeswoman Monica Munoz said, adding that all residents were able to escape safely before firefighters arrived.

Firefighters knocked down the flames and kept the fire contained to an apartment on the second floor, Munoz said. A time of knockdown was not available.

The American Red Cross was called in to help the displaced residents arrange for temporary lodging.