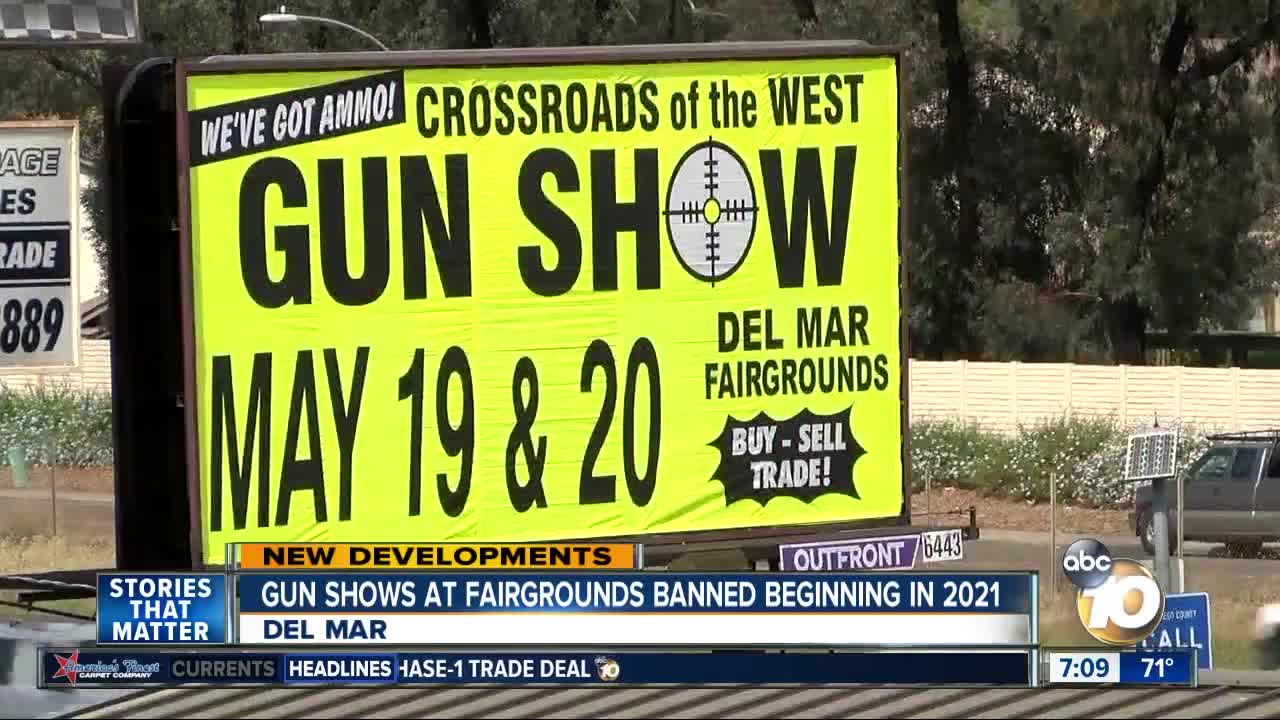 California Governor Gavin Newsom signed a bill that will prohibit gun and ammunition shows at the Del Mar Fairgrounds. 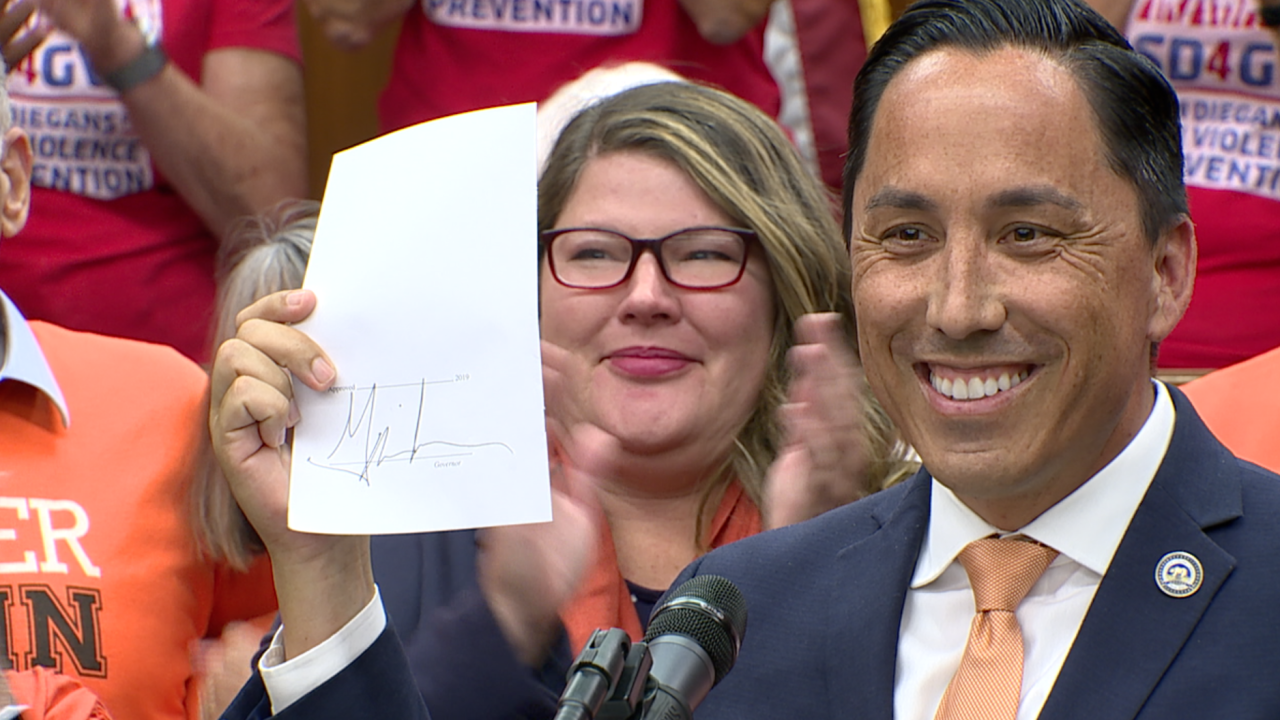 Del Mar, Calif. (KGTV)- California Governor Gavin Newsom signed a series of gun bills into law Friday, including a bill that will prohibit gun and ammunition shows at the Del Mar Fairgrounds. The bill was authored by State Assemblymember Todd Gloria (D-78).

"People have the right to continue to buy guns at private establishments. The state just shouldn't have a role in facilitating the flow of guns into neighborhoods where children are killed," Gloria told 10News in an interview shortly after returning from the bill signing in Sacramento.

Gloria was inspired to act by anti-gun violence advocates who began protesting the Crossroads of the West Gun Show, held five times each year at the Fairgounds. Groups such as "Never Again CA" began the protests shortly after the deadly school shooting in Parkland, Florida.

Crossroads President Tracy Olcott told 10News the company plans to sue the stop the law from taking effect. "Gun shows are not the place where gun violence is created. We're the ones who are educating about gun safety and I think when you have an environment where you can talk about it and educate people, I think that's an important part of curbing gun violence."

The next gun show will be held in December. Dates for five more have already been scheduled for 2020, before the new law goes into effect.