Gov. Newsom: 'We have confidence' MLB fans will be in stands for opening day

Sandy Huffaker/AP
California Governor Gavin Newsom stands on the field before a news conference at Petco Park, which will host a vaccination site in a parking lot next to the ballpark in a partnership between San Diego County, the San Diego Padres baseball team, and UC San Diego Health, Monday, Feb. 8, 2021, in San Diego. California is still not receiving enough COVID-19 vaccine to meet overwhelming demand and that's unlikely to change in the weeks ahead. Meanwhile, Newsom said Monday that many counties are turning their attention to people in line for a second dose after getting their first shot. (Sandy Huffaker/The San Diego Union-Tribune via AP, Pool)

SAN DIEGO (KGTV) — Gov. Gavin Newsom said the state is close to finalizing plans that would allow fans into California ballparks in time for MLB's opening day in April.

Speaking at a press conference in Long Beach, Newsom said health officials are working closely with the league to ensure a safe plan is developed before April 1, Major League Baseball's opening day.

Newsom said Wednesday that while the state's case trends were heading in the right direction, those plans could be delayed if the coronavirus surges once again. As of Wednesday, California reported a positivity rate of 2.6%.

RELATED: San Diego Padres survey offers look at what 2021 season may look like

"We’re working on the final details. We’ve been working very closely with Major League Baseball and others across the spectrum," Newsom said. "We have confidence that when you look forward to April, to opening day, and where we are likely to be if we all do our jobs, if we don’t let our guard down and spike the ball — wrong sport — then I have all the confidence in the world that fans will be back safely, in a lot of these outdoor venues."

If fans are allowed back into the stands this season, several modifications are expected, including capacity limits, physical distancing between fans and groups, mandatory face coverings, and increased hygiene.

Both County Board of Supervisor Chairman Nathan Fletcher and Supervisor Jim Desmond have voiced support for getting fans into Petco Park this season.

"We both want to protect our community and keep people safe and we both know the mental health impacts the past 11 months have had on Californians," Desmond said in a letter to Newsom last month. "Allowing a small number of San Diegans to attend Padres games would be a major step in getting back to normal. I know you want to make decisions based on science and the science is clear that, when done safely, fans should be allowed to attend games."

"We are making progress as case numbers go down and the number of vaccines given go up. I have been in ongoing conversations with the Padres and Governor Newsom and am hopeful that by Opening Day we are in a position to have some fans safely in the stands rooting for the Friars," Fletcher said in a statement last month. 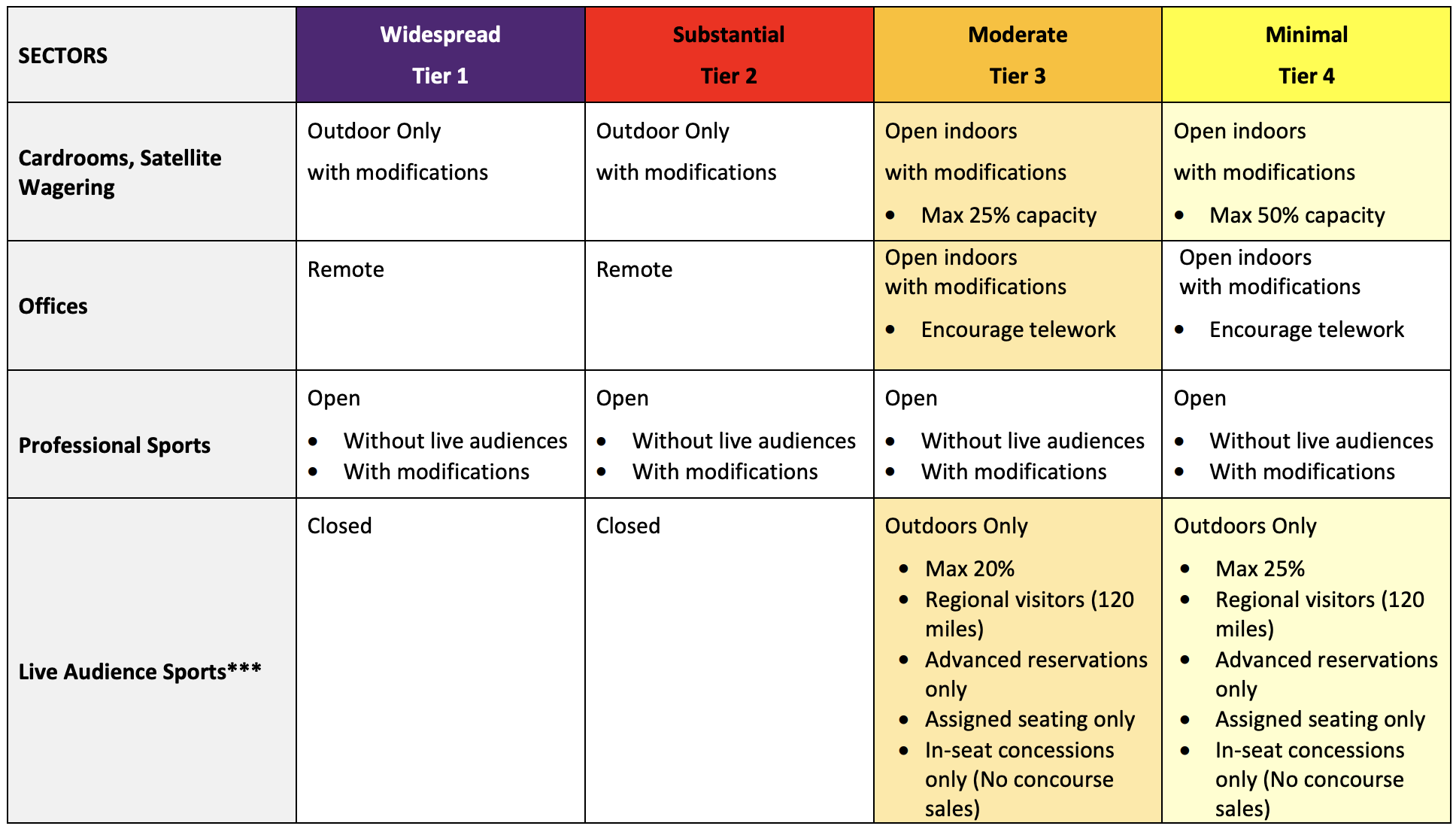 A recent survey sent out to season ticket holders by the San Diego Padres shed some light on the potential changes in store for fans if allowed inside Petco Park in 2021. Those changes could include more contactless entry and payments, socially distance pods of seats, mobile concessions ordering and pickup, and plexiglass in areas near players.