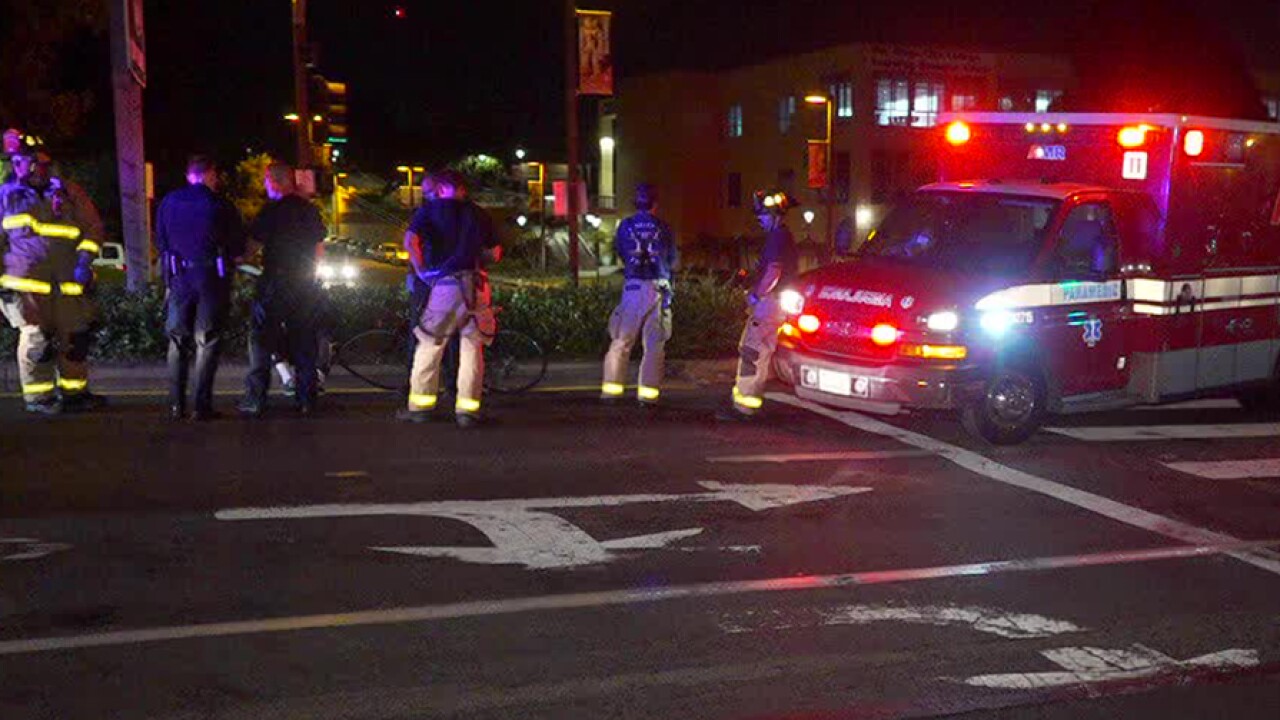 SAN DIEGO (KGTV) – Some good Samaritans chased down an SUV that struck a bicyclist on a downtown San Diego street and drove away.

San Diego police said the incident happened at around 11:45 p.m. Thursday on B Street and Park Boulevard.

Witnesses said a man was on his bike as he crossed B Street on a green light when a woman in an SUV drove through the light and struck him.
After hitting the man, witnesses said the SUV started to drive away.

The witnesses said they flagged down a passing car and asked the couple inside to pursue the SUV and get its license plate information.

10News learned the SUV got away, but the couple was able to get the license plate number and gave the information to police.

The bicyclist suffered a head injury, but he refused to be taken to the hospital.

A description of the SUV and its driver were not immediately released.