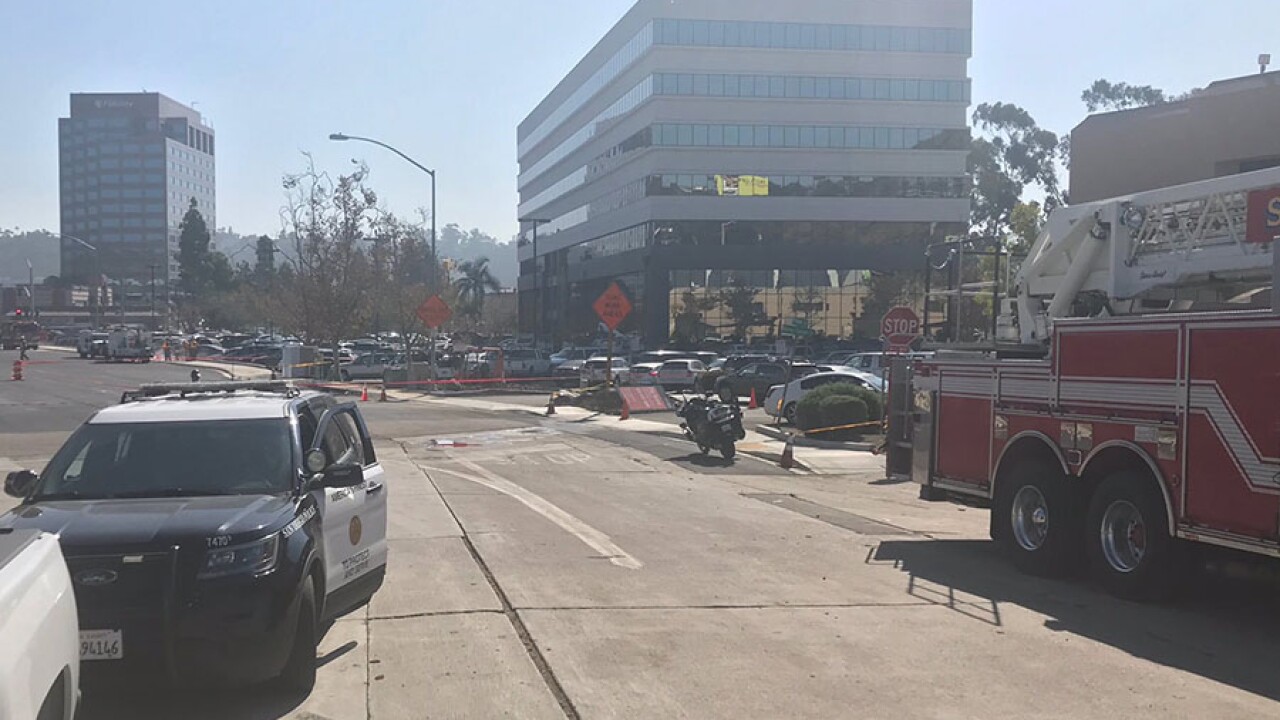 SAN DIEGO (KGTV) -- Evacuations were ordered and several roads were closed due to a gas leak in the Mission Valley area.

The leak was reported shortly before 10:30 a.m. Thursday in the 1500 block of Frazee Road, off Friars Road, according to the San Diego Fire-Rescue Department.

The 1400-1500 blocks of Frazee Road were blocked as crews responded to the incident. Officials told the media that one structure -- a San Diego City College building -- was evacuated.

Two other structures -- a 5-story building and a US Bank high rise -- were advised to shelter in place.

By 12 p.m., San Diego Gas & Electric crews turned the gas off during the repairs.

The leak was believed to have been caused by a construction-related accident.