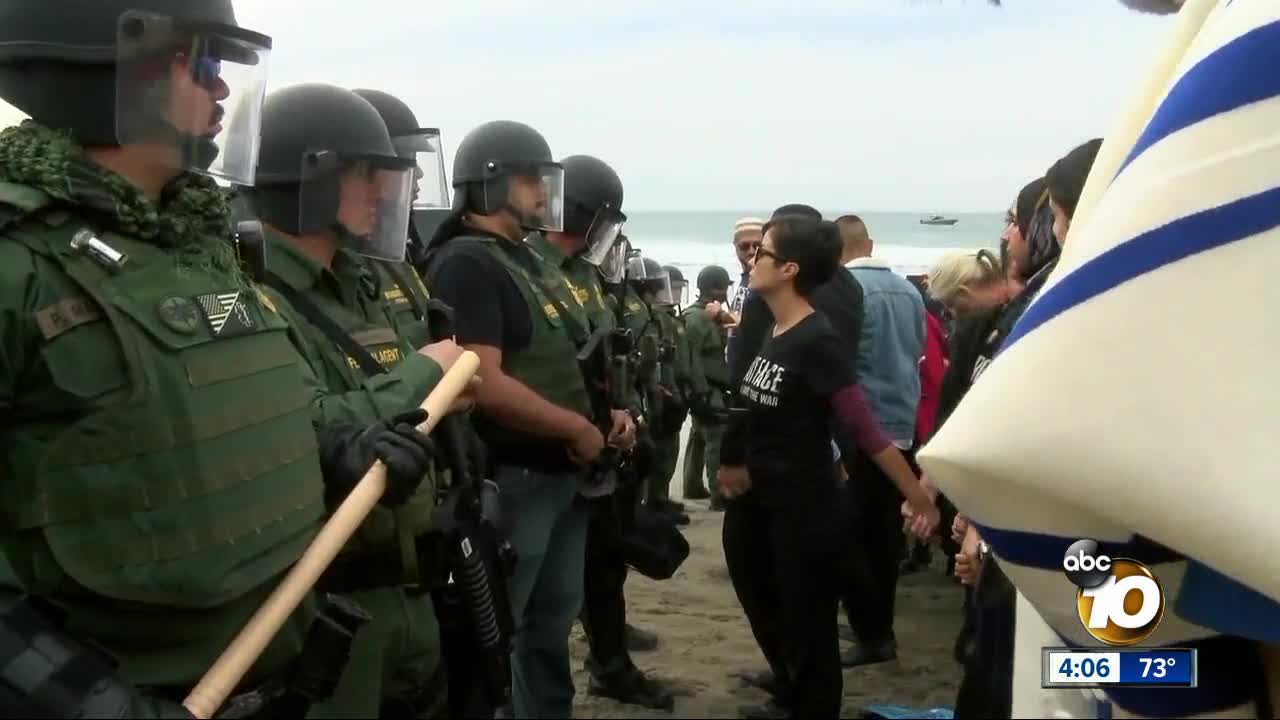 4 people arrested during a massive rally at the border are now in federal court.

SAN DIEGO (KGTV) — Four people who were arrested during a border demonstration in 2018 celebrated a not guilty verdict Monday.

Demonstrators gathered downtown Monday to support two clergy members and two female Army combat veterans who were arrested during the "Love Knows No Borders" event in December 2018. Faith leaders at the U.S.-Mexico border near Friendship Park and some 400 people were calling for an end to detaining and deporting immigrants and showing support for asylum seekers.

The four arrested argued they were exercising their religious freedom and first amendment right to assemble and speak out against injustice.

"Took an oath to protect this constitution and I take that seriously. And what I see all around me is a disregard for what's right. A disregard for people's rights, including the right to protest peacefully on our own land, the land I supposedly defended," Debarros said.

But federal agents showed video of the demonstration, arguing there were numerous no trespassing signs and they made numerous demands and warnings to stay out of the restricted areas or face arrest.

One demonstrator, who was not in court Monday, was arrested for assaulting an officer at the rally.