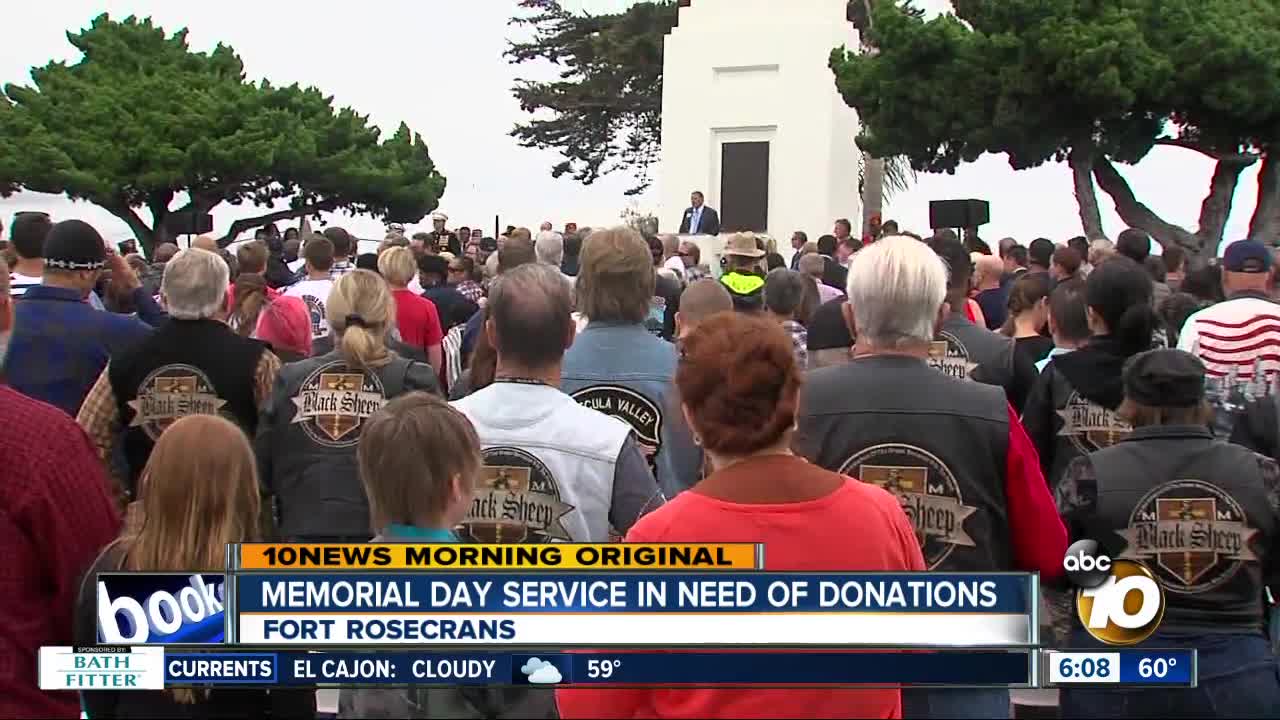 The Memorial Day ceremony at Fort Rosecrans is in jeopardy, as government budget cuts left them in dire need of funding. They're hoping the San Diego community can step up to fill the gaps. 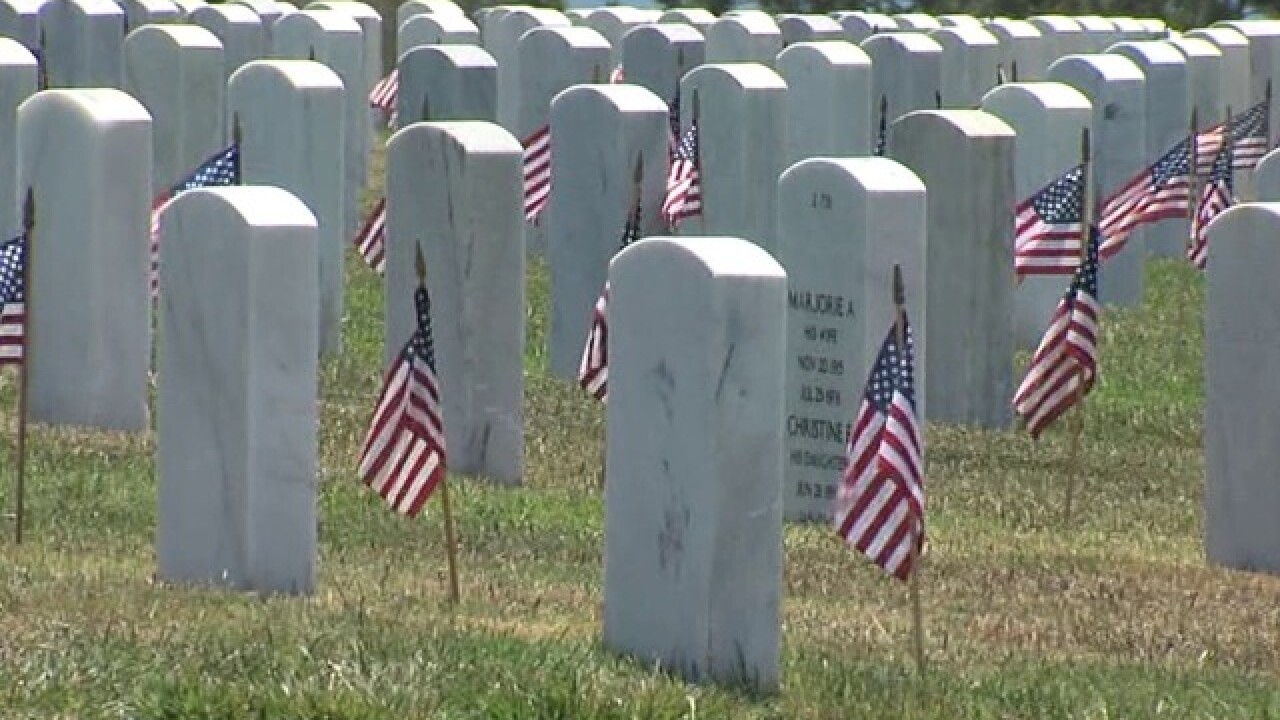 FORT ROSECRANS, Calif. (KGTV) - Organizers of the Fort Rosecrans Memorial Day ceremony say the event is in danger because of budget cuts from the government.

"It would be an absolute disgrace and a disrespect to those 100,000 men and women who are laid at rest at Fort Rosecrans if this doesn't happen," says event Chairman Jeff Simonides.

The event has been going on for 118 years. Simonides says holding it at Fort Rosecrans, where nearly 100,000 servicemen and women are buried, adds significance to the day.

"I have family members, I have friends buried here, and it's a very tranquil place to be," he says. "You don't feel like you're in a cemetery. you feel like you're surrounded by family and friends, and you feel very very much at home."

The group's treasurer says they should have enough money to cover this year's ceremony. But they try to budget a little extra to get things rolling for the next year, and that's where they're falling short.

"Are there other Memorial Day ceremonies in San Diego? Yeah, there are. But this is the biggest. And, certainly it's a biased view, but I think it's the best ceremony we've got," says Treasurer Bryan Caraveo.

Typically, the committee covers most of the $10,000 cost of the ceremony. The cemetery chips in to help cover the rest, paying for things like chairs for guests to sit on, the PA system and other facilities costs.

Budget cuts to the cemetery forced Fort Rosecrans to scale back what it could give to the ceremony.

Now, organizers are hoping the public can help cover the rest.

They've set up a GoFundMe page and are also taking donations on their website. They hope San Diego's close ties to the military will inspire people to give.

"Every nickel, every dollar will count," says Simonides. "It's a tribute to our fallen."