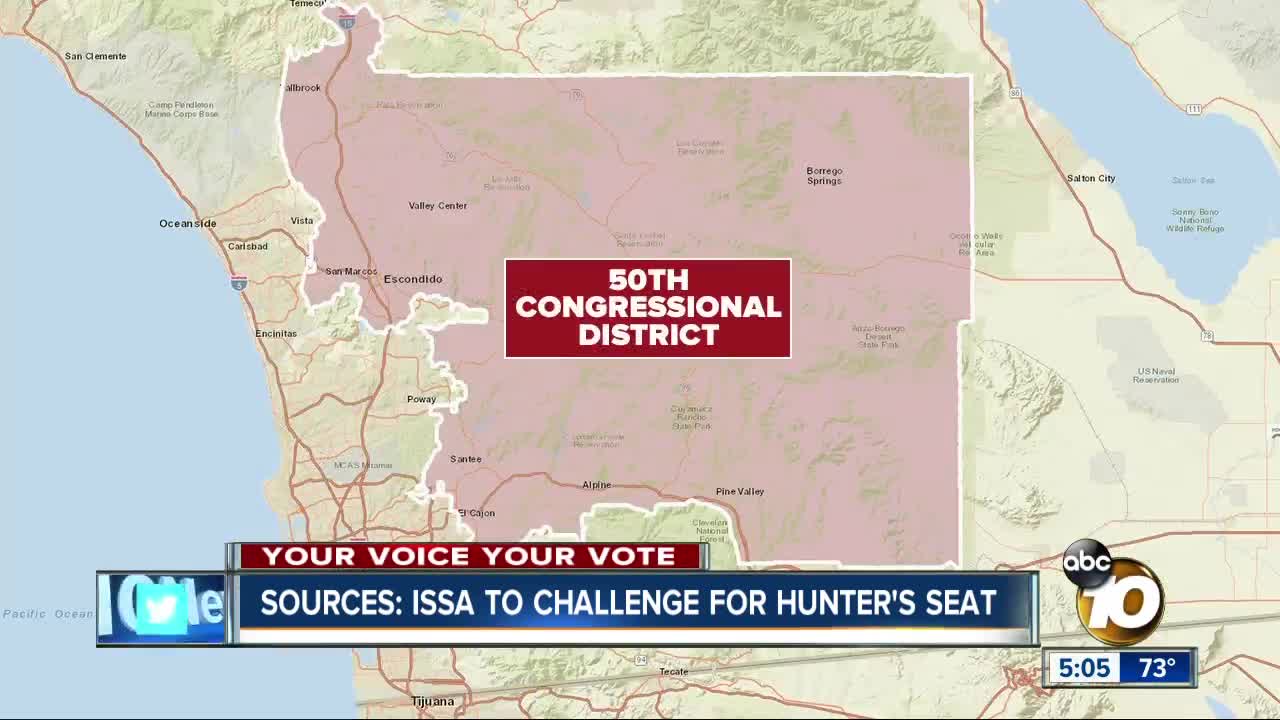 Former Congressman Darrell Issa is poised to end a political retirement that started only last year when he lost his seat in a Democratic wave that turned over seven Republican-held California districts. 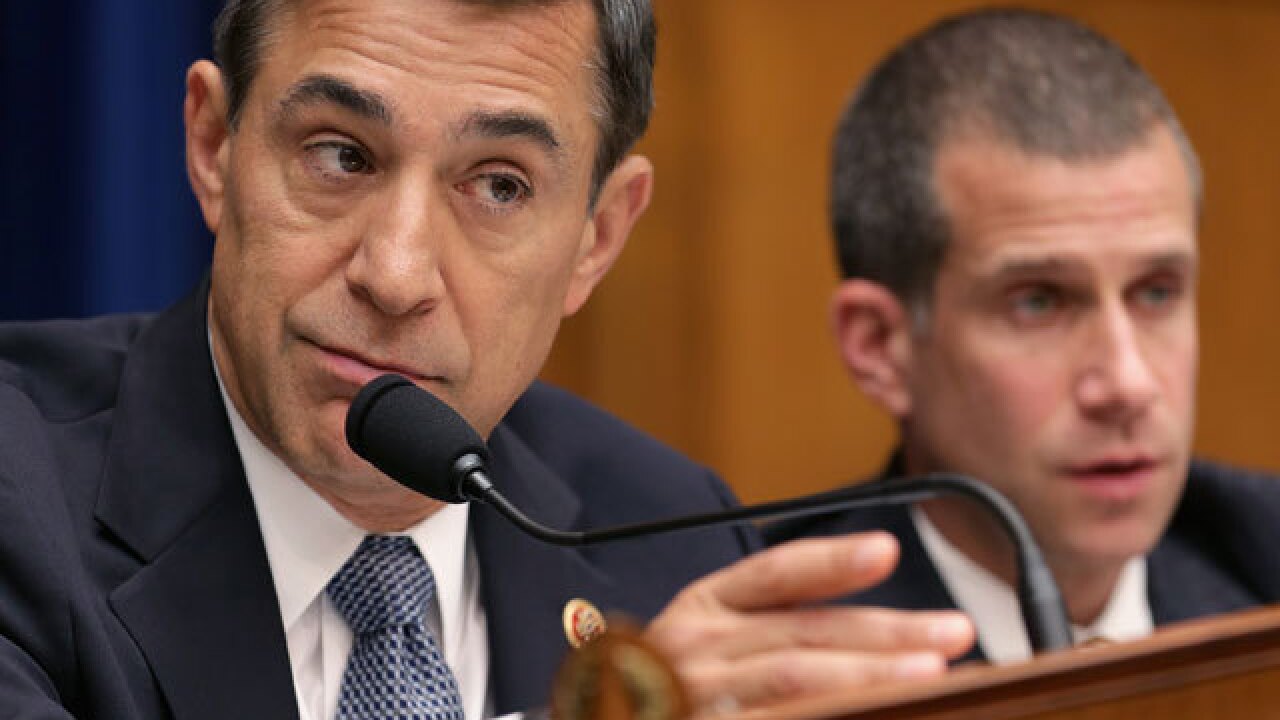 SAN DIEGO (AP) — Former Congressman Darrell Issa is poised to end a political retirement that started only last year when he lost his seat in a Democratic wave that turned over seven Republican-held California districts.

Issa scheduled a news conference for Thursday and will announce he's seeking the seat held by fellow Republican and longtime-U.S. Rep. Duncan Hunter, who is running for re-election while under indictment on corruption charges, said Larry Wilske, a retired Navy SEAL and Republican also running in Hunter's San Diego-area district.

In an interview with The Associated Press on Wednesday, Wilske said Issa told him he will run. Wilske plans to drop out and support Issa.

Issa's entry will make the district near the U.S.-Mexico border one of the most closely watched races in the country.

Hunter and Issa could wind up going head-to-head under California's primary system which allows the top two vote-getters, regardless of party, to compete in the general election.

The move puts Hunter in an increasingly uncomfortable position, given Issa's deep pockets and reputation as a chief antagonist against former President Barack Obama, which could play well in one of Southern California's last staunchly Republican districts.

Hunter narrowly won re-election against Ammar Campa-Najjar, a young Democrat who came within 3.4 percentage points of winning the seat in November in his first run for Congress.

Campa-Najjar said Issa joining the field of candidates "just highlights the fact that Hunter is vulnerable and we're viable, and that Washington insiders are scrambling to find somebody who could effectively challenge our campaign."

Issa, a former nine-term congressman, who made his fortune through a car-alarm company, formed an exploratory committee last month and was widely known to be considering a run. He retired from his long stint in Congress before the 2018 election in a neighboring district that he narrowly won two years earlier.

Issa's decision comes after his confirmation hearing to be director of the U.S. Trade and Development Agency was delayed indefinitely.

Wilske said Issa, 65, is a safer bet that Hunter's district will remain in Republican hands, and his many years in the House pave the way for him to become a ranking member on committees.

"He is rock solid and has enough financially to lock this down," Wilske said.

El Cajon Mayor Bill Wells, who also was running for Hunter's seat, said he too plans to bow out and back Issa.

"I think he's the one in the best position to win and get something done," Wells said. "We need to get back to the business of having a presence in Washington."

Hunter has said he has no plans to step down despite being indicted. He is scheduled to be tried in January for allegedly siphoning campaign money for personal use.

The San Diego County Republican Party is scheduled to consider an endorsement Oct. 14.

Republicans have a big advantage in voter registration in California's 50th district, which covers east San Diego County and a small part of southern Riverside County.

Hunter won a sixth term last year, barely two months after he and his wife were charged with using more than $250,000 in campaign funds for personal expenses ranging from groceries to golf trips and family vacations. Margaret Hunter has pleaded guilty to one corruption count and agreed to cooperate with investigators.

Hunter, whose father represented the district in Congress for 28 years, has pleaded not guilty and framed the charges as political attack by prosecutors sympathetic to Democrat Hillary Clinton's 2016 presidential bid.