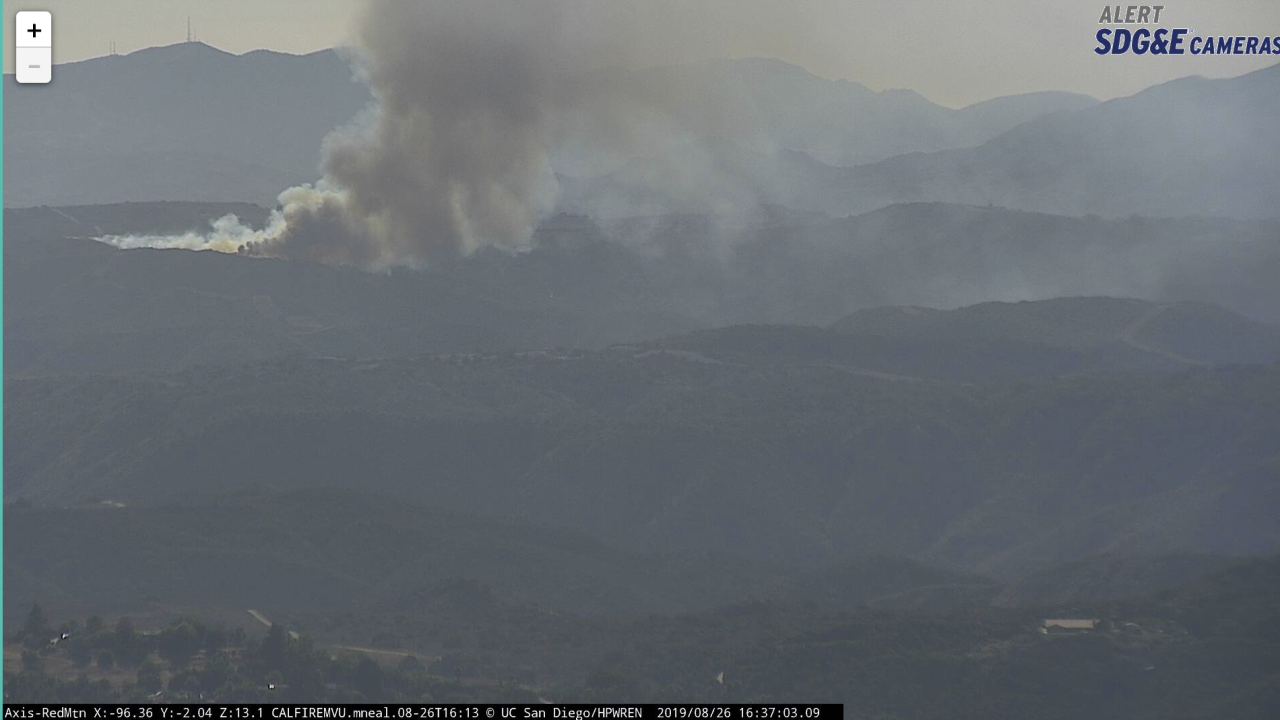 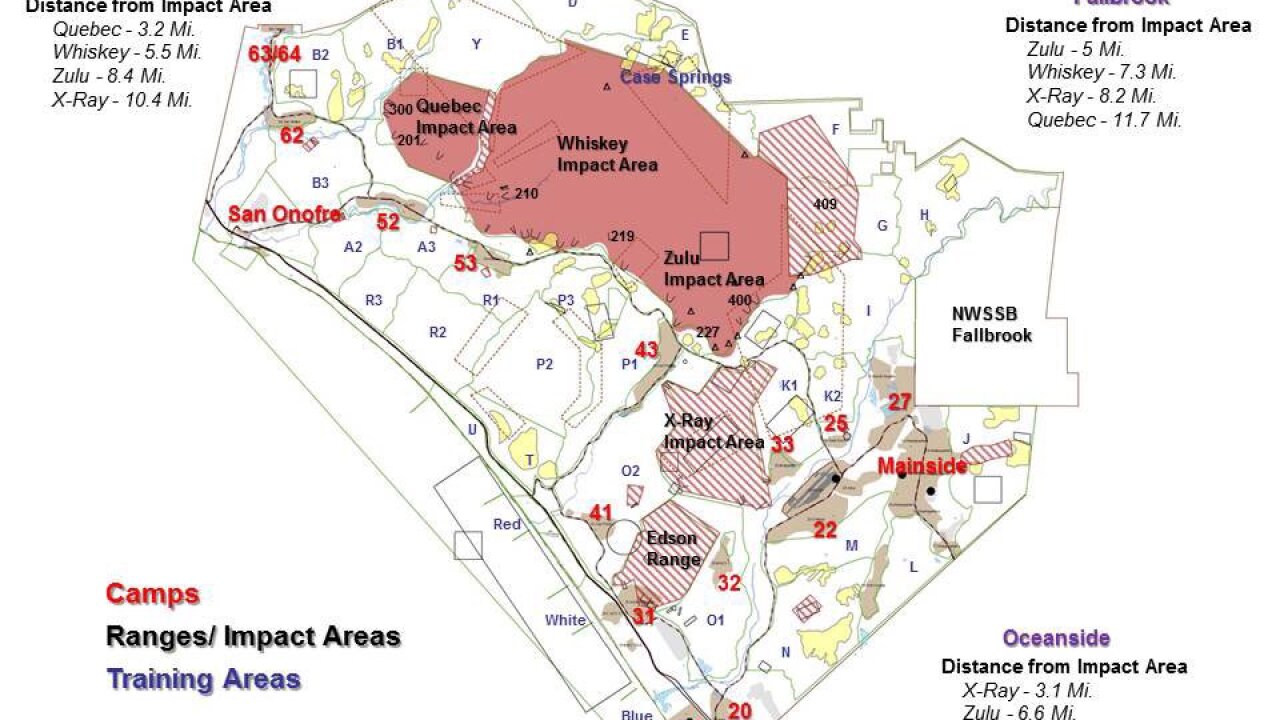 Camp Pendleton officials reported the vegetation fire was located on range 409, at the northeast end of the base.

The smoke was reported in the Fallbrook area near the base, according to North County Fire. SDG&E's Alert fire camera showed a large plume from the Red Mountain viewpoint.

"There is no threat to our district at this time," North County Fire tweeted. Camp Pendleton officials confirmed there was no danger to structures.

Base officials said on Twitter later Monday night that the forward progress of the fire had been stopped.

The cause of the fire is unknown at this time.