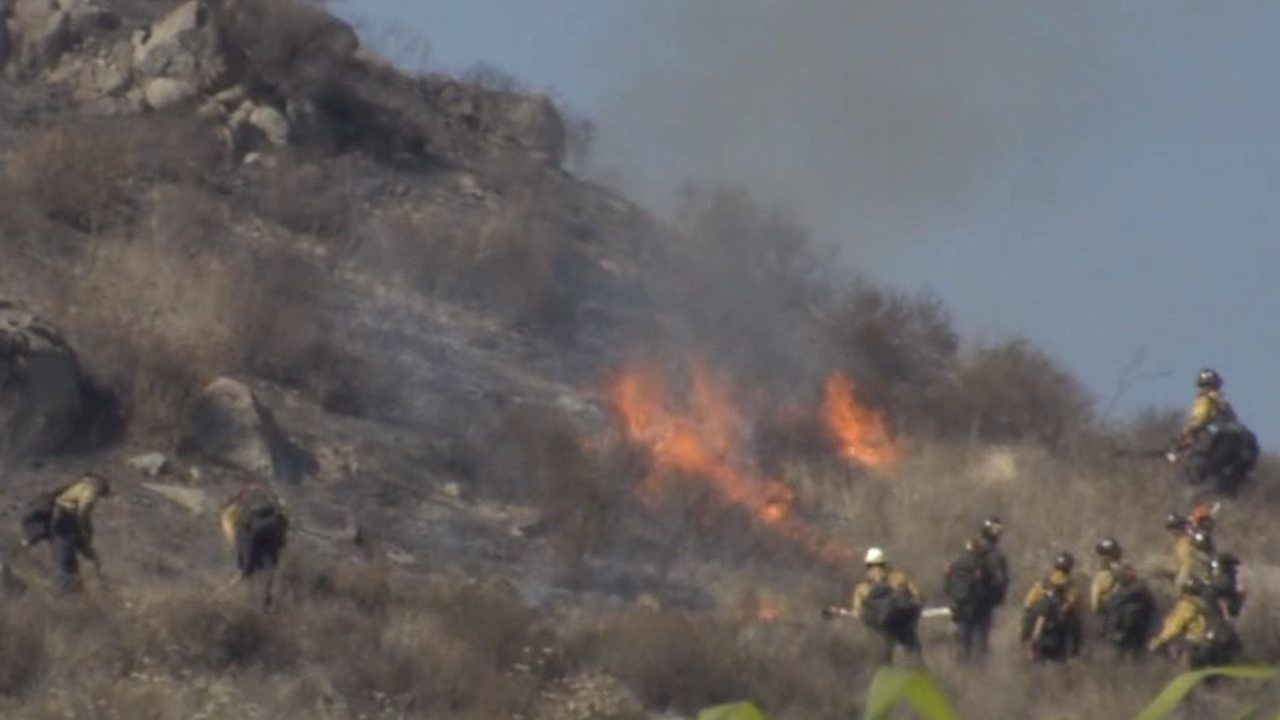 The blaze erupted for unknown reasons in the 1900 block of Vista De La Montana in the Dehesa area at 3:47 p.m. Wednesday, according to Cal Fire.

Deputies cleared people out of residences along that road and on Calle de Nicole as the flames spread, according to the San Diego County Sheriff's Department.

Ground crews and personnel aboard firefighting helicopters and airplanes worked to subdue the flames, and had the fire's spread halted by 5:30 p.m. Wednesday, Cal Fire reported.

All evacuation orders were lifted around 6:45 p.m. Wednesday, according to the state agency.

Two firefighters were treated at the scene for minor injuries, then immediately allowed to return to work, Cal Fire Capt. Thomas Shoots said.

As of 8 a.m., the fire was 90 percent contained, with full containment expected by 5 p.m. Thursday, Cal Fire reported.